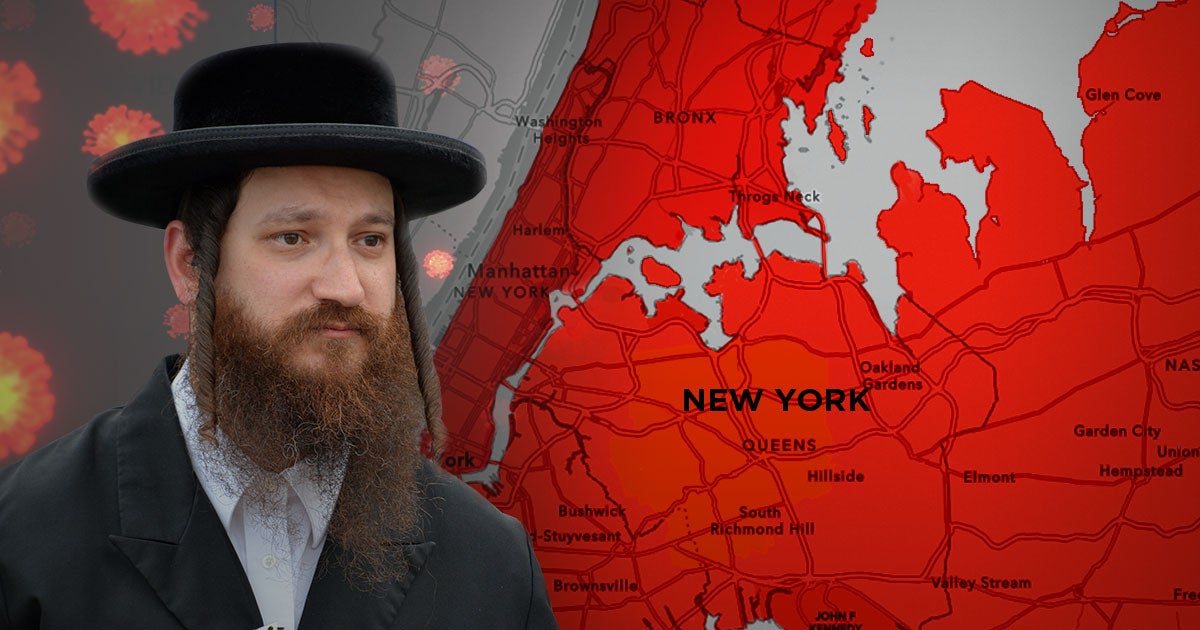 Just when you thought the government takeover of our constitutional freedoms during this pandemic couldn’t get any worse, New York Governor Andrew Cuomo recently announced the Cluster Action Initiative (CAI), a new set of COVID restrictions designating “red,” “orange,” and “yellow” zones to limit people’s movement, activities and their ability to gather in groups—including severe restrictions on religious services and communities.

Houses of worship categorized under the Red Zone are hit with the most onerous restrictions on their religious liberty, where they’ll be subject to a capacity limit of 25% of maximum occupancy or 10 people, whichever is fewer.

The restrictions loosen as one moves down into the Orange or Yellow Zones, the latter which offers the best-case scenario, where houses of worship will be permitted to open at 50% capacity.

Is the government seriously now color-coding geographic zones to determine where and to what extent houses of worship can operate? And is this really happening in the United States, the world’s beacon of freedom and a nation founded on religious liberty?

Upon reading these restrictions, it’s as if one were reading straight from the pages of an Orwellian novel.

While some may dismiss these as dystopian impossibilities, the reality is that these restrictions bring to mind harrowing images of the authoritarian regimes of the past (and, indeed, of some tyrannical rulers in the present) who section off religious communities into zones to stifle and censor them, because their ultimate allegiance is not to the government, but to God.

What makes one shudder about New York’s CAI is how clearly the policy disfavors religious minorities. The disparate treatment against faith-based communities became evident in the first stages of implementing the CAI zones, as Orthodox Jewish communities in specific New York City neighborhoods were among the first groups to be placed into the Red Zone.

Couple that with the fact that the CAI policy includes the term “concentration” in its language, which appears right before the list of neighborhoods (again, many of these are heavily populated with Jewish worshippers) where the government would be mandating citizens to restrict their movement and activities. A poor choice of words, indeed.

(As a side note, some may find it delightfully ironic that the acronym bears a nefarious resemblance to the intelligence-gathering arm of the federal government, the CIA).

And as more evidence of the government’s double standard, it was only a couple of weeks ago that a New York City sheriff’s deputy was seen harassing a Jewish business owner of a pottery shop in Brooklyn for supposed COVID violations. This occurred at the same time that thousands of people gathered in New York streets to celebrate the projected outcome of the presidential election.

In the spirit of fairness, we must mention that government officials did eventually loosen the restrictions and graciously permitted more religious activity. After determining that the necessary “safety” conditions had been met, the government changed the Red Zone restrictions that affected many of these Jewish neighborhoods, and moved them down to the less restrictive Orange Zone.

It might appear benevolent that New York allowed religious gatherings to increase from 10 people to 25 people, and maybe down the line to 50% capacity. But let’s be clear, in America, government shouldn’t be telling churches and synagogues how many people are allowed to gather for worship.

It’s in oppressive nations like China, North Korea or Cuba where this is the criteria. In fact, in a recent and widespread crackdown of Christian churches in China, police officers and Religious Affairs Bureau officials—the Chinese Communist Party’s (CCP) religious enforcement mechanism—have raided house churches and posted signs stating that any gathering of ten people or more without the government’s approval is illegal.

Alongside the “illegal church notices”, it’s also common for the CCP to post pamphlets with the core socialist values of the Party, sending the message that there can only be one capital “G” in the country, and that is Government. What’s more, these pieces of state-approved propaganda are often styled with a red background and in yellow font.

With the CAI and its Red, Orange, and Yellow Zones, Governor Cuomo and officials in the Empire State have shown their true colors.

It’s the height of hypocrisy (not to mention, unconstitutional) when government officials continue to reduce religious communities to non-essential status, excessively limiting their gatherings and even secluding them into clusters…while at the same time allowing (or even encouraging) mass rallies and political celebrations.

Our country is one with a centuries-long legacy and heritage of religious freedom, and a handful of officials declaring an “emergency” does not give them the authority to suspend the Constitution. Houses of worship and people of faith don’t need to wait on the government’s approval or its “blessing” to tell them when, where, how many people and under what conditions they can operate.