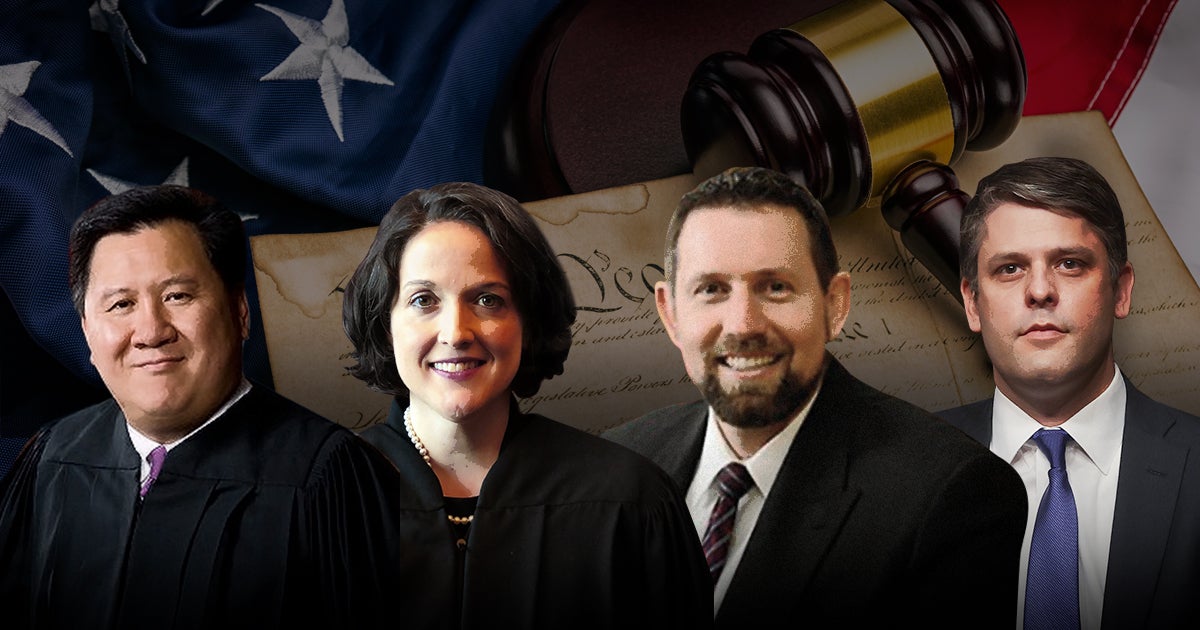 Even as proponents of court-packing attempt to stage a brazen coup of the U.S. Supreme Court and the lower federal courts, there is good news we can point to as it relates to America’s judiciary.

You’ll recall that the previous presidential administration confirmed over 230 judges to the federal bench, shattering records not seen in decades during a president’s first term in office.

What’s more, a vast majority of these judges’ records and background demonstrated an originalist philosophy—a commitment to interpreting the Constitution according to its original text, including the First Amendment’s protection of religious freedom.

Judicial experts predicted the confirmation of originalist judges would leave a lasting legacy. Many spoke of the future impact that these judges would have on the rule of law and the protection of fundamental liberties, especially as Americans continue facing imminent threats to our God-given rights.

But what offers even more hope and optimism for those concerned about attacks on our freedoms is that originalist judges in the federal courts are making a difference right now.

Legal scholars point to a wave of recent judicial opinions issued by Trump-era appointed judges, who appear to be taking a less deferential approach to federal executive authority, what’s often called “pen and phone” decision-making (in other words, policies created not through legislation but often rammed through via executive orders).

Thanks to the quality and quantity of the judges appointed throughout the last administration, a train of government overreach and abuses of federal executive power is being brought to a grinding halt.

To put this into perspective, consider that President Biden signed more executive orders and memorandums than any of the last three presidents in their first 100 days in office.

As federal judges continue to rein a slew of unconstitutional government dictates coming from the current administration, not only will YOU be the one who reaps the benefits today, but also your children and grandchildren whose rights will likely be protected by judges committed to upholding the Constitution. 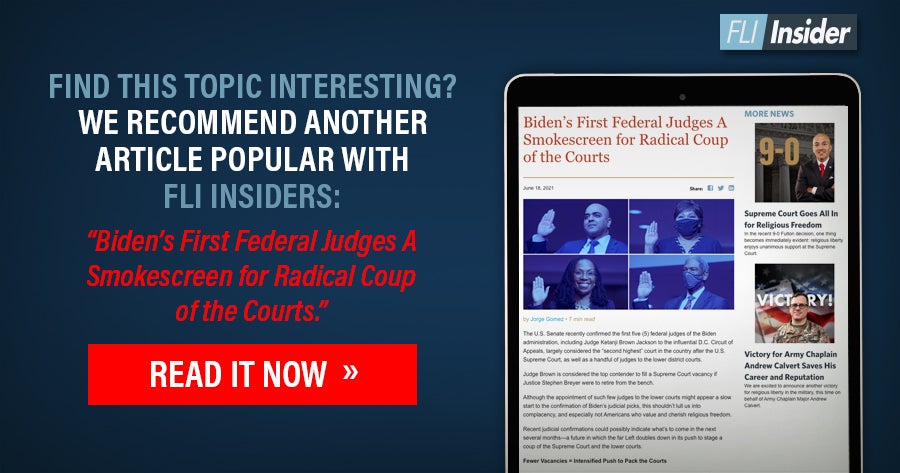 The impact of originalist judges and recent federal court rulings are a very positive sign for the future of American law and the Constitution. But we cannot lose sight of the Biden administration’s agenda to “restore balance” to the courts.

This so-called “balance” is a thin veil to cover up the real plan: Installing as many liberal judges as possible who can rubber-stamp one party’s political wishes, even if it comes at the expense of Americans’ constitutional freedoms.

Just last week, the Biden administration announced its latest wave of judicial nominations, adding eight more picks to fill empty slots on the federal bench. This brings the total count of Biden judicial nominees to approximately twenty-four (24), according to the latest data from the Administrative Office of the U.S. Courts.

Though it may seem like a small number, it’s the fastest pace of nominations at this point in a president’s first term since Ronald Reagan in the early 1980’s.

Despite the U.S. Senate being narrowly divided, seven (7) of President Biden’s judicial picks have been confirmed for lifetime judgeships so far. (This number of confirmations at this point in a president’s first term is higher than anyone since Richard Nixon).

But President Biden and his administration aren’t just taking an aggressive approach to current judicial vacancies.

There’s also the impending court-packing plot to rig the entire judiciary by creating more empty judicial seats that can be filled for the radical Left’s political gain.

Let’s not forget there’s pending legislation in Congress to add four (4) seats to the U.S. Supreme Court and give one party the upper hand in stacking an “Automatic Majority” to rule in their favor. And if that weren’t enough, there’s also President Biden’s supposed “impartial” and “bipartisan” Supreme Court commission that’s looking for ways to “reform” the courts.

Though they may try to benignly call it “court reform” or “restoring balance,” it’s clear what elites on one side of the political aisle are after: Consolidating power, turning the judiciary into their puppet and ultimately bringing U.S. citizens under their authority and policies.

This is a time when people of faith in America must do more than just stand strong—we need to step up and defend the Constitution like never before. Because without an impartial and independent judiciary, fundamental liberties like religious freedom are in dire jeopardy.

Like never before, now is one of the most crucial times in our nation’s history for you to stand with First Liberty. With your support, we can expose this radical plot to destroy our nation’s court system by educating millions of Americans of how court-packing will quickly turn to tyranny. 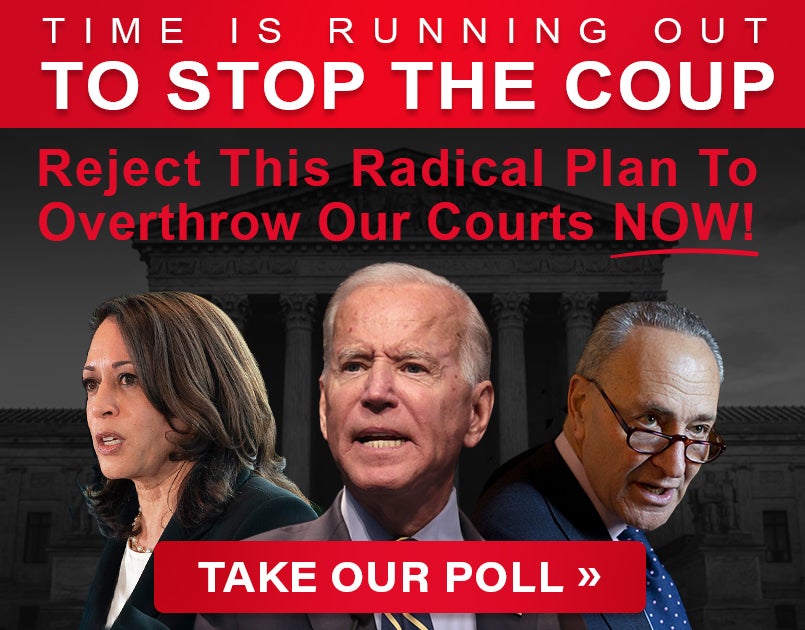