From SCOTUS to Lower Federal Courts, Originalist Judges Will Change the Future of Our Country 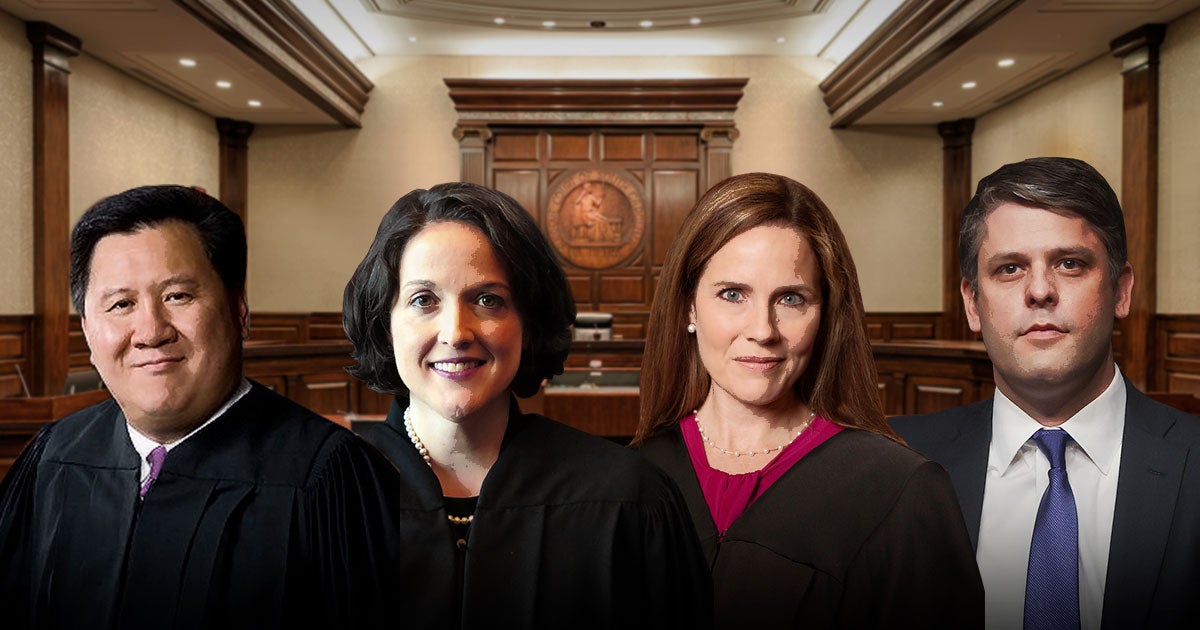 With the confirmation of Justice Amy Coney Barrett, balance has been restored to the U.S. Supreme Court (SCOTUS) for the first time in nearly a century. The nation’s highest court is now comprised of justices who will interpret the law according to the written word and original intent of the Constitution, and who will carry out their constitutional duties as judges instead of legislating from the bench.

While adding constitutionalist justices to SCOTUS will most certainly have a profound impact on the law and the future of our country, it is important to remember that fewer than one percent of all cases make it to the Supreme Court.

The vast majority of cases that enter the federal court system are decided in the district courts and courts of appeal. Because many religious freedom cases are often decided in the lower federal courts, First Liberty continues working tirelessly to ensure that only judges committed to the Constitution and with a strong record of protecting religious freedom are confirmed to these lifetime positions.

In this edition, we’re taking a look at what federal judicial vacancies remain to be filled now that the Supreme Court is fully staffed. We’ll also recap the dramatic shift that’s happened in the federal judiciary in the last four years, a transformation that could impact our freedoms for decades to come.

But consider the incredible transformation that’s happened during the president’s first term. There are currently 405 conservative-appointed judges compared to 397 liberal-appointed judges, representing a 127-judge swing in favor of conservative appointees, for which First Liberty has conducted in-depth research and analysis to ensure their legal careers, background and judicial philosophies reflect a commitment to religious liberty and the First Amendment.

The graphs below show how record confirmations under the President have reshaped the makeup of district and appeals courts: 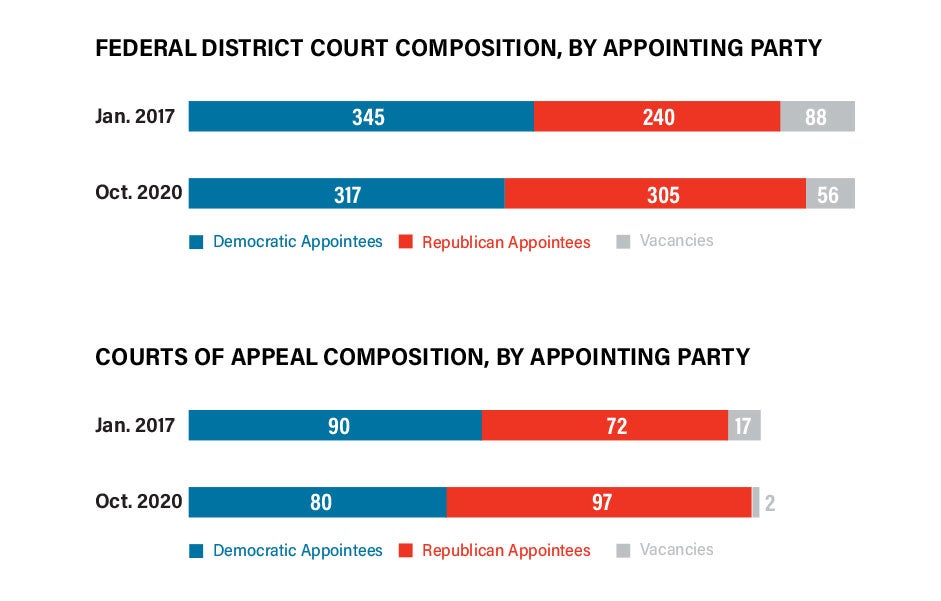 * These numbers reflect judicial confirmations and vacancies as of Nov. 2, 2020. Data courtesy of U.S. Courts website.

Because the federal judiciary now consists of a majority of conservative-appointed judges compared to a liberal-appointed majority, as it was four years ago, the probability of a religious liberty case being heard by a principled, constitutionalist judge (or a panel of them) are the highest they have been in decades.

Think about the impact this could have on our constitutional freedoms, especially with such a vast number of textualist judges who will interpret the Constitution according to its text and original intent.

We can also see incredible impact when looking at the average age of the president’s federal appointees. Here’s a breakdown estimating the total number of years of judicial service we could anticipate just from the appointees in the last four years: 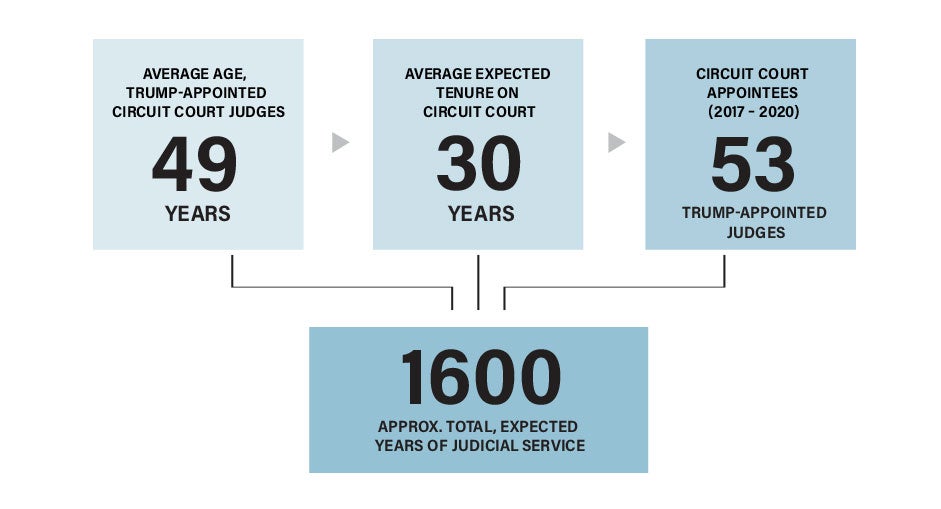 What’s more, when you aggregate the judicial service of circuit court appointees and the more than 150 federal district court judges appointed under the president, it’s expected that the nation will receive more than 2,600 years of combined conservative judicial service.

Although we’ve seen record-breaking confirmations, our work is nowhere near finished. There are still nearly 60 judicial vacancies, with dozens more anticipated in the next four years.

Filling those vacancies with textualist judges is critical to ensure that our children and grandchildren will live in an America with strong protections for religious liberty.

Even in this year of unprecedented challenges, First Liberty continues to be uniquely positioned (by God’s grace) to take action to protect religious freedom for all Americans. Your continued support of First Liberty provides the resources we need to diligently fight for the future of our country, preserving our constitutional system and the freedoms we cherish.