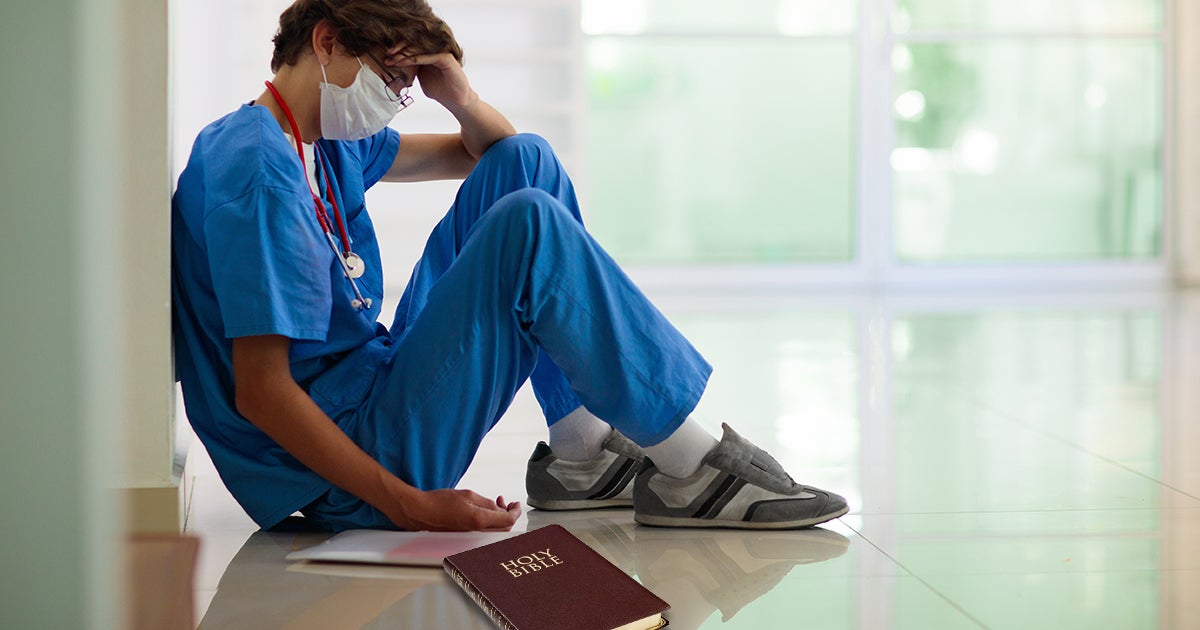 With the election garnering much of the national attention in recent weeks, it’s easy to lose sight of the bigger constitutional battle going on right now in our country, especially the fight to protect religious freedom.

Not only are we witnessing state and local officials exploiting the current crisis to indefinitely shut down churches, but there’s also a much “quieter” wave of assaults happening against people of faith in health professions, one of the emergent battlefronts for our First Freedom.

Last month, First Liberty attorneys filed a charge of discrimination with the U.S. Equal Employment Opportunity Commission (EEOC) on behalf of our client Zach Stevens, after he was fired due to his religious beliefs.

As someone motivated by his Christian faith to reach out to the underserved, Zach has spent more than a decade providing services and assistance to communities worldwide through medical, educational, and development activities.

Zach’s commitment to service earned him the National Health Service Corps Scholarship Program Award, which he sought to use to apply for a position with the Washington Department of Corrections, a designated Health Professional Shortage Area.

After interviewing, officials at the facility extended him a conditional offer of employment and even described him as a “phenomenal fit” for the Monroe Correctional Complex (MCC). Zach enthusiastically accepted the offer to be an Advanced Care Practitioner in November of 2019.

Shortly after, the Human Resources Officer called Zach and asked specifically about his religious beliefs in relation to off-label hormone therapy and invasive medical procedures for transgender inmates. After explaining both his medical and religious objections to the invasive therapies, he asked for a religious accommodation.

Since MCC had other medical professionals on staff who were able to provide the invasive therapies and off-label medications, accommodating Zach’s religious beliefs would have caused no hardship for MCC. However, earlier this year, MCC fired Zach from his position.

Title VII of the Civil Rights Act of 1964 explicitly prohibits employment discrimination on the basis of religion. Employers are required to accommodate an employee’s religious beliefs if doing so would present no more than a minimal burden to the employer.

“Zach provides medical care for everyone, but he cannot in good conscience personally administer or perform procedures that violate his religious convictions. Employers can neither ask about your religious beliefs, nor make employment decisions because of them. Zach’s former employer did both.”

Unfortunately, Zach Stevens’ case isn’t an anomaly. Healthcare professionals are being singled-out every day for their religious faith, increasingly making the health industry one of the fiercest battlegrounds for religious freedom:

If you can be forced to violate your conscience in the workplace, or be removed from your job because of your religious beliefs, what’s stopping the secular Left and activists from attacking all areas in which you live out your faith?

Right now, we urge you to join First Liberty on this critical battlefront for our First Freedom.

When you go All In by making a financial gift, you’re helping First Liberty continue winning major, landmark victories that will secure your right to live out, serve and work consistently with your beliefs.