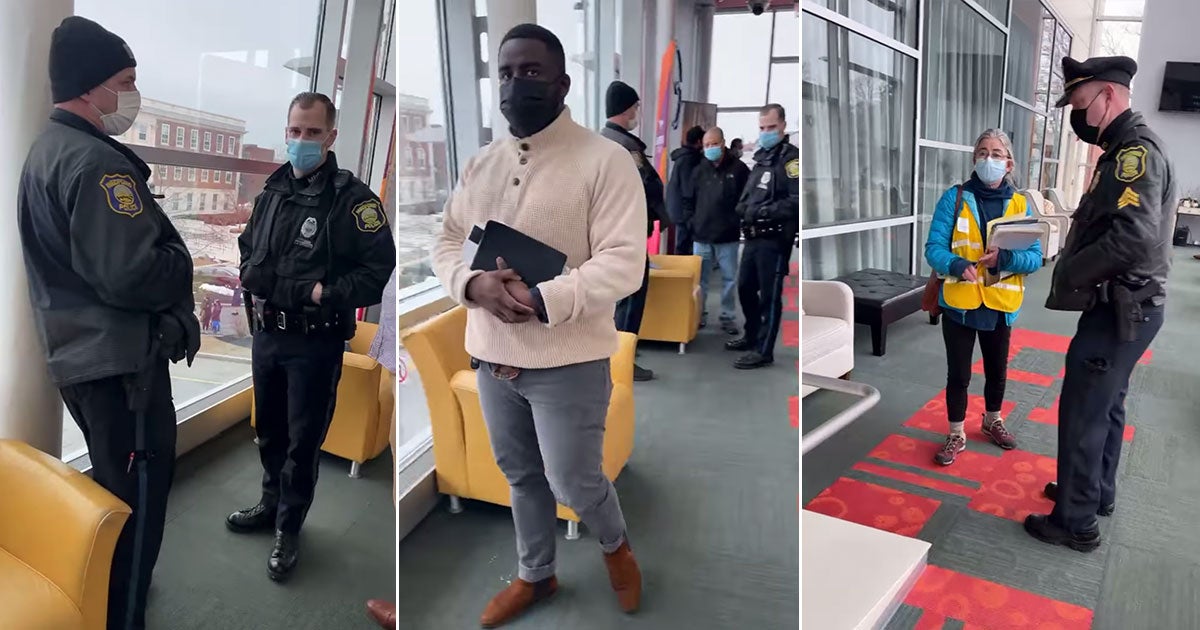 A little over a week ago, I was sitting in a meeting in the conference room we affectionately refer to as the “fish bowl” since three of the four walls are floor to ceiling glass, when I noticed two of my colleagues with serious expressions on their faces motioning to me to take a phone call.

That is unless you work for First Liberty Institute.

Because of the nature of our work defending religious liberty for people of all faiths across the country, our team has to be prepared for a seemingly unending list of scenarios. The matters we engage in range from litigation that can last years in order to win precedent setting decisions from appellate courts, to an urgent situation that might only take days to resolve but requires immediate action. Such was the situation in Medford, MA, for the congregation of Vida Real.

The members of Vida Real (or “Real Life”) meet in a building directly across the street from Medford City Hall. On February 28, during their regular Sunday morning worship, a “civil servant” from the health department accompanied by multiple police officers interrupted Pastor Luis Morales’s sermon.

The bureaucrat (ironically enough, “registered sanitarian” is what the local government calls this position) entered the sanctuary taking video and pictures with her phone causing many of the church goers to panic. City officials took this outrageous action because they suspected the church might be over capacity based on COVID restrictions requiring the building to have no more than 40% occupancy. (The following day the limit was set to be increased to 50%).

Watch the video below. In it, you’ll see Pastor Morales explain what happened that Sunday morning, including footage of the local officials intruding the church’s building:

If the city had concerns about attendance, anyone from the health department could have easily walked across the street anytime during the week to discuss it with the pastor. Instead, they chose to execute an Elliot Ness-style raid on the congregation during the most sacred hour of the week.

Pastor Morales spent most of Sunday trying to reassure his congregation and encourage them to continue coming to church. By Monday, when he connected with First Liberty, he knew he needed help to be sure this sort of intrusion would not happen again. That’s when I got the call from our Deputy General Counsel, Justin Butterfield. Fortunately, I was able to get a seat on the 8:00 PM flight from Dallas to Boston and Justin briefed me on the situation while I drove to the airport.

Meanwhile in Washington, D.C. one of our litigators, Jordan Pratt was going through the same scenario.

I spent most of the day with Pastor Morales learning as much about the situation as possible. By the time Jordan and I connected in Medford the City had asked for a meeting to discuss what happened. I passed on everything we knew at that point and Jordan took over.

Our hunch was the fact the city requested the meeting indicated someone in city government understood this was an unnecessary intrusion into the life of this congregation and wanted to bring the situation to an amicable resolution.

Our hunch was correct. Jordan handled the meeting with the city beautifully like the expert professional he is and by the time I made it to the gate at Logan Airport, we’d successfully secured an important victory for Pastor Morales and his congregation. The City admitted it had botched the situation. Pastor Morales was satisfied that it would never happen again.

Almost as quickly as it began, the matter was settled thanks to our legal team being on the frontlines within hours of the incident occurring.

And of course, the joy and the privilege I have to help people of faith and everyday American heroes like Pastor Morales is only possible thanks to YOU—the Ones who faithfully and generously support First Liberty.