Poll: Are Americans Afraid to be Free? 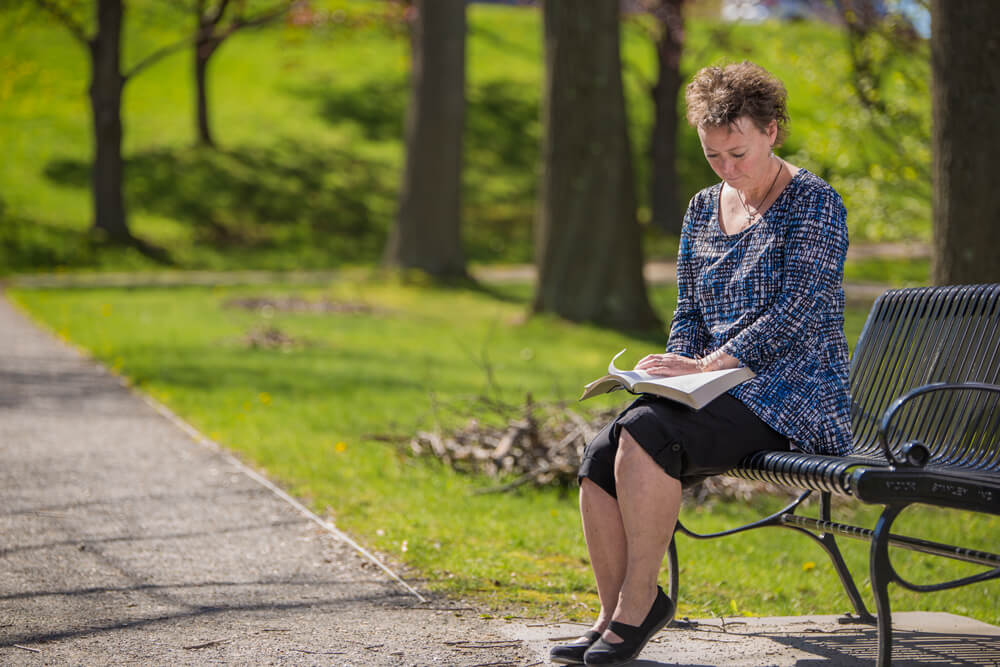 Toni Richardson: “I have self-censored my speech in private conversations, stripping it of anything that sounds religious.” Yet still, she’s fighting back.

There may be no better way to explain the need for a robust legal defense of religious freedom than two pieces of information that emerged in the past month: An opinion survey on the loss of freedom of speech, and the alarming words of one victim of religious discrimination.

The opinion survey was the Rasmussen Reports poll that showed less than one of every three Americans still believe we have true freedom of speech. The survey showed that Americans perceive the main culprit for suppression of free speech to be that “the country is too politically correct.”

The survey polled 1,000 American adults from a demographic cross-section of the population. It was conducted in August, using a combination of telephone and online contacts.

Just 28 percent answered, “Americans have true freedom of speech today,” which would include religious speech. That’s just over one in four. To turn it around, almost three out of four Americans lack confidence that we have freedom of speech! 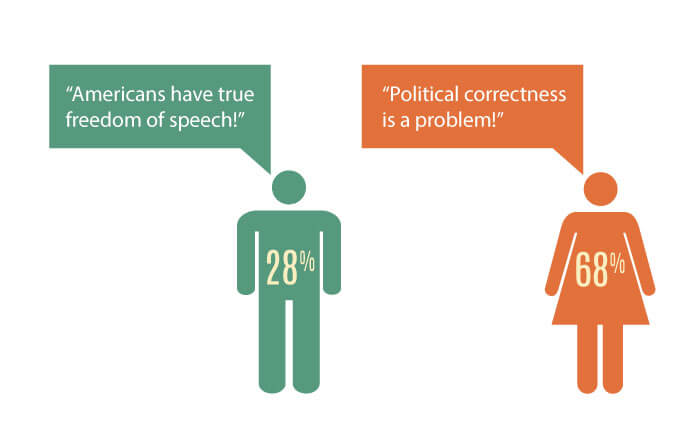 The questions also asked if Americans “have to be careful not to say something politically incorrect to avoid getting in trouble” and followed up by asking, “Is political correctness a problem in America today?”

Overall, 68 percent answered that political correctness is a problem. And 66 percent said you have to be careful not to say something politically incorrect to avoid getting into trouble.

The fear of saying something that violates political correctness now exceeds fear of flying, fear of heights, fear of public speaking, fear of “bugs, snakes, and animals,” and other similar anxieties, all of which afflict, at most, one in four Americans.[i]

These facts should ring alarm bells for any freedom-loving American. But it should be a special concern for those worried that we could lose our religious freedoms.

In the minds of most Americans, “political correctness” typically includes pressure against the open exercise of religious liberty. This especially targets traditional religious viewpoints such as conservative Christianity, Orthodox Judaism, and other faiths followed by millions.

Political correctness, as normally defined, would include actions against people of faith such as:

All of these are the tip of the iceberg, a sample of real cases handled by First Liberty Institute. The total list could go on for many pages.

Is fear of freedom taking hold of Americans—including people of faith—to the extent that we resign the rights our forefathers died to preserve?

Which brings us to Toni Richardson—a woman who may be the living embodiment of the Rasmussen Survey.

Toni, a school employee in Augusta, Maine, who helps special education students, was interrogated, handed a “Coaching Memorandum,” and threatened with termination if she continued to utter politically incorrect statements of faith at work.

What did she say that was so heinous? Toni privately told a coworker—who also attended her church—that she would pray for him! Any more of that and she could be gone, according to her Orwellian “Coaching Memorandum.”

She’s fighting the school’s actions, which violate federal law. First Liberty is partnering with one of the top attorneys in Maine to reverse this appalling attack on Toni’s free speech.

What’s chilling, though, is what the ordeal has done to Toni’s outward persona with her coworkers, including her comfort in engaging in her right of free speech.

“I have self-censored my speech in private conversations, stripping it of anything that sounds religious,” she says. “I used to say a lot of things to my colleagues during casual, private conversations. For instance, I might say, ‘Praise the Lord’ when something good is happening.”

She laments, “But now, things are different . . . At times I have even consciously avoided wearing jewelry with crosses for fear of violating the directives of the coaching memorandum and facing further discipline or dismissal.”

TIME TO HIT THE BRAKES

What’s happening to America? What’s going on inside the heads and hearts of our citizens?

Is fear of freedom taking hold of Americans—including people of faith—to the extent that we resign the rights our forefathers died to preserve? May it never be.

Those who care about religious freedom need to be those who dare to save it. That includes courageous legal action such as that taken by Toni Richardson. But silence is not an option, nor is passivity in the face of intimidation. The law is on our side, but we must enforce it.

Otherwise, the trends picked up by the Rasmussen survey could become a self-fulfilling prophecy.