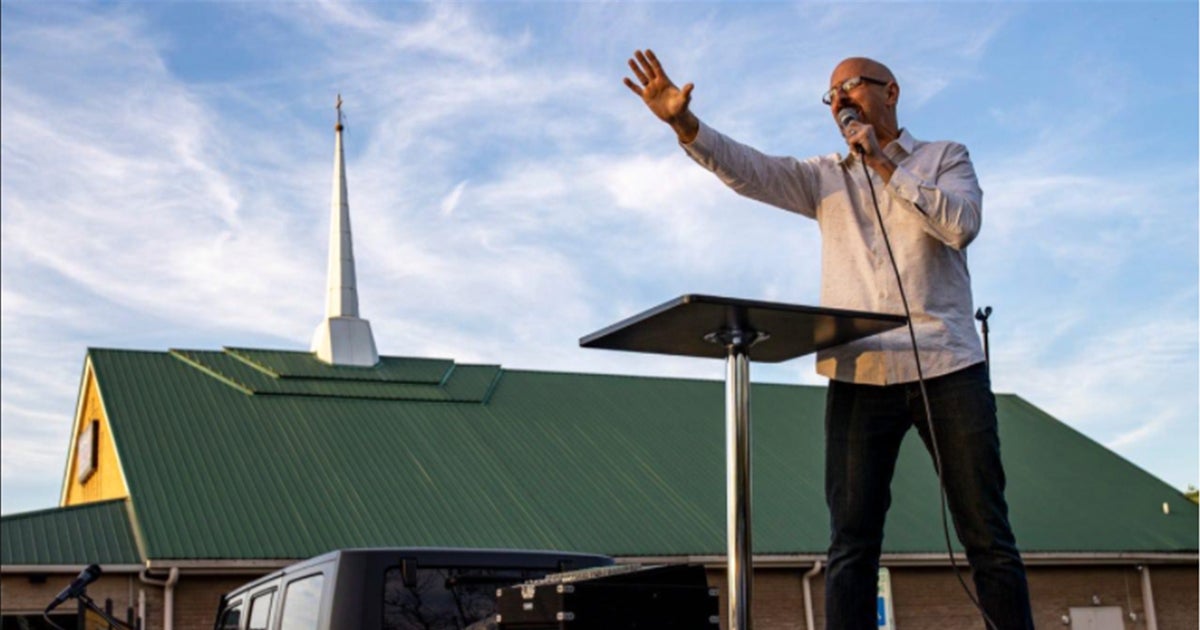 For houses of worship nationwide, hosting drive-in services has become one of the most essential ways to stay connected with members and communities in these times of “social distancing.”

Shockingly, some state and local officials have abused their power and misapplied emergency orders, leading to discrimination against churches. That’s why over the last several weeks, First Liberty has been on the frontlines, defending and reclaiming the right of churches to host drive-in services compliant with CDC guidelines.

This week, we secured a critical victory for On Fire Christian Church in Louisville, KY. First Liberty attorneys reached a settlement with the city mayor that will allow On Fire to continue hosting CDC-compliant drive-in services.

The triumph is welcome breath of fresh air, as just last Sunday nails were dropped at the entrance and exit area of the church property while the Sunday drive-in worship service was underway. On-site security personnel noticed the nails just prior to the end of the service. Thankfully, no damage was reported, but these acts of hatred, vandalism and discrimination clearly show why we must remain vigilant and protect religious liberty during this season of strife.

Of course, we not only rejoice in the victory for On Fire Church, but also in the fact that we’ve been able to win numerous legal battles and reclaimed religious liberty for many other houses of worship across the country.

With the incredible momentum right now in favor of our First Freedom, First Liberty’s legal team continues to fight in the frontlines for churches and religious institutions in other areas of the country…this time in one of the states hardest hit by the pandemic: New York.

Pastors, churches and houses of worship need our help in these times of crisis.

Will you go All In with First Liberty to defend their religious freedom?

This week, in another crucial victory, county officials in Chemung County, NY today stated they will once again respect drive-in church services. The change came about a day after First Liberty Institute sent the county executive a letter explaining that its previous stay-at-home policy was inconsistent with the Constitution, federal law, and CDC guidelines. First Liberty clients include three local churches, His Tabernacle, Journey Center and Pine Creek Christian Center.

These three churches have rigorously followed the CDC guidelines for the COVID-19 crisis. What’s more, between March 18th and April 6th, His Tabernacle not only held weekly drive in church services, but also distributed thousands of pounds of food to the local community, making sure they would comply with the Chemung County Board of Health and CDC Guidelines. Initially, attendees remained in their vehicles, although some sat on or knelt beside their cars, and a few were in the back of a pickup truck.

Similarly, Pines City Christian Church had one drive-in service on April 5th in which twelve cars attended. The cars were spaced one parking space apart across their lot. Pastor Scott Lowmaster of Journey Center hoped to conduct drive-in church services for the first time on Easter Sunday.

Recently, however, County Executive Christopher Moss announced that drive-in services were prohibited, leaving church leaders in fear that their members will be fined and criminally prosecuted.

Thankfully, our most recent victory helps to ensure that local officials will respect the First Amendment rights of local churches.

Bottom line, singling out churches for restrictions beyond what is required for other entities is simply unconstitutional. Churches that follow CDC guidelines while also creatively serving their communities should be applauded, not targeted.

Permanent restrictions on freedom will never be tolerated as long as First Liberty has anything to say about it. With your support, our team of legal experts will keep defending your right to live out your faith.

And in a volatile time where enemies of religious liberty are using these circumstances as an excuse to attack and undermine this sacred freedom, we are counting on your support now more than ever as we go All In to fight back. Will you go all in with us?