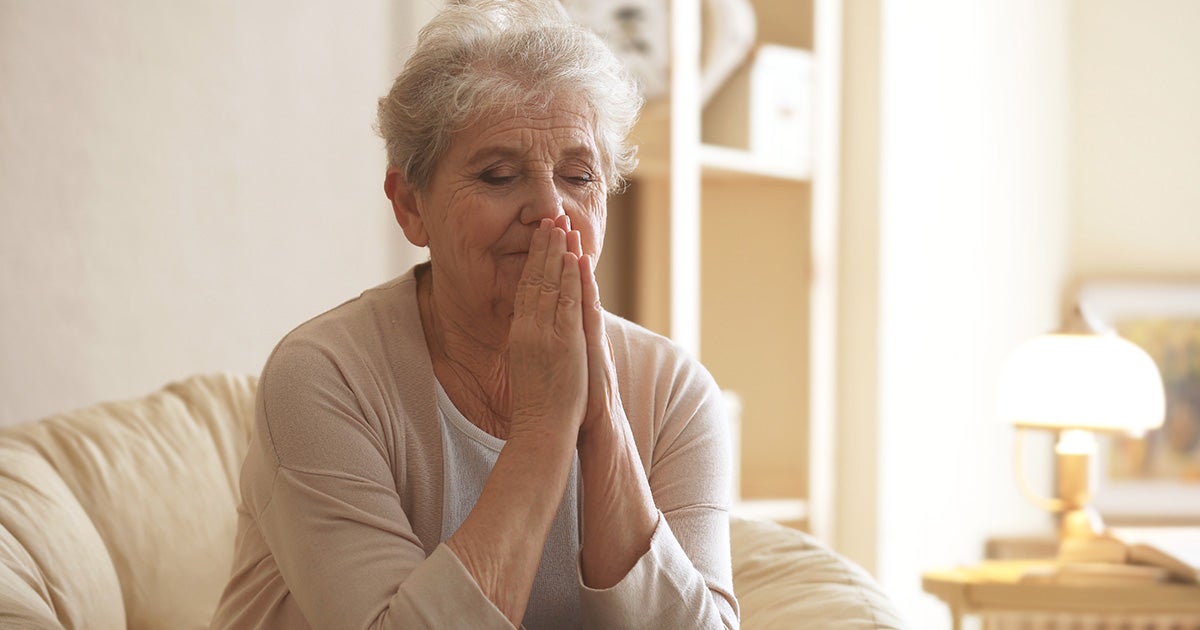 In recent years, we’ve seen a troubling spike of attacks on religious freedom in the most sacred space of all: our very own homes.

If we aren’t free to live out our faith at home, are we really free at all?

With 2020 just getting started, First Liberty is already on a winning streak for reclaiming religious freedom for all Americans. The following is a quick recap of some of our latest victories regarding our constitutional right to freely live out our faith…right where we live.

Surely, of all places, your own living room should be a safe space to practice your faith.

Would you consider giving to First Liberty Institute to help us fight back against the opponents of religious freedom?

This week, First Liberty reached a settlement on behalf of our client, Donna Dunbar, a retired senior in Florida who’d been denied access to her apartment community’s social room for meetings based on their religious content.

The agreement is excellent news—it states that Donna may continue to use the social room on a weekly basis to hold a Bible study without being subject to special rules or restrictions.

Mrs. Dunbar—a lay minister and recipient of the President’s Volunteer Service Award—held a small Bible study once a week in the Cambridge House Condominiums social room. Shockingly, last year, the Cambridge House Board put into effect a discriminatory policy stating, “Prayers and other religious services, observations, or meetings of any nature shall not occur…in or upon any of the common elements.”

You may even recall this shocking sign that was posted above the piano in community room. 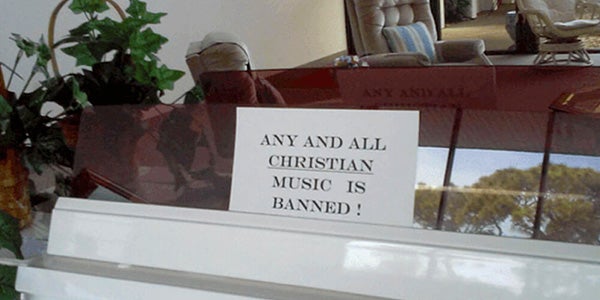 Now, Donna will be able to freely live out her faith and use the social room just like all the other residents.

You probably never imagined that an American would be told not to pray in her own house, but that’s exactly what happened to Mary Anne Sause. Her legal battle began when two police officers told Mary Anne to stop praying in her living room.

First Liberty tirelessly fought for Mary Anne’s first freedom, taking her case to the nation’s highest judicial body. We asked the U.S. Supreme Court to reaffirm that no American should ever be told they’re not allowed to pray in their own home.

The Court agreed. “There can be no doubt,” the Justices wrote, “that the first Amendment protects the right to pray.”

Ken and Liv Hauge reside in a senior living community in Virginia. Both over 80 years old, the couple decided to start a Bible study for fellow residents. But in 2018, their living facility banned Bible studies in all common areas. The Hauges were even threatened with eviction.

Now, Ken and Liv and their neighbors are free to gather for Bible studies and other religious activities in the common areas of their residence. Property management also withdrew the eviction threat.

If you’ve been a First Liberty supporter for a while, you’ll likely remember Congregation Toras Chaim (CTC), a small Orthodox Jewish congregation in Dallas, TX. CTC meets in a private residence, but repeatedly faced obstruction from city officials.

Last fall—nearly six years and two lawsuits later—we announced a victory resulting from a settlement agreement with the city of Dallas. Moving forward, the members of CTC will be able to meet and worship in a private, North Dallas home, as well as continue serving the needs of the surrounding community.

We’re elated for the members of CTC, but still in the throes of another legal battle in Airmont, NY, where an Orthodox Jewish community is being forced to practice their faith in hiding.

It’s one of the worst cases of religious discrimination we’ve ever seen.

For over 30 years, the local officials have made it almost impossible for the Orthodox Jewish community to live out their faith. What’s most disturbing about this case is that city officials have the authority to measure space (including bookshelves) inside their homes to determine the proper amount to be used for religious purposes!

Local authorities even threatened one Rabbi with jail for hosting a religious service in his home.

This kind of religious discrimination is appalling. But with our growing number of recent victories, First Liberty is All In to stop this 30-year track record of hostility toward Airmont’s Jewish community.

As you can see, First Liberty is winning some of the most critical legal battles in our great nation, one case at a time. Right now, the momentum is on our side…and the victories above are proof that by going All In with Frist Liberty you can help us reclaim religious freedom nationwide.

Because YOU give, we can fight and win cases that will impact your religious liberty at home—and set precedents that will protect the First Freedom of our children and grandchildren.