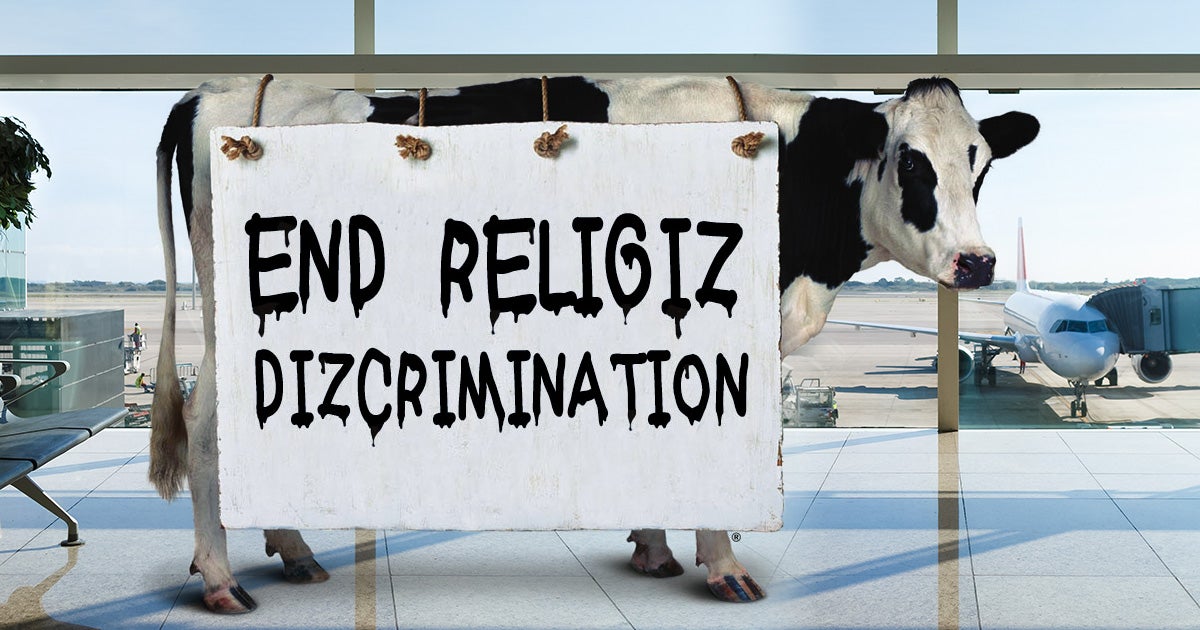 Earlier this year, city council members in San Antonio, TX voted to exclude the popular restaurant chain Chick-fil-A from opening a location inside the city’s airport. Why? Because they were concerned and offended about the charitable donations made by the company’s owners.

First Liberty Institute recently took action to ensure that Chick-fil-A, and other businesses that operate in accordance with their faith, are not subjected to illegal discrimination.

Our attorneys called for an investigation into San Antonio city officials, and we sent a letter to U.S. Department of Transportation Secretary, Elaine Chao. We pointed out that federal law and regulations prohibit recipients of federal grant funds, like the San Antonio airport, from engaging in religious discrimination.

We’re happy to report that thanks to these efforts, the Federal Aviation Administration’s (FAA) Office of Civil Rights recently opened an investigation into the San Antonio International Airport.

Additionally, Texas Attorney General, Ken Paxton, filed a petition in Travis County District Court against the City of San Antonio as part of his office’s investigation into the city’s exclusion of Chick-fil-A. The petition seeks to compel San Antonio to hand over documents deemed public under state law.

These investigations are a positive step toward prompting city officials to do the right thing and reverse their decision.

But we’re not stopping. Our expert legal team continues our inquiry into the incident and we are vowing to get to the bottom of San Antonio’s blatant and illegal decision to banish a popular and successful business simply because of its owners’ religious beliefs.

It’s ironic that a city council member justified the council’s decision by praising San Antonio as a “city full of compassion,” a city where “everyone should feel welcome when they walk through our airport.”

Apparently, “everyone” doesn’t include Chick-fil-A.

When the San Antonio City Council was considering a contract regarding concession space for the airport’s expansion and renovation plans, the same city councilman had moved that the city approve the contract only if Chick-fil-A was written out of the agreement.

Another council member—emphasizing San Antonio as a place that “welcomes everybody”—seconded the motion and even referred to Chick-fil-A as a “symbol of hate” because of the business’s charitable donations, a reflection of their religious beliefs. After the city council took a vote to exclude the popular restaurant chain, the first city councilman then issued a statement, quoted above, which described the city council’s move as a reaffirmation of San Antonio’s work to be a place of “equality and inclusion.”

In an ironic twist, while claiming to foster tolerance and inclusion, these officials are essentially condoning bigotry against those with whom they disagree.

San Antonio should welcome the opportunity to add a popular and successful restaurant like Chick-fil-A to its airport offerings, not discriminate against it because the city council disapproves of its charitable choices.

Protecting religious liberty is just as much about prevention as it is about winning landmark legal victories. That’s why it is so critical for us—and you—to take a stand whenever our first freedom comes under attack.

In many cases, First Liberty Institute litigates and wins inside the courtroom. But we’re also winning battles outside the walls of the court, which means we must continue to take decisive action and prompt our nation’s leaders to stop religious hostility and discrimination as soon as it happens.

By taking proactive action to stand up for Chick-fil-A, First Liberty Institute is helping to win an important battle for American business owners throughout the country.

We’re committed to being first in the fight for religious freedom—and that means exposing and holding accountable those who unashamedly trample on our fundamental right to live, work and run our businesses in accordance with our faith.