Though easily overlooked, religious freedom was a grassroots movement even before the Bill of Rights. Why would we want to abandon that heritage? 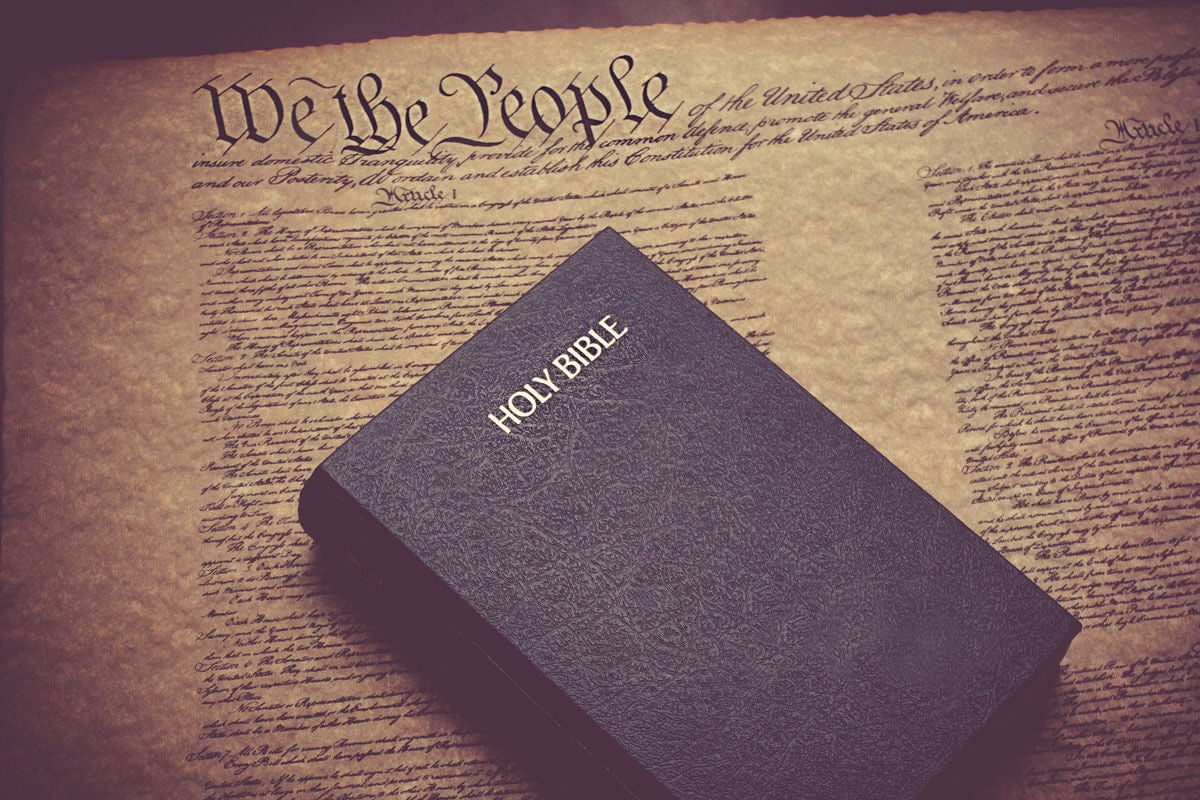 Editor’s Note: The effort to defend and restore religious freedom for all Americans requires that more citizens know how religious liberty became so ingrained in our society and law. In this article, First Liberty writer Catherine Frappier shines a spotlight on key events in our history of freedom.

When you think of religious freedom and America’s founding era, you might think most naturally about the U.S. Constitution’s First Amendment. After all, it’s this amendment that famously guarantees the “free exercise” of religion and bans national religious establishments.

But don’t stop there.

Some of the most well known came out of Virginia and featured two American statesmen: James Madison and Thomas Jefferson.

VIRGINIA: FROM INTOLERANCE TO FREE EXERCISE

During the colonial period, Virginia had established the Anglican church. This colony was the state that changed the most, according to author Thomas J. Curry in The First Freedoms: Church and State in America to the Passage of the First Amendment. He also noted, however, that the colony was quite intolerant in the years leading up to the American Revolution.

For example, in The Baptist Heritage: Four Centuries of Baptist Witness, scholar H. Leon McBeth stated that many Baptist ministers were jailed or physically punished in Virginia from 1768 to 1777.

Religious persecution in Virginia angered James Madison. In a letter dated January 24, 1774, he wrote that in an “adjacent County,” there were at least five or six “well-meaning men” imprisoned for “publishing their religious Sentiments which in the main are very orthodox.” Immediately prior to this observation, he wrote:

“That diabolical Hell-conceived principle of persecution rages among some and to their eternal Infamy the Clergy can furnish their Quota of Imps for such business. This vexes me the most of anything whatever.”

Madison accumulated an impressive track record of religious freedom accomplishments. For one, he was instrumental in changing the wording in the proposed Virginia Declaration of Rights (1776), which originally protected “the fullest Toleration in the Exercise of Religion.”

In The Sacred Rights of Conscience: Selected Readings on Religious Liberty and Church-State Relations in the American Founding, scholars Daniel L. Dreisbach and Mark David Hall noted that James Madison insisted that the word “toleration” be taken out of the document, as Madison was concerned that “toleration” insinuated that religious freedom was not a natural right.

The final form of this section of the Declaration of Rights read:

That religion, or the duty which we owe to our Creator, and the manner of discharging it, can be directed only by reason and conviction, not by force or violence; and therefore all men are equally entitled to the free exercise of religion, according to the dictates of conscience; and that it is the mutual duty of all to practise Christian forbearance, love, and charity towards each other. (Emphasis added.)

In addition, Madison wrote his Memorial and Remonstrance Against Religious Assessments (1785) in opposition to a bill in the Virginia legislature regarding religious taxation.

This piece of legislation would have instituted a general tax with which Virginians could choose what they wanted their money to support: the church selected by the taxpayer or an education fund.

But Madison saw this bill as a violation of religious liberty. In his Memorial and Remonstrance, he argued against the bill and articulated an apologetic for religious freedom. He wrote:

The Religion then of every man must be left to the conviction and conscience of every man; and it is the right of every man to exercise it as these may dictate. This right is in its nature an unalienable right. It is unalienable,because the opinions of men, depending only on the evidence contemplated by their own minds cannot follow the dictates of other men: It is unalienable also, because what is here a right towards men, is a duty towards the Creator. (Emphasis added.)

Soon after rejecting the general assessment bill, Virginia adopted Thomas Jefferson’s “Bill for Establishing Religious Freedom.” Made law in 1786, the bill affirmed that “the rights hereby asserted are of the natural rights of mankind” and stated that:

[N]o man shall be compelled to frequent or support any religious worship, place, or ministry whatsoever, nor shall be enforced, restrained, molested, or burthened in his body or goods, nor shall otherwise suffer, on account of his religious opinions or belief; but that all men shall be free to profess, and by argument to maintain, their opinions in matters of religion…

MOVING AWAY FROM RELIGIOUS TAXATION

The result of the Virginia struggle over religious taxation is indicative of the direction in which the states were generally moving. In his Harvard Law Review article titled “The Origins and Historical Understanding of Free Exercise of Religion,” the Honorable Michael McConnell  (a law professor who later became a federal appellate judge) stated that though a few other states did allow for religious establishments in their constitutions, Massachusetts, Vermont, New Hampshire, and Connecticut were the lone states remaining by 1789 that supported churches financially.

Dr. Hutson noted that Massachusetts was the last state to end religious taxation in the 1830s.

But the religious disestablishment movement didn’t make up a wave of hostility to religion. On the contrary, Judge McConnell noted that evangelicals—particularly Baptists and Quakers—provided the “greatest support for disestablishment and free exercise.”

In addition, Judge McConnell noted that most of the newly-independent states adopted new constitutions during the Revolutionary period. He stated that as of 1789, almost all of the states possessed a constitutional safeguard for religious liberty, though the language of some provisions limited protections to Christians or theists.

A sampling of state constitutions from the revolutionary and founding periods include the following:

It is the right as well as the duty of all men in society, publicly, and at stated seasons, to worship the SUPREME BEING… And no subject shall be hurt, molested, or restrained, in his person, liberty, or estate, for worshipping GOD in the manner and season most agreeable to the dictates of his own conscience; or for his religious profession or sentiments… (Massachusetts Constitution of 1780)

That all men have a natural and indefeasible right to worship Almighty God according to the dictates of their own consciences; that no man can of right be compelled to attend, erect, or support any place of worship, or to maintain any ministry, against his consent; that no human authority can, in any case whatever, control or interfere with the rights of conscience; and that no preference shall ever be given, by law, to any religious establishments or modes of worship. (Pennsylvania Constitution of 1790)

…the free exercise and enjoyment of religious profession and worship, without discrimination or preference, shall forever hereafter be allowed, within this State, to all mankind… (New York Constitution of 1777)

All persons whatever shall have the free exercise of their religion…and shall not, unless by consent, support any teacher or teachers except those of their own profession. (Georgia Constitution of 1777)

Religious liberty in the states was not perfect. However, as history shows, the First Amendment’s protection for religious freedom was not an isolated or unique phenomenon in American law.

Instead, the First Amendment was set against the backdrop of the states, which made enduring contributions to the American tradition of religious freedom.