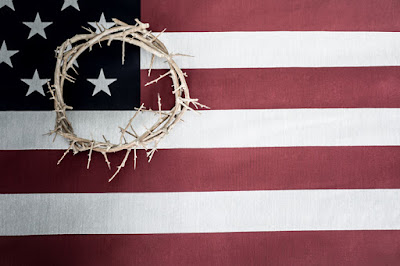 In an effort to maximize their appeal, presidential candidates are fixating on the issues foremost in Americans’ minds. Amid inevitable controversies like immigration, healthcare and national security, one topic has dominated discussions and elicited entire events – religious liberty.

In recent years, threats to religious liberty have skyrocketed. The 2014 edition of Undeniable (Liberty Institute’s annual survey of hostility to religion in America) shows a 25 percent increase in attacks from the 2013 edition. It also reveals a 133 percent total increase since the very first edition three years ago.

Even with this steady, nationwide increase, religious liberty remained an inconspicuous issue for the many Americans in years past. Not any more.

The prominence of religious liberty as a political issue spiked last year during the Hobby Lobby v. Burwellcontroversy, which highlighted aspects of the Affordable Care Act that some religious business owners could not condone. For proponents of religious freedom, the decision in favor of Hobby Lobby was viewed as a victory. But it in no way eradicated the threat.

Legalizing same-sex marriage in June 2015, the Obergefelldecision cannoned religious liberty into the spotlight once again. Despite Justice Kennedy’s majority opinion, which explicitly upheld the right of Americans to act according to their sincerely held religious beliefs regarding marriage, the decision opened the door for multiple new attacks on religious freedom—something that Americans in general seem to recognize.

A recent poll by World Magazine of 100 evangelical leaders revealed that for the majority, domestic religious liberty is the most important issue.

Another poll in July showed that despite the Supreme Court’s ruling on marriage, the majority of Americans still value religious liberty as paramount.

Religious liberty is no longer an issue that presidential candidates can ignore—and neither can we.

RELIGIOUS LIBERTY – A TOPIC OF DEBATE, DISCUSSION, AND CONCERN

Candidates from both ends of the political spectrum are weighing in on religious freedom. It was heavily addressed in the first Republican debate earlier this month, with multiple candidates promising to defend it should they be elected. Democratic candidates have also addressed religious liberty—and though some tackle the issue from the opposite angle as GOP hopefuls, the fact remains that religious liberty is an issue they cannot ignore.

Major national events featuring and dedicated solely to religious liberty are springing up rapidly, with thousands of concerned Americans flocking to attend. For instance:

·      Nearly two thousand are anticipated to attend the Rally for Religious Liberty, hosted in conjunction with the Iowa State Fair by Texas Sen. Ted Cruz this weekend. Organizers have invited Liberty Institute President and CEO Kelly Shackelford to record a short video message to kick-off the event.

·      Many presidential candidates will be participating in the first-ever National Religious Liberties Conference, “Freedom 2015,” in Des Moines, Iowa this November. Expected to draw thousands, the Freedom 2014 conference is co-sponsored by Liberty Institute, and will feature Kelly Shackelford as a keynote speaker.

No matter where they stand on the issue, it is clear that anyone hoping to earn a seat in the Oval Office must address religious liberty in some way or another. And if the number of candidates attending events like the ones listed above is any indication, religious liberty is a topic of legitimate concern to multiple 2016 hopefuls. This bodes well for America’s future—but not well enough.

While the next election cycle will be crucial, many battles in the war for religious freedom will be fought beforeNovember 2016. The future of religious freedom will be won, or lost, in court—not at the ballot box.  Elections are important.  Yet the crisis for religious liberty is moving too fast for an electoral fix. With more and more legal action involving religious business owners, employees, students, and ministry leaders, courts are the center of this battlefield, not the White House or Congress.

We should pay attention to what candidates have to say about religious liberty—but we must also pay strict attention to what is happening in the courts. The precedents set by the cases currently in court will establish years-long ramifications for America, regardless of the outcome of the 2016 elections.

ANSWERS: What Happens When They Come After Your Church, Your Favorite Ministry, or Even Your Job?

Back to School – 10 Religious Liberty Facts for Every Student