Remember Their Faith this D-Day 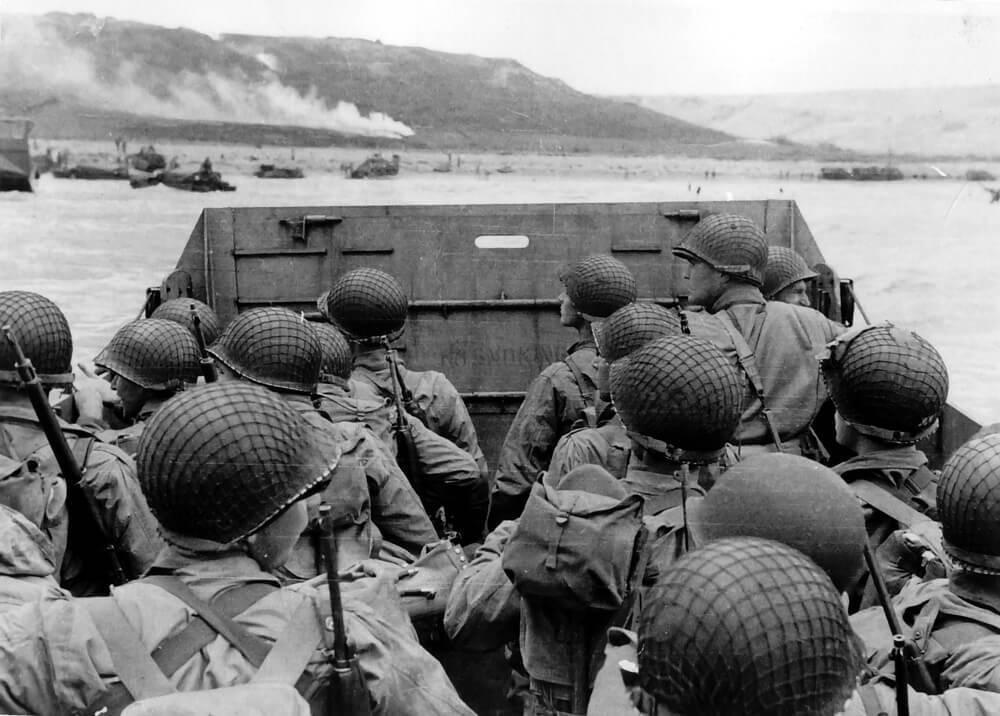 This Monday, June 6, is, and should be, a sacred day for all Americans. On that day in 1944, in the words of President Ronald Reagan, western civilization “held together” against the Nazi regime that desired to destroy our religious, political, and economic freedom. On that day, more than 100,000 Americans joined tens of thousands of allies to storm the beaches of Normandy, France against a seemingly impregnable German defense.

Why did they fight and die? What were they fighting to preserve? The answers can be largely seen in the sea of grave markers for the thousands of our “boys” whose remains are still in Normandy. Row upon row of white crosses and Stars of David. Few Americans can set their eyes on this bittersweet scene without feeling patriotic tears or a lump in the throat.

Unbelievably, atheists would rather destroy those grave markers.

In November of 2014, a representative of the Freedom From Religion Foundation (FFRF) said:

“It is unfortunate that the iconic headstones at the Normandy cemetery do such a poor job of representing the diversity of today’s military.”

To the contrary, surveys indicate most of today’s “diverse” military are, in fact, people of faith whose confessions are accurately represented by the Normandy headstones.

But consider those ugly words. The graves of our honored dead are “unfortunate?” Their headstones do a “poor job?” What an outrageous affront to our fallen heroes.

Today the FFRF, the ACLU, and American Humanist Association have filed lawsuits to tear down veterans memorials such as the Bladensburg World War I Veterans Memorial in Maryland, that, just like the Normandy cemetery, includes traditional religious imagery. Virtually no one agrees with them, yet it will take only a handful of judges to desecrate the memorials and soil the memories of the veterans they honor.

“GOD WAS AN ALLY”

Is this what the fallen and their families would have wanted—a radical war on public expressions of universal symbols of sacrifice and service?

Let their words and actions speak to us. In 1984, on the 40th anniversary of D-Day, President Ronald Reagan stood atop a windy cliff giving a tribute to the surviving U.S. Army Rangers who had scaled the 100-foot heights of Point du Hoc, France, to take out Nazi guns pounding our troops on the beaches.

Reagan addressed them and asked a question. He said:

“You were young the day you took these cliffs; some of you were hardly more than boys, with the deepest joys of life before you. Yet you risked everything here. Why? Why did you do it? What impelled you to put aside the instinct for self-preservation and risk your lives to take these cliffs? What inspired all the men of the armies that met here?”

As the now-gray-haired Rangers blinked back tears and listened, Reagan answered his own questions, saying:

“We look at you and, and somehow we know the answer. It was faith and belief; it was loyalty and love. The men of Normandy had faith that what they were doing was right, faith that they fought for all humanity, faith that a just God would grant them mercy on this beachhead or on the next.”

Reagan reminded the audience that prayer vigils were occurring throughout America the night of the invasion, “that in Georgia they were filling churches at 4 a.m., in Kansas they were kneeling on their porches and praying . . .”

He said, “Something else helped the men of D-Day: their rock-hard belief that Providence would have a great hand in the events that would unfold here; that God was an ally in this great cause.”

Lt. Col. Robert Lee Wolverton of the Third Battalion of the 101st Airborne’s 506th Regiment would have agreed with President Reagan. As his men prepared to board a plane and parachute behind the German lines, Wolverton gathered them around. He wasn’t a chaplain. He told them he wasn’t even “a religious man.” But now, he wanted to lead them all in prayer.

And what a prayer it was:

“God almighty, in a few short hours we will be in battle with the enemy. We do not join battle afraid. We do not ask favors or indulgence but ask that, if You will, use us as Your instrument for the right and an aid in returning peace to the world.

“We do not know or seek what our fate will be. We ask only this, that if die we must, that we die as men would die, without complaining, without pleading and safe in the feeling that we have done our best for what we believed was right.

“Oh Lord, protect our loved ones and be near us in the fire ahead and with us now as we pray to you.”

Today, there are powerful forces that would tear down the memorials dedicated to men like Lt. Col. Robert Wolverton. Not satisfied with that, they would drive chaplains and other service members of faith into silence—or out of the military altogether.

FIGHTING FOR THE WOLVERTONS OF YESTERDAY AND TODAY

The secularist crusade is cruel and dangerous. Without God and religious freedom in our military, we would be left with a secular fighting force accountable only to the machinery of the government—hurling us down the road to tyranny and cynicism. And without freedom to acknowledge God openly, our service personnel would be deprived of comfort during, as Washington said, “times of public distress and danger.”

That’s why religious imagery—including crosses and Stars of David—is ubiquitous at the military cemeteries, veterans memorials, and monuments across our nation. As the Tomb of the Unknown Soldier at Arlington National Cemetery says, “Here Rests in Honored Glory an American Solider Known But to God.” Belief in God is the rock on which our brave defenders stand.

And that is why First Liberty Institute successfully defended the Mojave Desert Veterans Memorial cross and the Mt. Soledad Veterans Memorial. It is why we’re continuing to defend similar memorials from Maryland to Iowa. And it is why we have successfully protected the careers and religious freedom of members of the military who were victims of unlawful discrimination, such as Air Force Senior Master Sergeant (Retired) Phillip Monk and U.S. Navy Chaplain Wes Modder. And we are defending former U.S. Marine Monica Sterling right now.

But on the anniversary of D-Day, let us pause to remember the admonition of President Reagan as he closed his 1984 D-Day anniversary address to the “boys of Point du Hoc”:

“Here, in this place where the West held together, let us make a vow to our dead. Let us show them by our actions that we understand what they died for. Let our actions say to them the words for which [General] Matthew Ridgeway listened: ‘I will not fail thee nor forsake thee’ . . . let us continue to stand for the ideals for which they lived and died.”