Remembering Chaplain Capodanno: Vietnam Hero Who Gave His Life to Save His Fellow Marines 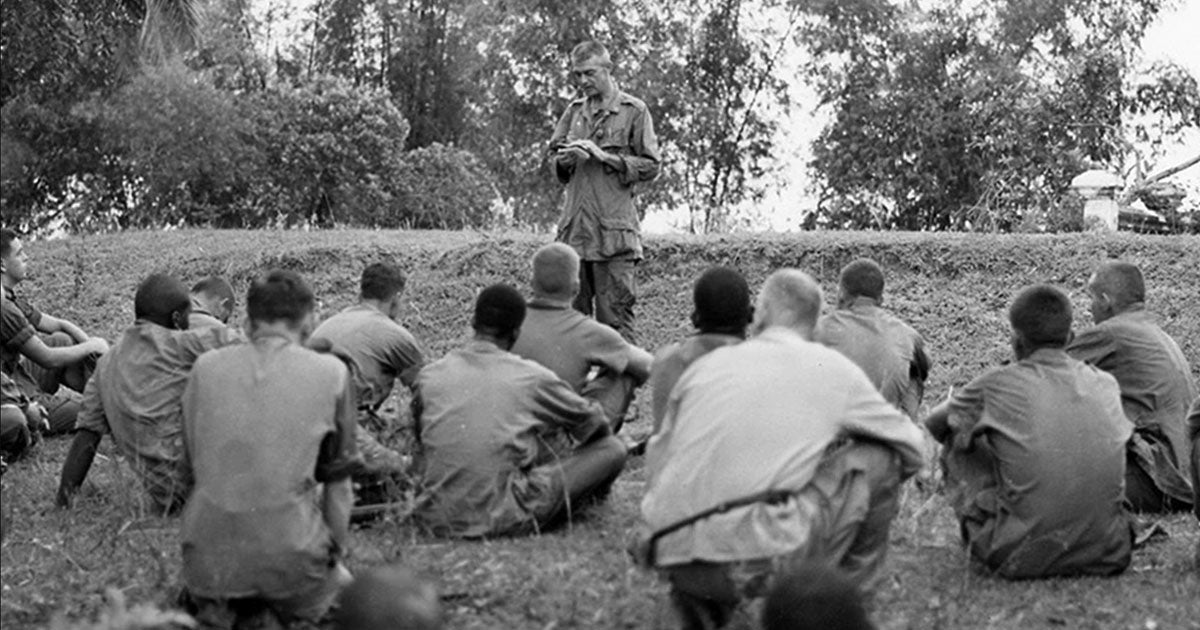 Memorial Day is a unique and special time in America. It marks the beginning of summer and it’s a day when businesses will close and most of Americans will take off work to spend extra time with our families and gather for backyard barbecues.

But as we enjoy the blessing of living in freedom, it’s important we not forget the reason we observe Memorial Day: To honor America’s brave military heroes, those who lost their lives in service to this great country and whose sacrifice protects our constitutional liberties.

This Memorial Day weekend, we’re sharing the story of Navy Chaplain Vincent Capodanno, one of the many military chaplains who’ve heroically given their lives and died on battlefields in service to their country and fellow service members.

“The Hands of God Reaching Down”

Father Capodanno was a Catholic priest from Staten Island, New York. He served in Taiwan and Hong Kong, then as a chaplain in the U.S. Marine Corps, where he was sent to Vietnam. The priest was nicknamed the “Grunt Padre” for his active participation and service to infantry members.

Chaplains don’t usually join troops on missions and patrols, and, if they do, they stay near the back away from the fight. But Father Capodanno was different. He followed his fellow Marines everywhere, from the trenches to the frontlines. He was a true “grunt” who paid the ultimate price for freedom.

On September 4, 1967, as Americans celebrated Labor Day back home, thousands of military troops continued to fight overseas. It was on this day that a small platoon of about 100 men set out on a mission in Vietnam’s Que Son Valley, where they were soon ambushed by over 2,000 North Vietnamese soldiers.

The platoon was quickly overrun, so more troops were called in to support. Chaplain Capodanno was one of those who answered the call and rushed to their defense.

In a display of selfless service and courage, Chaplain Capodanno darted back and forth between the raging battlefield and the bomb trenches of a nearby knoll, carrying the wounded to a place of safety. As he sprinted through open fire, unarmed, he carried sacraments to dying soldiers, praying for them and blessing them as they took their last breaths.

Years later, the same Marine who took the gas mask recalled Chaplain Capodanno coming to his rescue, describing it as “the hands of God reaching down.”

Vincent Capodanno’s final minutes were spent near a machine gun nest, where he gallantly gave his life while he kept ministering to his dying friends. It was there that he was shot in the back by the enemy, and it was there where he passed from this life to the next.

Facing nearly certain death, many would choose to run away. But not Father Capodanno. He ran towards the sound of the guns, not cowering back in fear but instead relying on his faith right until the final moments when he gave his life in defense of freedom. 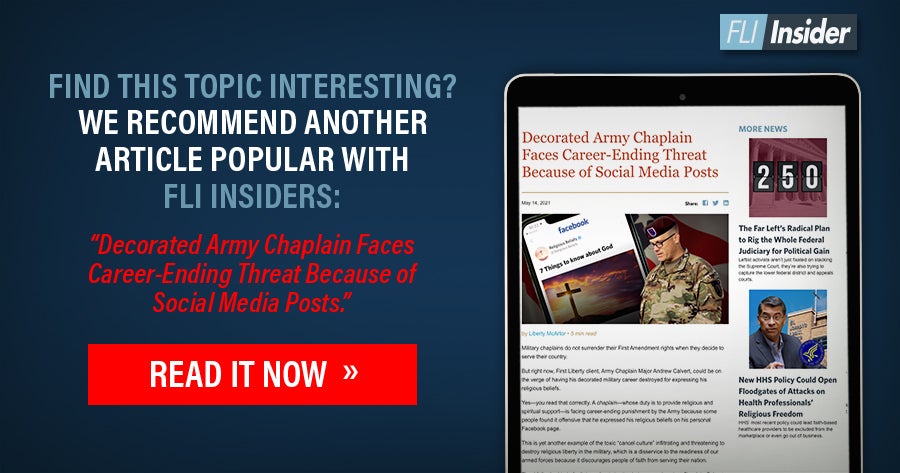 A Life and Legacy We Should Always Remember

For his heroic actions above and beyond the call of duty, Chaplain Capodanno was posthumously awarded the Medal of Honor in 1969.  We honor him for his great courage, and we remember his story especially on this Memorial Day, for it teaches us why chaplains and all service members must have the freedom to live out their faith.

Father Capodanno’s story is a vivid reminder of why religious freedom has been—and continues to be—essential in America’s military. He knew the impact of prayer. He knew that facing the horrors of the battlefield, soldiers were comforted by the prayers and the voice of their chaplain assuring them their death was not in vain.

In this time of heightened hostility to religious freedom, we must defend the fundamental liberty of service members to live and serve according to their faith. For chaplains, having religious freedom is the difference-maker, it’s what allows them to become heroes on the spiritual battlefront. It’s because of their faith—and the freedom to live it out—that they become heroes on the frontlines and the trenches of war. 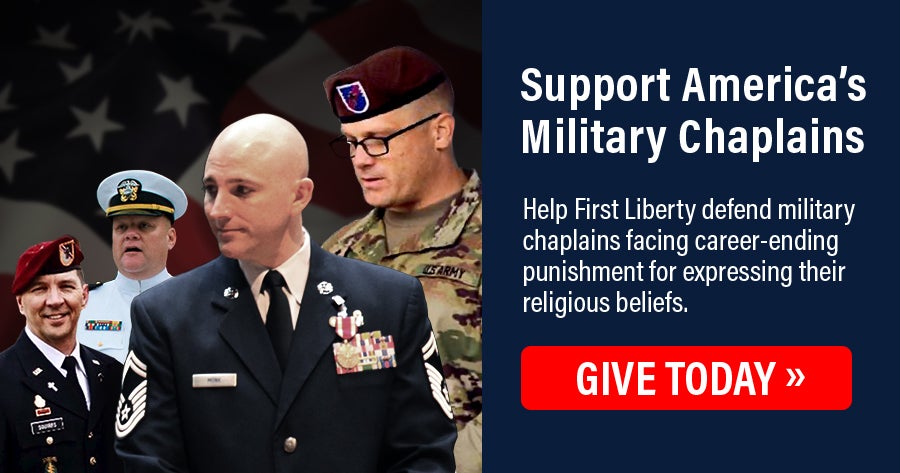