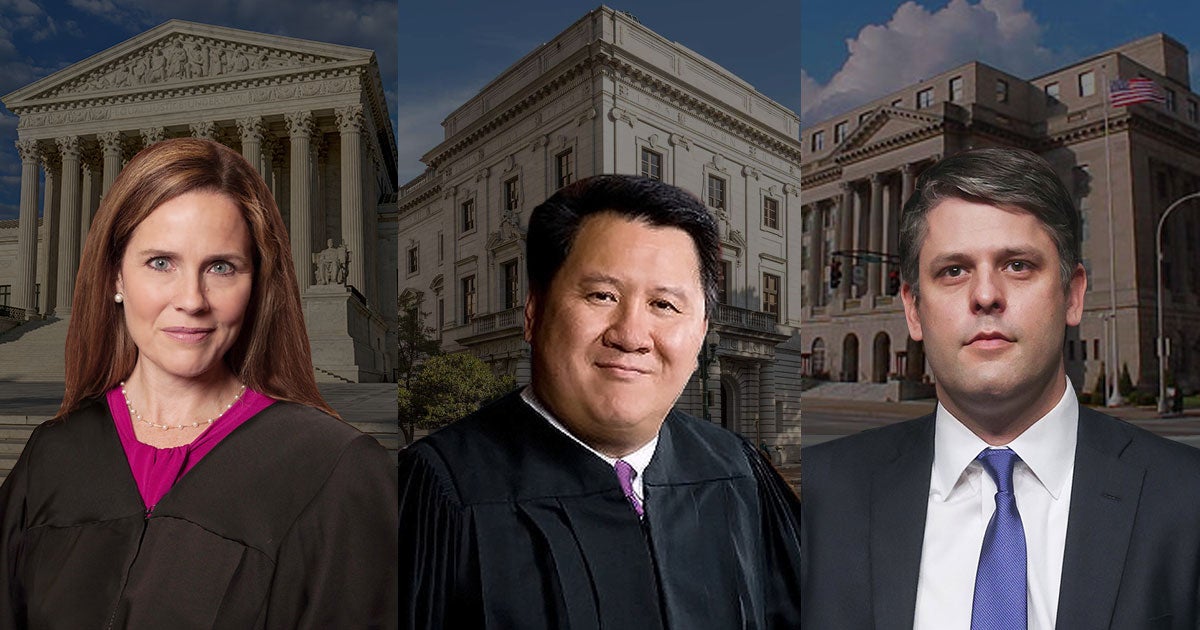 As we enter into 2021, the horizon for our First Freedom looks much brighter, hopeful and encouraging than ever before.

To help celebrate the arrival of this New Year, let’s look at the progress made for religious freedom in just the last couple of months.

Recently, the U.S. Supreme Court issued several important rulings in favor of religious liberty, and these have had a rippling effect for houses of worship nationwide fighting to reclaim their right to safely hold indoor services and to be treated equally with secular organizations.

This wave of triumphs began with the Court’s 5-4 ruling in The Diocese of Brooklyn v. Cuomo, a major victory in the fight to stop the lockdowns on religious freedom. In that case, the Court stated:

A series of important rulings soon followed, in which the Supreme Court sent a number of religious liberty / pandemic restrictions cases back to the lower courts with instructions to review their decisions in light of The Diocese of Brooklyn precedent:

Of course, we cannot overlook one factor that’s likely been essential in the recent wave of positive rulings for religious freedom: The new composition of the Supreme Court.

After the confirmation of Justice Amy Coney Barrett in October, the Court is now comprised of a majority of conservative justices, a vastly different makeup than it was back in the spring of 2020, when governors and local officials began to impose draconian orders on religious freedom.

Victories for Religious Freedom from SCOTUS to the District Courts

Beyond the Supreme Court, the impact of originalist judges (those committed to interpreting the Constitution according to its plain, original public meaning and intent) has been felt across ALL levels of the federal judiciary—from to the Circuit Courts of Appeals, as well as the lower District Courts.

Recall the landmark victory First Liberty won during Easter weekend of last year, when our attorneys asked a federal court to grant relief to On Fire Christian Church in Kentucky, who was prevented by Louisville’s Mayor from hosting safe, CDC-compliant drive-in worship services.

In that case, then-District Court Judge Justin Walker issued what’s been since called the “legal shot heard ‘round the world,” the seminal and first major legal triumph in defense of churches and religious liberty during the current health crisis:

“On Holy Thursday, an American mayor criminalized the communal celebration of Easter. That sentence is one that this Court never expected to see outside the pages of a dystopian novel, or perhaps the pages of The Onion. But two days ago, citing the need for social distancing during the current pandemic, Louisville’s Mayor Greg Fischer ordered Christians not to attend Sunday services, even if they remained in their cars to worship—and even though it’s Easter. The Mayor’s decision is stunning. And it is, ‘beyond all reason,’ unconstitutional.”

More recently, it appears that even the liberal Ninth Circuit Court of Appeals is seeing the light.

In a California case, a three-judge panel of the Ninth Circuit vacated and sent back to the lower court a case brought by South Bay Pentecostal Church, who challenged Gov. Newsome’s restrictions on indoor religious services.

That panel was comprised of two liberal-appointed judges, and one conservative-appointed judge, and instructed the lower court to reconsider its decision in light of the Supreme Court’s precedent set by The Diocese of Brooklyn.

In Nevada, a different three-judge panel of the 9th Circuit recently heard a case brought by Calvary Chapel to challenge Gov. Sisolak’s limits on religious gatherings. Here are two eye-opening statements made by two of the judges as they heard oral argument:

“It seems to me what they are saying is that you cannot treat houses of worship differently, less advantageously than you do retail businesses and casinos and the like because it is a violation of the First Amendment.” – Judge Milan Smith

“I think it’s more than skepticism, I think the Supreme Court has made it very clear when you treat bike repair shops and liquor stores and the like far more favorably than houses of worship, you are not meeting the applicable First Amendment test.” – Judge Mark Bennett

Amidst the constitutional crisis that began gripping our nation back in April, conservative-appointed judges in the federal courts have been vital in reaffirming that the Constitution and our God-given rights are not suspended even during a pandemic.

With so many favorable rulings coming from our federal courts, it’s abundantly clearly why textualist judges are so critical to the protection of our First Freedom. The legacy of these judicial opinions will be felt for decades to come, and helps ensure that our children and grandchildren will live in an America with strong protections for religious liberty.