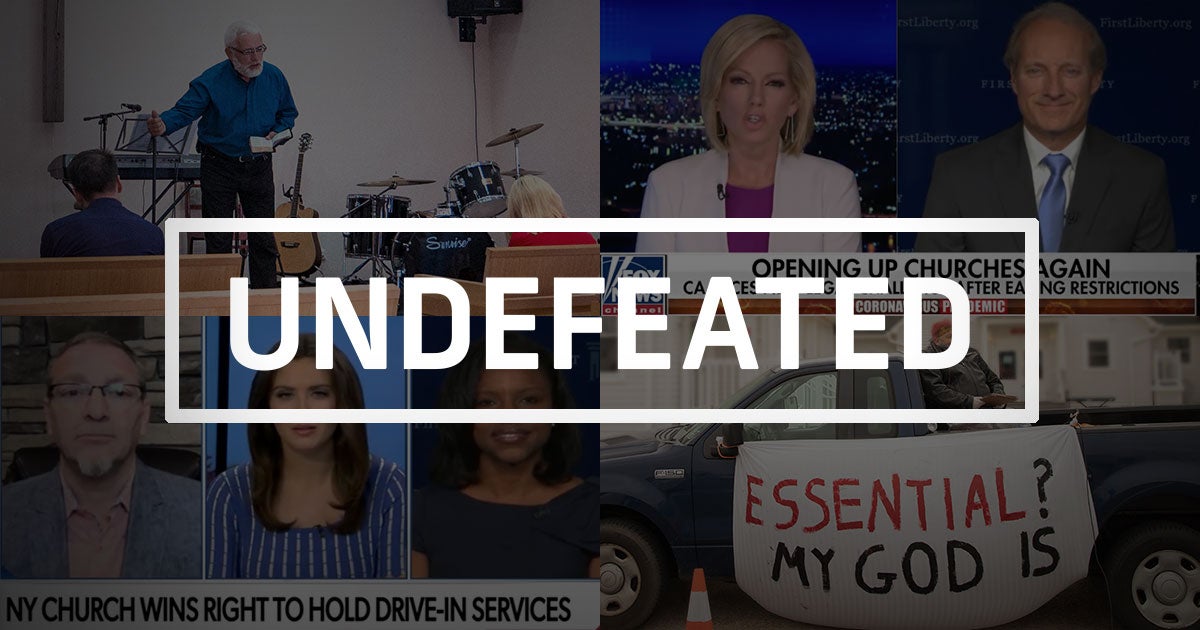 With the reopening of businesses and commercial activity well underway across America, it seems like we’ve finally overcome the toughest part of the COVID crisis.

However, many are wondering: Will there be a second wave of the virus?

In this edition, we’re taking a look at our legal team’s impressive winning streak on behalf of houses of worship during the recent health crisis and the major precedents these victories set to protect religious freedom now and in the critical months ahead.

Over the course of the recent pandemic, First Liberty won every legal matter filed, starting with two key triumphs in the Lone Star State:

We achieved a crucial victory in New York, arguably the state hardest hit by the epidemic:

With these victories in hand, our legal team then reclaimed religious freedom for a Mississippi church targeted and prevented by a local mayor from hosting drive-in services:

At the height of the crisis, and during one of the most important religious holidays for Christians in America, Easter Sunday, First Liberty achieved a landmark victory, what became known as “the legal shot heard ‘round the country” during the COVID crisis:

This was followed by another pioneering victory that set a precedent to protect the right of churches and people of faith to resume in-person gatherings:

In addition to restoring the right of churches to safely gather (both through drive-in and in-person services), First Liberty attorneys also protected the right of Americans to live out their faith at home and host one-on-one Bible study studies:

Finally, as the nation began the process of reopening, First Liberty secured a significant win for religious institutions to safely open their doors, as many secular businesses were also doing:

Your First Call and Best Hope for Victory

The battle during this pandemic is not over. In fact, in the last two weeks there have been two major federal courts of appeals decisions going opposite ways, one court saying churches can be treated as having lower protection and another opposing that and saying churches receive heightened protection under the First Amendment.

By God’s grace, we continue to be the “best hope for victory” for churches and religious communities across the country.

Whether it’s now, or in the face of a possible second wave of hostility, people of faith in our nation can, and should, make First Liberty their first call.