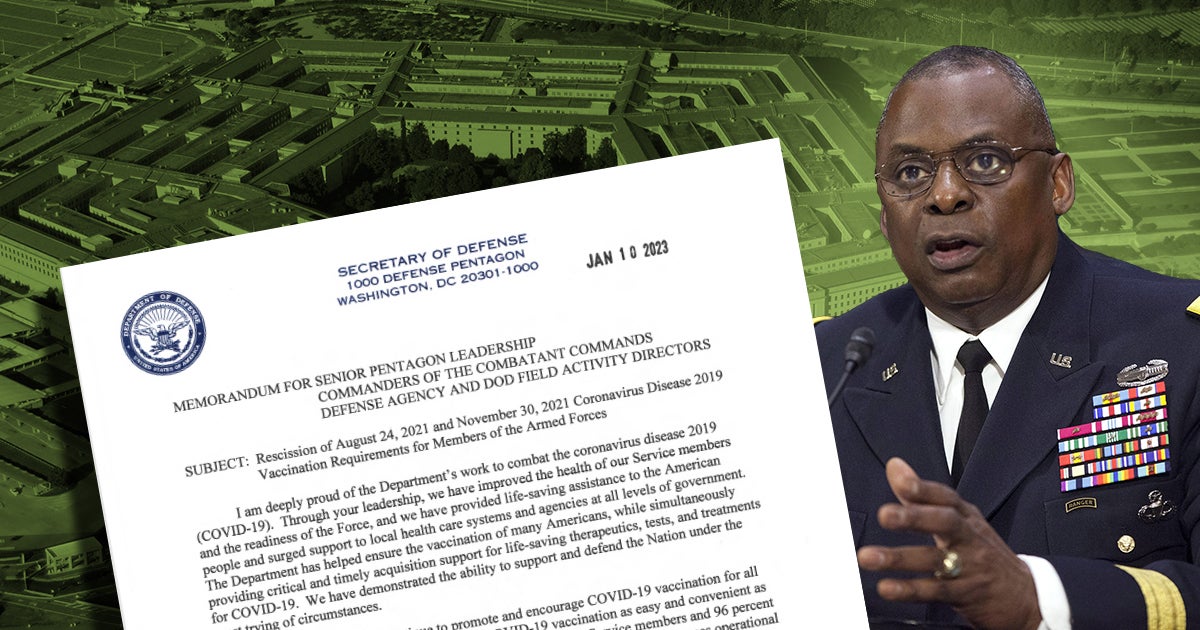 This week, Secretary of Defense Lloyd Austin formally repealed the military vaccine mandate. In December 2022, Congress passed the National Defense Authorization Act (NDAA), directing and giving the Pentagon 30 days to “rescind the mandate that members of the Armed Forces be vaccinated against COVID-19.”

“No individuals currently serving in the Armed Forces shall be separated solely on the basis of their refusal to receive the COVID-19 vaccination if they sought an accommodation on religious, administrative, or medical grounds…The Military Departments will update the records of such individuals to remove any adverse actions solely associated with denials of such requests, including letters of reprimand.”

This is a positive step toward helping First Liberty’s Navy and Air Force clients in our twin class-action suits, which impact thousands of our military heroes who’ve faced discrimination and were threatened with career-ending punishment, simply because they requested legal, religious accommodations.

The Pentagon’s action, however, does not undo the harm already done to so many.

Thousands of service members are still being impacted. For example, the repeal fails to reinstate those who were discharged for refusing the vaccine. It offers no resolution for those whose medical insurance for their children was removed and whose careers were set back after asking for an accommodation.

What could be especially alarming for religious service members is that military commanders are still given authorization “to consider, as appropriate, the individual immunization status of personnel in making deployment, assignment, and other operational decisions, including when vaccination is required for travel to, or entry into, a foreign nation.”

“We acknowledge that the Secretary of Defense did as Congress directed. But that is the bare minimum owed to our brave service members. In fact, the Secretary’s memo still permits military commanders to require the vaccine in making decisions regarding unvaccinated service members. There are still far too many in our military who were forced out or are still facing career-ending actions because of the Covid vaccine mandate. America owes it to those who defend our Constitution and our freedoms to ensure they do not lose theirs.”

First Liberty is the tip of the spear when it comes to religious liberty in the armed forces. We won the first injunction stopping the Department of Defense from punishing religious service members. That win has helped paved the way for multiple victories protecting thousands of service members across several branches.

But there’s still a lot of work to be done, especially as we continue to fight our federal court cases on behalf of thousands of our military heroes.

On February 6th, First Liberty will argue our Navy SEALs case at the Fifth U.S. Circuit Court of Appeals. Additionally, we’re also representing Air Force service members in federal court who are facing discrimination because of their religious beliefs. The outcomes of these cases will impact thousands of America’s men and women serving in uniform.

Our Navy SEAL, Navy and Air Force clients still need our ongoing support. Every one of them is counting on us, along with their families. Giving to First Liberty today can make all the difference. With your continued support, we’ll keep fighting for the brave heroes who make incredible sacrifices to protect our freedoms.