Six First Liberty cases that are one step below the U.S. Supreme Court will write the rules of religious freedom and preservation of American heritage for our grandchildren. 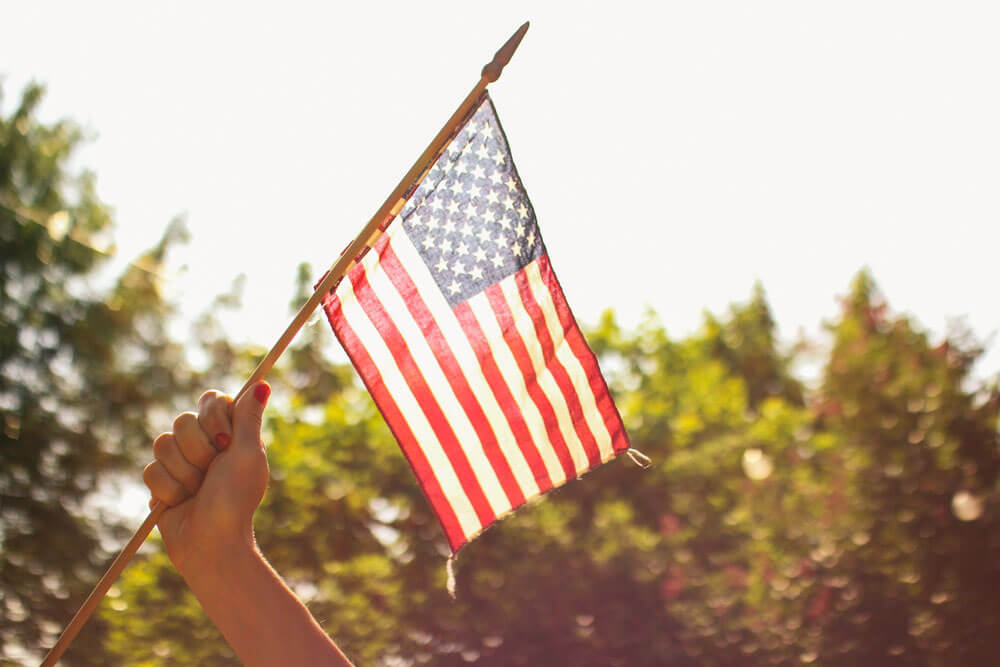 Judges have a profound impact on the liberty of everyday Americans. In the past few weeks, Liberty Watch articles have discussed the importance of the judiciary as a whole and examined the significance of the lower courts.

Now we want to show specific examples of the judiciary affecting religious liberty by looking at several First Liberty cases currently awaiting a decision at the circuit court level. Some of these cases are especially significant due to their potential for setting precedent which will affect the religious liberties of American citizens for years to come.

In 2008, after his first game as a coach, he waited for the players and officials to clear the field. Then, he quietly knelt at the 50-yard line to say a 30-second prayer of thanks to God. He continued this practice after every game for seven years. Students eventually noticed his practice and started voluntarily joining him on the field in a show of team unity with their beloved coach. When the school district also noticed Kennedy’s quiet exercise of religion, they ordered him to stop praying.

Coach Kennedy asked for a religious accommodation for his practice, which occurred after the game was over and on his own time. The school district denied his request. They even told him that if he observed students engaged in an activity that appeared to be religious, he should distance himself so as not to be perceived as encouraging religious behavior!

Shortly thereafter, Coach Kennedy was suspended from his coaching position at Bremerton High School. The school refused to hire Coach Kennedy for the following school year. The Case of Kennedy v. Bremerton School District is currently before the Ninth Circuit Court of Appeals and oral arguments will be heard next month. Coach Kennedy is not asking for any monetary damages. He simply wants to be able to practice his religion and get back to coaching his kids.

U.S. COURT OF APPEALS FOR THE TENTH CIRCUIT:
REWRITING THE FIRST AMENDMENT?

Coach Kennedy is not the only American who has faced negative consequences while praying. Mary Anne Sause experienced harassment before she even finished praying. Imagine hearing a knock on your door late at night. Now picture opening the door and having police officers proceed into your home without saying who they are or why they are there.

This was the situation for Mary Anne Sause on November 22, 2013. When Sause asked the policemen why they were there, the officers initially refused to tell her. When she tried to assert her rights, the officers told her that the Constitution was “just a piece of paper.” When the distressed woman tried to pray, she was ordered by an officer to stop. It turns out it was all due to a minor noise complaint about the volume of Sause’s radio.

The case of Sause v. Bauer et al. is currently at the Tenth Circuit Court of Appeals. During oral arguments, one of the judges stated that if the fact pattern presented to the court was true, this was one of the most egregious violations of rights he had ever seen.

Perhaps more troubling is the fact that the government is arguing that Sause’s religious exercise was not unlawfully burdened because, in their view, the First Amendment’s protection of “free exercise” of religion only protects one’s right to choose a religion—not prayer! The District Court ruled in favor of the government, and initially dismissed Sause’s complaint. First Liberty is asking the federal appeals court judges to remand the case back to district court and give Sause a fair hearing. No American should be prevented from praying in their own home.

Not only do religious individuals need the protection of the courts, but religious institutions as well. Take the case of Livingston Christian Schools. Livingston needed a different facility for its students. After evaluating options, the only feasible opportunity was to lease a building from Brighton Church of the Nazarene.

The Church went to the Township Board on behalf of Livingston to amend its land-use permit to accommodate the school. In spite of support from the town’s planning commission, the community development director, and town residents, the Board denied the application to amend. This decision effectively barred Livingston Christian Schools from the town.

The District Court ruled that this arbitrary action was not a substantial burden on Livingston’s exercise of religion. The case of Livingston Christian Schools v. Genoa Charter Township is currently before the Sixth Circuit Court of Appeals. No town should be able to prevent a school from operating within its jurisdiction simply because the school gives a religious education.

Religious words and imagery have been used in military memorials throughout our nation’s history. This includes memorials present in locations such as Arlington National Cemetery in Virginia. The Bladensburg WWI Veterans Memorial follows in this tradition. The Bladensburg WWI Memorial was erected by The American Legion in 1925 in memory of 49 men from Prince George’s County, Maryland who made the ultimate sacrifice during WWI.

For over 90 years, this memorial has stood to honor the memory of the fallen, and now a lawsuit is threatening to take it down because it stands on public land. This case of American Humanist Association, et al. v. Maryland-National Capital Park and Planning Commission is currently before the U.S. Court of Appeals for the Fourth Circuit, with immense implications for memorials throughout the Fourth Circuit, and possibly the entire nation. This includes states like Virginia, a state with many war memorials that contain similar language and imagery, such as the Tomb of the Unknowns. This case could eventually come before the Supreme Court of the United States.

U.S. COURTS OF APPEALS FOR THE FOURTH AND SIXTH CIRCUITS:
MORE AMERICAN HERITAGE AT STAKE

The Bladensburg Memorial is not the only First Liberty case with potential national implications. Consider the cases of Rowan County, North Carolina and Jackson County, Michigan. These counties may be far apart on a map, but they have at least one thing in common. Their country commissioners have a tradition of starting meetings with a traditional invocation as practiced in America for centuries. Both cases were granted rare en banc review in their respective circuit courts. En banc review occurs approximately 0.3% of the time it is requested, and it typically signifies the importance of a case.

An en banc hearing is when all of the active judges in a circuit hear a case. For example, in Lund v. Rowan County, 15 federal judges heard oral arguments. Typically appellate court hearings are before a randomly-selected three-judge panel. En banc review can only occur after a ruling from a three-judge panel is appealed. Lund et al. v. Rowan County, North Carolina is currently awaiting a decision from the Fourth Circuit, while Bormuth v. County of Jackson is in the Sixth Circuit.

Both of these cases may go to the Supreme Court for final adjudication.

CASES THAT WILL CHANGE AMERICA

All of these high-level cases show two things.

First, the rights of real people depend upon the decisions of these judges.

Second, First Liberty is taking part in cases with potential historic significance. These points underscore the importance of having judges who are faithful to an originalist view of the Constitution, which protects religious liberty. First Liberty has opportunities to provide the government with analysis of potential judges, and taking on major cases before existing federal judges. We are relentlessly focused on preserving religious liberty and American heritage for generations to come.