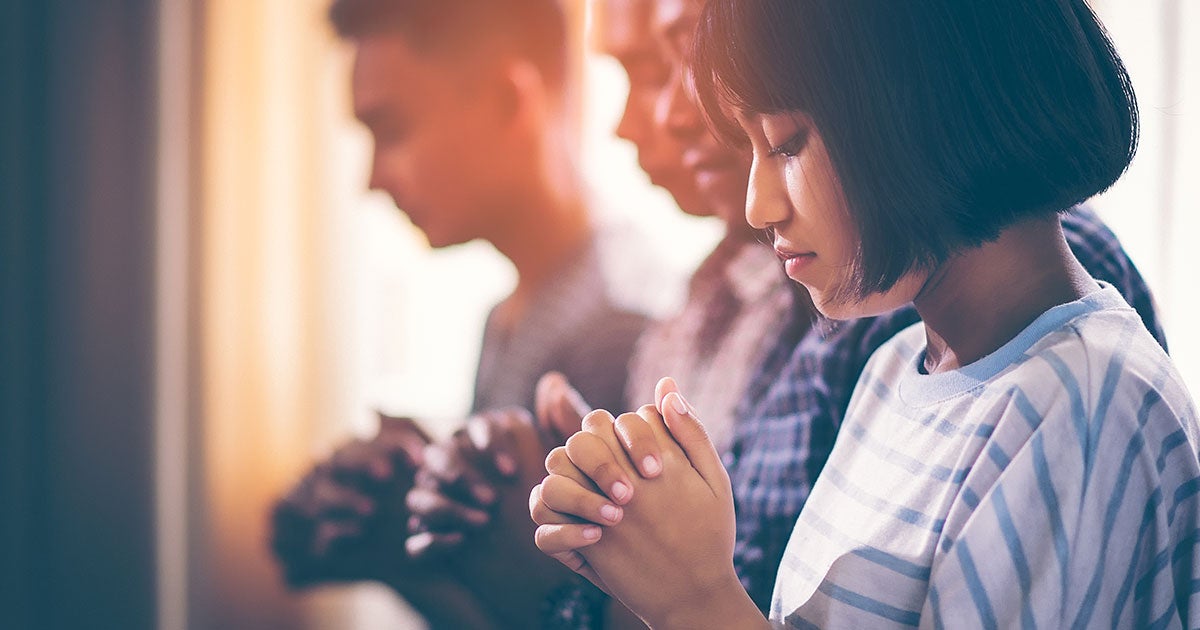 From the very beginning of our nation, Americans have turned to faith and prayer for encouragement and strength during times of difficulty. Right now, as we battle together through this unprecedented national health crisis, we need to remind ourselves of the rich heritage of faith and religious freedom in our country.

Why is it so important that we stand strong and defend our right to live out our faith in this special time?

Because when we look at our history, it’s abundantly clear that religious liberty has indeed been a blessing worth protecting, especially when we see the special role that faith has played in helping us overcome national challenges.

And yet, though our history is replete with examples of Americans relying on their faith and on common prayer, opponents of religious liberty are relentlessly seeking not just to rewrite key moments of our history…but are seizing the current crisis as an opportunity to strip away our most fundamental rights.

In this edition, we’ll be refreshing you on a few key historical moments that show us why crises are when Americans most need the freedom to live out their faith, pray together and turn to God for comfort.

We can overcome difficult times by standing strong together.

Let’s live out our faith and trust God to protect our nation in this special time.

Order your free “In God We Trust” sticker today.

America’s Longstanding Tradition of Praying Together as a Nation

In a recent article published in Mother Jones, opponents of religious liberty criticized the current administration’s call for a National Day of Prayer held on March 15. They stated, “The president’s federal call to prayer isn’t just unconstitutional—it’s obscene.”

Not only is this a shocking statement, it is an affront to religious liberty and a misrepresentation of more than two centuries of history.

Opponents were quick cite President Thomas Jefferson, typically the go-to source of authority for the anti-faith crowd as he is arguably among the least religious presidents in our nation. Citing Jefferson, they go on to state that America was founded on a secular bedrock, and deliberately twist the words of America’s Founders to attack religious freedom under the guise of separation of church and state (a misused phrase that does not appear in the U.S. Constitution).

A president’s call to prayer isn’t unconstitutional. It is not the establishment of a national church, which is what the American Founders originally sought to prevent when they drafted the First Amendment.

On the contrary, national days of prayer are longstanding historical traditions that have been accepted and common dating back to the Founding Era, when a handful of colonial governments faced the seemingly insurmountable task of battling the greatest military and naval force on the planet, Great Britain.

On June 12, 1775, at the start of the American Revolutionary War, the Continental Congress declared:

“Congress…considering the present critical, alarming and calamitous state…do earnestly recommend, that Thursday, the 20th of July next, be observed by the inhabitants of all the English colonies on this continent, as a Day of Public Humiliation, Fasting and Prayer…”

Nearly a century later, Northern and Southern armies fought in the Civil War, the bloodiest conflict in our history, when America was on the verge of breaking apart. At that time of crisis, President Abraham Lincoln issued a historic Proclamation on March 30, 1863 appointing a day of national fasting and prayer:

Now, therefore…I do, by this my proclamation, designate and set apart Thursday, the 30th day of April, 1863, as a day of national humiliation, fasting and prayer. And I do hereby request all the people to abstain on that day from their ordinary secular pursuits, and to unite, at their several places of public worship and their respective homes, in keeping the day holy to the Lord and devoted to the humble discharge of the religious duties proper to that solemn occasion.

Even at the most critical point of World War II, our president at the time turned to faith for guidance and inspiration. In a national radio broadcast on June 6, 1944 (D-Day), as 160,000 Allied troops landed in Normandy in an attempt to liberate France, President Franklin D. Roosevelt asked America to join him in a prayer.

Though we live in an increasingly secularist culture that appears to want to shut out religious expression, there is enough evidence showing that prayer remains central to Americans living out their faith.

Pew Research reports that for more than half (55%) of Americans prayer is an everyday activity. Another Pew survey found that 45% of Americans say they rely a lot on prayer and personal religious reflection when making major life decisions. The same survey found that 63% of Christians in the U.S. say praying regularly is an essential part of their Christian identity.

Only by ignoring history can some argue that national prayer is unconstitutional or that it’s improper at times of national tension or distress. What’s really unconstitutional, and in violation of the law and decades of legal precedent, is attempting to eliminate the right of people to pray.

Taking away anyone’s right to rely on their faith and prayer—whether it’s the president, a city official or any American—doesn’t just trample on the Constitution…it’s cruel and insensitive, especially when we face an unseen enemy like a rapidly-spreading virus.

Revising history and twisting the words of the Founders to downplay religious freedom and misusing the “separation of church and state” isn’t what our country needs, nor how we’ve emerged victorious when faced with calamity or obstacles.

Throughout American history, faith and prayer have served the purpose of uniting us in the common pursuit of freedom. This is a time when we must “Get Back to the Constitution” and reclaim America’s roots, protecting religious liberty so that through faith and prayer we can overcome together.