The Georgia Department of Public Health fired Dr. Eric Walsh in 2014 for sermons he preached on the weekends 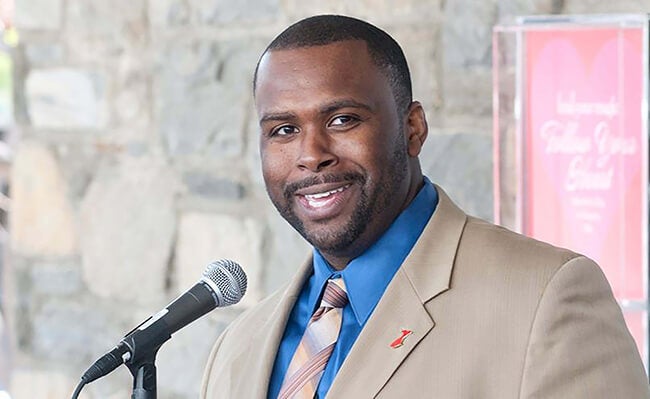 When Dr. Eric Walsh, a top health official and lay pastor for his church, was fired from the Georgia Department of Public Health (DPH), it wasn’t for anything he did or said on the job. He was fired for what he preached in sermons. Now, his case will finally go to court.

First Liberty attorneys filed a lawsuit on Walsh’s behalf on Wednesday, following receipt of a Right to Sue letter from the Equal Employment Opportunity Commission (EEOC).

Just days after Georgia’s DPH hired Dr. Walsh as a District Health Director in 2014, they fired him. The reason? The government didn’t like the sermons he preached for his Seventh Day Adventist Church on the weekends.

First Liberty responded in 2014 by filing an official complaint with the EEOC. The Right to Sue letter was issued in February.

“Religious liberty means we should be able to find sanctuary in our own sanctuary,” said Jeremy Dys, Senior Counsel for First Liberty. “If the government is allowed to fire someone over what he said in his sermons, then they can come after any of us for our beliefs on anything.”

“We must ensure every American has the right to talk about their faith at church without getting fired or being barred from public service,” he added.

Holding both a medical degree and a Doctorate in Public Health, Walsh has served on the Obama administration’s Presidential Advisory Council on HIV/AIDs and as a board member of the Latino Health Collaborative. Walsh also served as an associate pastor with his Seventh Day Adventist Church.

“My faith is important to me,” Walsh said in a statement for the EEOC. “I regularly speak about my faith at churches and religious conferences.”

When Walsh was offered the position of District Health Director for Georgia’s DPH in May 2014, he readily accepted and was hired.

But things took an abrupt turn for the worse when DPH officials demanded to see copies of his sermons.

DPH’s Director of Human Resources sent an email to other DPH employees regarding Walsh’s sermons, stating:

“OK…I have an assignment for several of us. We have to listen to his sermons on YouTube tonight. If we take a couple of hours each, then we should cover our bases.”

On May 16, 2014, DPH fired Dr. Walsh, terminating his position with the Georgia DPH.

“They have to understand being in the field, that me not getting that job is tantamount to the complete destruction of a career,” Walsh said. “And when they laughed [in the voicemail], I mean, it was almost too much to bear.”

First Liberty joined with co-counsel at law firm Parks, Chesin & Walbert in September 2014 to file an official charge of discrimination with the EEOC on Walsh’s behalf. The complaint charged the State of Georgia DPH with religious discrimination and retaliation.

First Liberty filed the lawsuit in the U.S. District Court for the Northern District of Georgia on Wednesday, April 20, 2016.

“If this is allowed to stand,” Walsh said, “it sets an incredibly terrible precedent in this country that’s supposed to be founded on certain inherent freedoms and rights. And if this is erased for Eric Walsh, it is erased for generations to come.”