The Day That Topped My Wedding Day: How Staying On Mission Helped Me Get There 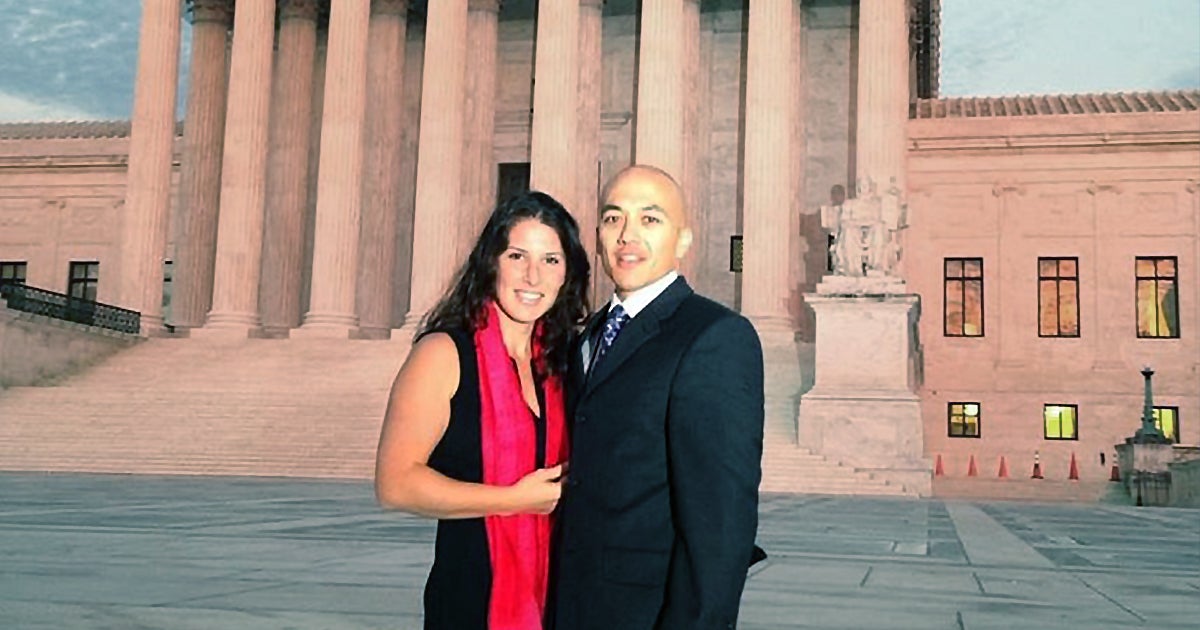 In addition to being Chief of Staff at First Liberty Institute, my husband Michael serves as an officer in the U.S. Marine Corps Reserve.

As a military spouse, I know how difficult the military way of life can be. Military service takes a heavy toll on the one in uniform. But it also demands great sacrifice from his or her spouse and, of course, from their children.

Because today is Military Spouse Appreciation Day, I want to encourage other military spouses to stay “on mission” – and to never forget that your loyalty, sacrifice and support has a deep impact in our military community.

Let me share part of my story with you.

Not too long ago, it was about 5 o’clock, when my husband Michael called with what I anticipated being a cheerful “I’m headed home for the weekend” call. But instead he was calling to give us a heads up that he was coming home to pack and then catch the evening flight out-of-state for a First Liberty Institute client. I asked him how long he’d be gone. “Don’t know. Haven’t booked my return flight.” That meant adjusting plans and figuring out a few things, but as a family, we all took it in stride. He felt bad. He asked if it was okay. My response: “Is it on mission?” Of course it was, he replied, and that was it.

As a military family, we all have a part to play in service to the mission. That’s why the kids and I are proud to serve alongside him in order to fight for those standing for the freedom we hold so dear.
We felt the same when he served in active duty. Even when it meant seeing him head off to Afghanistan, not knowing precisely when, or if, he’d return.

Michael served with a USMC infantry battalion meaning he often ventured “outside the wire” and his whereabouts were unknown to anyone that could tell me. In 10 months we spoke about 10 times. Every news report about deaths in Afghanistan left me shaking. Once, I had to keep from bawling out-loud during a Memorial Day service at church – that’s rough for a person who never likes to be seen crying.

Did I mention that those 10 months were with three children, each aged three and under? Did I mention I spent those 10 months in a city that was three hours from the nearest “real” airport and my nearest family was half-way across the country? Truth is, I don’t have to tell a military family this. They’ve all experienced it and seen it first-hand. This is perfectly normal for a military spouse and military kids.

I think about that time often when I feel like times are hard now. When I miss my husband and wish he could be here to help me with life at home, I remind myself that this is nothing compared to those 10 months he was in Afghanistan.

Although it wasn’t easy, what made those 10 months bearable was knowing that we were part of something much greater than ourselves.

Michael’s mission-mindedness drew me to him. Once we were married, his mission was our mission. He lives to fight for those who cannot fight for themselves. He is the first to sacrifice for a higher purpose.

My husband likes to say that the most powerful weapon in America’s military isn’t an aircraft carrier or a stealth bomber; it’s the patriot who answers the call to serve. And there is no question our service members deserve to be thanked for what they do.

But military spouses and families answer the call to serve too. And they also deserve to be recognized for their sacrifice.

From one proud military spouse to the thousands upon thousands of others who quietly and humbly support our freedom in this wonderful nation, please accept my heartfelt gratitude.

Thank you for joining the mission to serve and fight for our freedom. Thank you for the sacrifices you make each day to support that mission.

Want to read more stories like this? Become an Insider to receive the latest news and exclusive content.