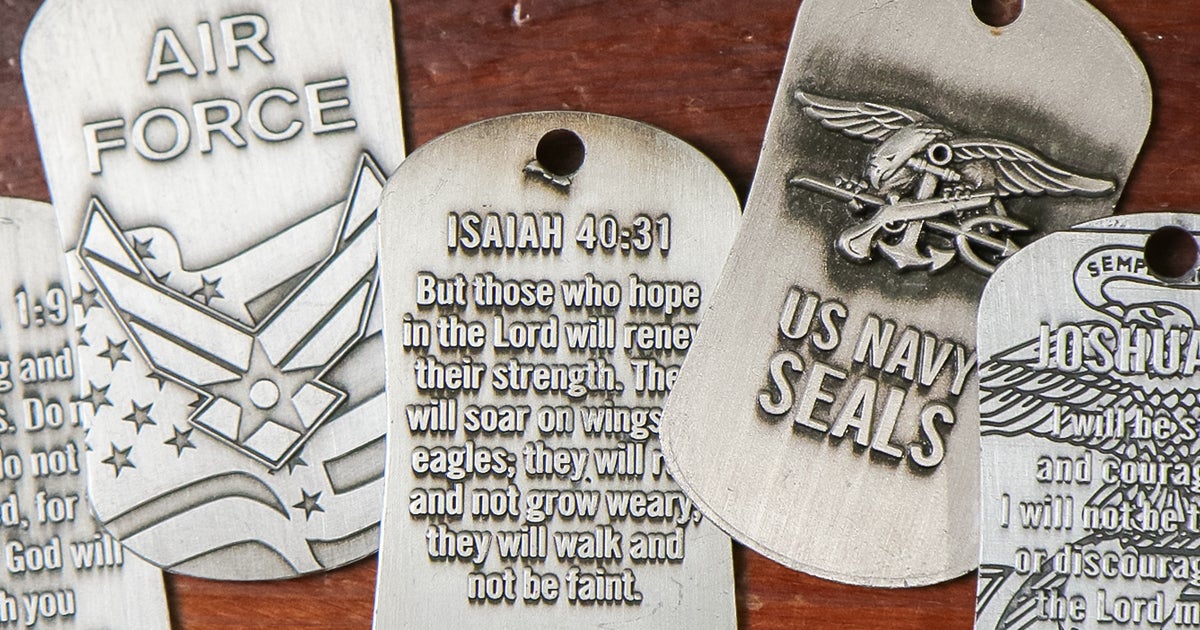 This week, First Liberty filed a request for a preliminary injunction in federal district court on behalf of our client, Shields of Strength. Our petition seeks to stop the Department of Defense (DoD) from enforcing its discriminatory policy while the case is being heard. That policy is preventing Shields from producing and distributing military themed replica dog tags and jewelry with encouraging Bible verses.

For more than 20 years, this Christian company has graciously provided dog tags with inspirational Scriptures to active-duty service members, veterans and their families who want them. In 2019, however, the DoD prohibited Shields from producing or selling the tags because they contain religious content.

First Liberty filed a lawsuit last December asking a federal court to review and reverse decisions by military branches forbidding Shields from making the tags. Now, we’re asking the court to immediately lift this ban while the case is ongoing. We explain that there’s no legal reason for the military to discriminate against Shields of Strength.

You’ll recall that this case began because of an outrageous attack from the deceptively named Military Religious Freedom Foundation (MRFF). In 2019, MRFF—notorious for attacking virtually any religious expression in the military—sent an unfounded complaint to the U.S. Department of Defense. This prompted the U.S. Army Trademark Licensing Office and the U.S. Marine Corps to ban the company from producing tags with military insignia or logos alongside religious messages, especially with any scriptures from the Bible.

Shields of Strength are much more than just pieces of metal on a chain for men and women of faith in our military. These Scripture-inscribed dog tags are a source of reassurance, a symbol of sacrifice and a tangible reminder of the strength gained through their faith. It’s a cruel insult to deny our service members a source of inspiration, hope and encouragement simply because it contains a religious message.

As one veteran puts it:

“This tag is faith. It’s believing that you’re going to live—and that even if you die, you’ll be holding hands with God for eternity. That’s what it means to me, and every veteran I know feels the same way.”

Kenny Vaughan and his wife Tammie founded Shields of Strength in 1997 to encourage military service members. In fact, one of the very first requests came from a military unit about to be deployed.

In late 2001, U.S. Army Colonel David Dodd was in command of the 86th Signal Battalion as he and his troops prepared for deployment to Afghanistan for the start of Operation Enduring Freedom. At that time, Col. Dodd inquired about buying Shields of Strength in bulk to take them overseas. Kenny and Tammie graciously gave Colonel Dodd 500 for his combat-ready troops.

During the Iraq War, Shields of Strength donated more than 50,000 pieces a month and even fulfilled a single request for 30,000. To date, the Vaughan’s have made more than five million dog tags and given hundreds of thousands to active-duty members and veterans of the U.S. military, first responders and the families of fallen heroes.

Nowhere are attacks on faith more repugnant than those aimed at the men and women who voluntarily placed their lives on the line to defend the freedom of others. It’s appalling that an outside group like MRFF would pursue a radical agenda and seek to deny our service members—particularly those who may have to fight in the fiercest battles—the right to wear inspirational jewelry.

Faith has a long history in America’s armed forces, and forcing Shields of Strength to pull its dog tags isn’t just harsh and unkind—it’s unconstitutional. The fact is, it’s constitutional for Americans who love their country to encourage military members with inspirational religious messages.

First Liberty will keep fighting to make sure outside, anti-faith groups don’t get away with stripping away the rights of our men and women in uniform.

Please join us as we fight for the rights of our veterans and service members. They need YOUR support to help put a stop to the barrage of violations against their religious liberty—including their constitutional right to wear religious jewelry and find strength in their faith. 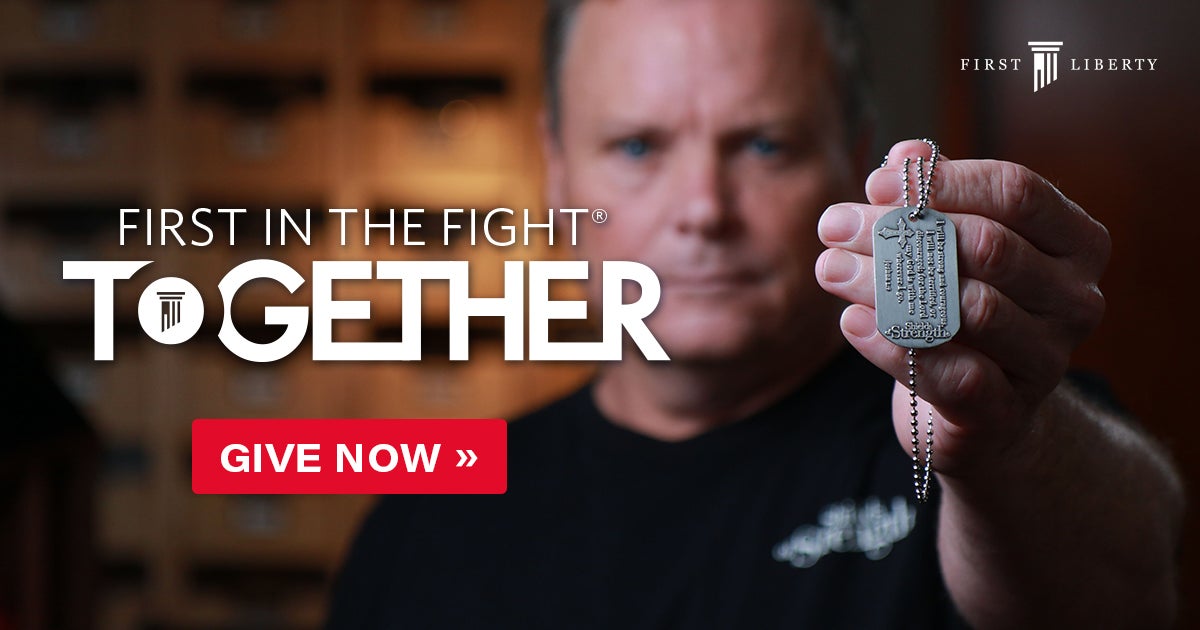