How Far Will the MRFF Go to Strip Away Religious Freedom from Our Military Service Members? 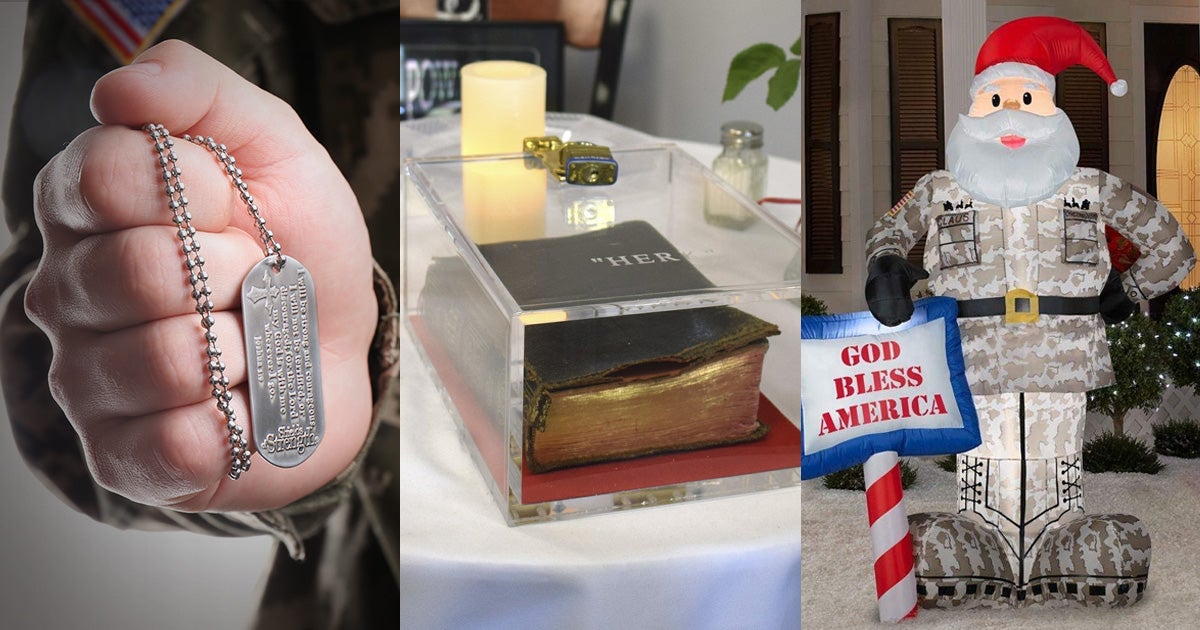 Mikey Weinstein and his deceptively-named Military Religious Freedom Foundation (MRFF) have “no chill.”

Looking at their unrelenting actions over the last couple of months, this group of anti-faith activists has certainly shown a dogged resolve to brazenly attack the right of our service members to live out their faith.

Last month, First Liberty took action after the MRFF sent a legal demand to the Department of Defense (DOD) regarding our client, Shields of Strength, a Christian company that graciously provides replica dog tags with inspirational Bible verses to active-duty service members, veterans and their families who want them.

Our legal team intervened because the MRFF’s outrageous and unfounded demand prompted the U.S. Army Trademark Licensing Office to forbid Shields of Strength from making the tags, which it has been doing for the last 20 years without a single complaint.

Just last week, our attorneys once again were First in the Fight when the MRFF’s complaint led to the U.S. Marine Corps banning Shields of Strength’s dog tags.

But if you think these absurd claims aren’t enough evidence of the MRFF’s hostility against religious expression in the military, then you’re in for a surprise.

Only a few days before Christmas, the MRFF found a way to undermine military religious freedom and deflate the holiday cheer at the same time…in one of the most ridiculous ways you can imagine.

They complained about an inflatable Santa Claus on an Army base.

Yes, they made the ludicrous claim that a “Soldier Santa” on display in the commissary at Fort Belvoir in Fairfax County, VA was unconstitutional because it stood wearing military camouflage, a lapel reading “Christmas Force” and held a small sign with the phrase, “God Bless America.”

However, they weren’t done blowing up the Christmas spirit.

In yet another brazen attack on military religious freedom, the MRFF called out the Peterson Air Force Base in Colorado Springs, CO for selling Jesus-themed candy canes. They even went as far as to refer to this Air Force installation as being one filled with “wretched, fundamentalist Christian, religious extremist bigotry and prejudice.”

Of course, what they’re doing amounts to nothing more than a publicity stunt. Any real constitutional expert—or any first-year law student for that matter—knows that selling candy canes at Christmas is perfectly legal, as is putting up a harmless inflatable Christmas display.

It’s unfortunate that the MRFF insists on inventing dubious legal fairy tales, to the point where it appears they’ve made up their own version of the Constitution in order to fulfill their anti-faith agenda.

Additionally, the MRFF’s religious harassment is clear from its constant attempt to remove Bibles from being used or seen in the military.

First Liberty is currently fighting to defend a POW/MIA Remembrance table at the VA hospital in Manchester, NH. The MRFF, located more than 2,000 miles away, complained about the presence of a WWII veteran’s family Bible appearing on the display, calling it “repugnant.”

And because they can’t seem to satisfy their desire to erode military religious freedom here on Earth, the MRFF recently expressed distaste over the use of a Bible for the swearing-in ceremonies of commanders of the newly created Space Force, the sixth branch of the U.S. Military. Though the use of Bibles for such ceremonies is a longstanding historical tradition, the group called it a “shocking and repulsive display of only the most vile, exclusivist, fundamentalist Christian supremacy.”

The attacks above are only those of a single group of radical activists…and they show us the extent that enemies of religious liberty are willing to go in order to scrub all religious expression from American life—and our brave military heroes aren’t immune to the opposition’s All Out war on faith.

Just as our service members never give up when fighting for our freedoms, First Liberty will never give up on our mission to fight for their First Freedom and defend them from the barrage of assaults being waged by outside activists such as the MRFF.

We’re confident that in 2020 we can start putting religious hostility behind us and begin reclaiming the freedom for which our service members risk their lives.

They need YOUR support to stop brazen violations of their religious liberty.