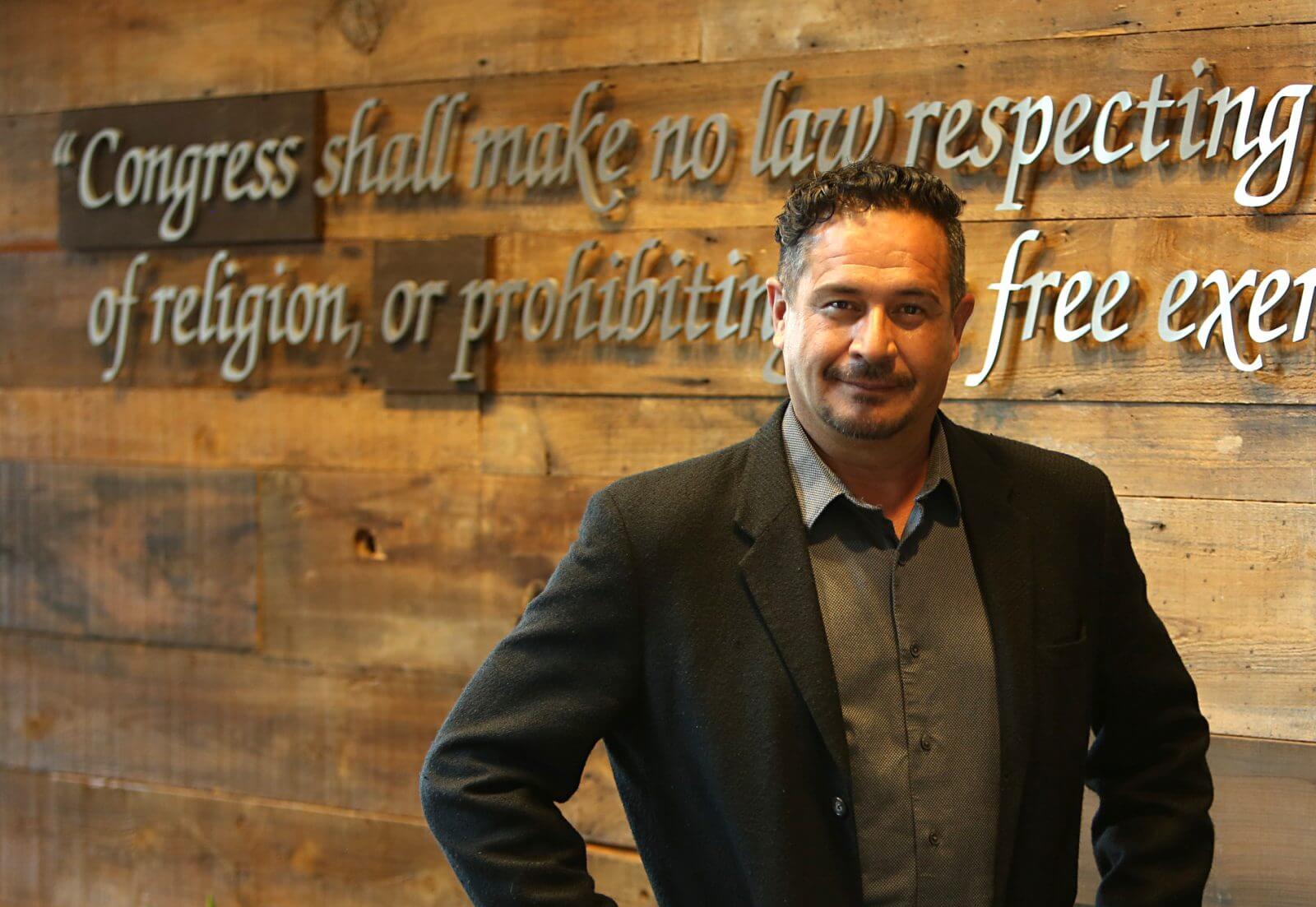 As reported in Liberty Watch and across the nation’s news media, Rodriguez, a decorated 33-year Air Force veteran, was thrown out of a fellow airman’s retirement ceremony. Indeed, he was forcibly ejected despite being asked to be there, for daring to include the word “God” in a prepared flag folding speech.

On Monday, June 20, First Liberty sent a demand letter to the U.S. Air Force demanding that they admit wrongdoing and hold those responsible accountable. First Liberty also released the details of Rodriguez’s story and video of Rodriguez being dragged out of the ceremony.

The story quickly spread on such media outlets as Breitbart, Fox & Friends, the Drudge Report, the Washington Post, and a number of other major news sources. People all over the county were appalled that a decorated, honored veteran could be treated in such a way at a private ceremony—all over the word “God.”

Video of the assault garnered almost half a million views alone, with thousands of other shares, likes, and tweets. Comments throughout social media ranged from outrage to disbelief.

Watch the video that spread like wildfire last week!

In just a few days, the controversy reached the highest levels of the Air Force at the Pentagon.

Two days after First Liberty sent the demand letter to the Air Force on behalf of Rodriguez, media reported that Secretary of the Air Force Deborah Lee James ordered the Air Force Inspector General to review the Air Force’s actions in the incident.

THE MILITARY ‘ABUSED ITS POWER’

“Congress shall make no law respecting an establishment of religion, or prohibiting the free exercise thereof; or abridging the freedom of speech…”

“There should be no question whether an American citizen has the right to say the word ‘God,’ especially in a private ceremony, and by a private citizen,” Berry said.

“The military broke the law and abused its power,” Berry continued. “We expect the Air Force to hold those responsible accountable, and allow Mr. Rodriguez to continue honoring the flag and other veterans who have sacrificed for our country.”

THE BATTLE IS NOT OVER

Despite the national outrage over the Air Force’s treatment of Rodriguez, not everyone is supportive of his rights to free speech and free religious expression.

Mikey Weinstein of the Military Religious Freedom Foundation, which advocates for so-called religious neutrality in the military, has made a statement that he is now representing 14 service members who object to the actions being taken by the Air Force. Weinstein is threatening to sue on their behalf.

Weinstein even stated in an interview with the Daily Signal, that MSgt Chuck Roberson, the retiree who invited Oscar Rodriguez, should be court-martialed for inviting Rodriguez to the ceremony in the first place.

As for Oscar Rodriguez and his attorneys at First Liberty, they are still waiting for the Air Force to fulfill the conditions of the demand letter, which include “(1) A written admission of wrongdoing and unlawful actions by the responsible member(s); (2) A written apology to Mr. Rodriguez; (3) A written assurance that, henceforth, no member of the 349th Air Mobility Wing will commit assault or battery against Mr. Rodriguez because he is attempting to engage in constitutionally protected conduct; (4) Punitive action against those determined to be responsible for violating Mr. Rodriguez’s constitutional rights.”

Liberty Watch will keep you updated regarding this important case for the future of religious liberty in the military and beyond.