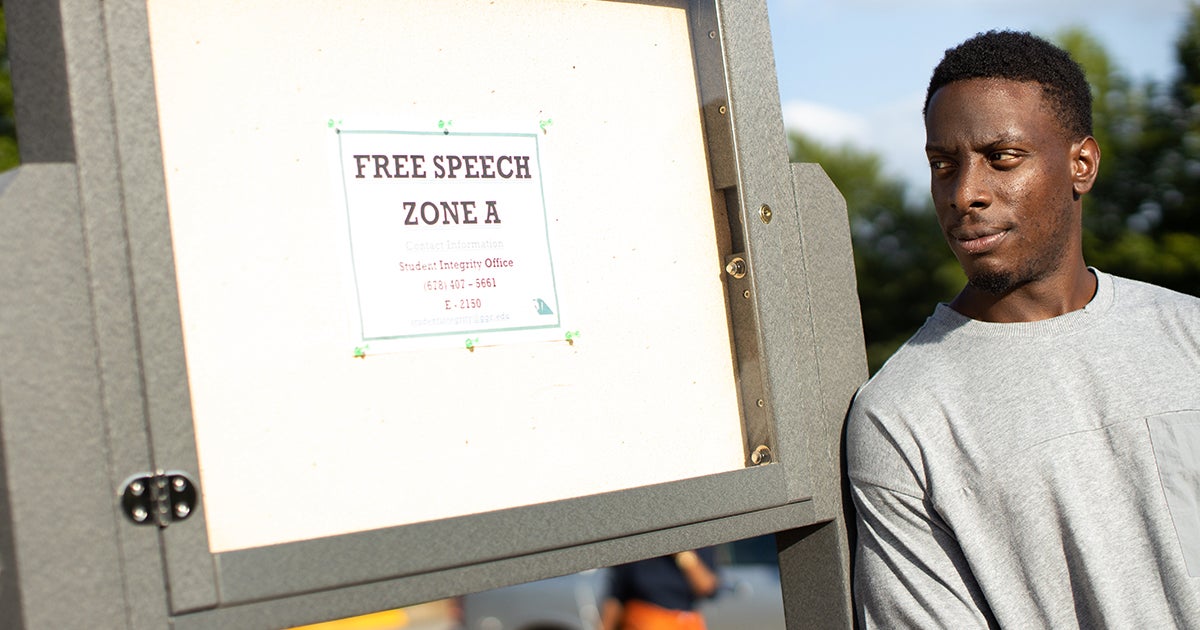 A student at Georgia Gwinnett College, Chike Uzuegbunam, shared his Christian faith in a public area on the campus. The College prohibited Chike from speaking publicly about his faith because he did not have prior “permission” and a “reservation” to use one of the designated free speech zones on campus (which comprise less than one percent of campus and are open ten percent of the time). Even though Chike followed the College’s procedures, officials at the College still prohibited him from evangelizing in public and threatened him with discipline if he persisted.

Chike sued in federal court to challenge the College’s speech restrictions. Initially, the College attempted to justify its prohibitions, but then, changing course, the College argued that the case should be dismissed because Chike had graduated and the College recently rescinded the challenged speech rules. Astonishingly, the District Court and the Eleventh Circuit agreed that the conflict should not be litigated. The Supreme Court decided to review that determination and the oral argument took place this week.

The Supreme Court’s decision in this case will have important implications for free expression on college campuses and religious freedom throughout America. If the Supreme Court decides in favor of the student, it sends a message to colleges around the country that discriminatory policies will be scrutinized and colleges will be held accountable. But if the Supreme Court sides with the College, it would incentivize colleges to enact unconstitutional rules, use those rules to censor and discriminate against certain groups, and then provide colleges with an easy escape from punishment by dropping the rule if and when they get sued.

A bad decision in this case could not only negatively impact students’ rights on college campuses, but it could also leak through to the public square and embolden other government entities to discriminate if they know that they will not be held accountable.

Such a decision could discourage many Americans from suing when their rights have been violated. If the government can just avoid the legal consequences of its discriminatory actions by changing the policy, what’s the point of seeking legal remedy through the courts?

At a time when private entities are restricting speech at alarming rates, it is vital that our courts send a message that free speech is still honored in public places. The Supreme Court should make it clear that when our constitutional rights are violated, the courts should hold public schools and any other government official accountable for their acts of religious discrimination.