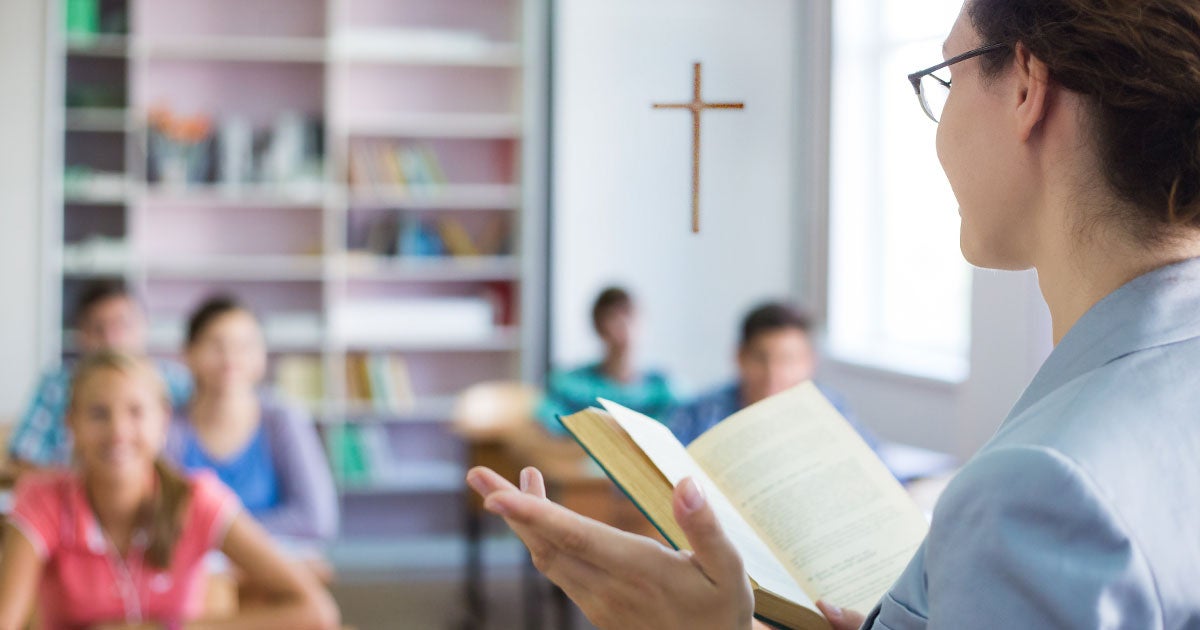 The Supreme Court on Wednesday affirmed the principle that religious schools have a constitutional right to decide who teaches their faith without government interference. The decision extends beyond religious schools to protect the First Amendment rights of churches, synagogues, faith-based charities and other religious institutions.

In Our Lady of Guadalupe School v. Morrissey-Berru and St. James School v. Biel, the Court sided with two Catholic schools defending themselves against employment discrimination claims by their former teachers. The seven Justice majority opinion declared, “When a school with a religious mission entrusts a teacher with the responsibility of educating and forming students in the faith, judicial intervention into disputes between the school and the teacher threatens the school’s independence in a way that the First Amendment does not allow.”

Under a legal doctrine called the “ministerial exception,” the Constitution prohibits the government from scrutinizing the employment relationship between religious organizations and certain important employees who are considered “ministers” of the organization. The Ninth Circuit had parted ways with the other circuits when it declared that two Catholic school teachers were not ministers, even though they taught religion for a portion of the day, prayed with their students and prepared them for sacraments. The Supreme Court reversed the Ninth Circuit’s decision and confirmed that employees who serve as teachers of the faith are ministers because their responsibilities “lie at the very core of the mission of a private religious school.”

The ministerial exception is based on the importance of religious autonomy—religious institutions have a constitutional right to make their own decisions about their faith, doctrine and internal governance, without interference from the state. They must be able to freely choose who will convey their message and carry out their mission, because if the government can control who conveys a church’s message, it can also control the content of that message.

When the Supreme Court unanimously affirmed this doctrine eight years ago in Hosanna-Tabor Evangelical Lutheran Church & School v. EEOC, it did not explicitly define which employees qualify as “ministers.” Instead, it left it to the lower courts to decide which employees qualify under the circumstances of each case. In Our Lady of Guadalupe, the Court clarified that the primary consideration is “what an employee does.” Notably, it affirmed that the religious organization’s explanation of the role of its employees is “important,” because “judges cannot be expected to have a complete understanding and appreciation” of each employee’s role in carrying out its religious mission.

This is an important win for religious institutions and supporters of religious liberty. The Court affirmed that the government and the courts should stay out of employment disputes involving important positions with religious schools, houses of worship and other religious organizations. Without such a ruling, these organizations would have been subject to increased litigation and court scrutiny over the hiring of key personnel and may have been required to comply with employment laws, even when compliance would have contradicted their religious tenets or values.

In its recent Bostock v. Clayton County decision, the Supreme Court interpreted the Civil Rights Act’s prohibition of sex discrimination in employment to include discrimination based on sexual orientation and transgender status. This decision led many churches and other faith-based ministries to question whether they can continue to hold their employees to faith-based standards regarding issues such as sexual conduct. Our Lady of Guadalupe has reduced some of the potential for tension by removing the applicability of Bostock to key ministerial positions at churches, synagogues, religious schools and other religious ministries.

As explained by the Court’s opinion, “The religious education and formation of students is the very reason for the existence of most private religious schools, and therefore the selection and supervision of the teachers upon whom the schools rely to do this work lie at the core of their mission. Judicial review of how religious schools discharge those responsibilities would undermine the independence of religious institutions in a way that the First Amendment does not tolerate.”

*This article was originally published on Real Clear Religion on July 13th, 2020.