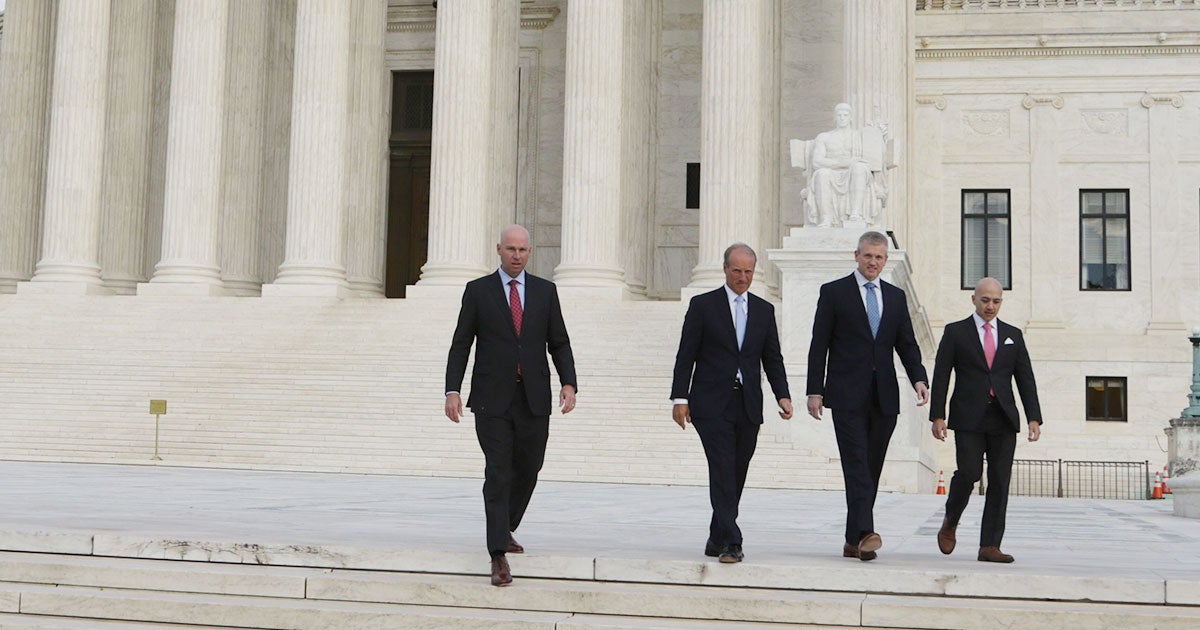 There’s a reason why we are first in the fight.

When I hear that someone’s been attacked or harassed because of their faith, or I see an incident where religious freedom is under threat – I like to say, “First Liberty rides to the sound of the guns.”

It’s another way of saying that we aren’t afraid to jump into the fight.

We recently saw ourselves precisely in that situation – and we had to run directly into the frontlines of a critical legal battle.

At the eleventh hour, we were asked to handle a case for two Catholic schools in Puerto Rico, Academia del Perpetuo Socorro and Academia San José.

For decades, these schools have been legally independent, managing their own affairs without having to affiliate with any particular church. Recently, however, the Supreme Court of Puerto Rico issued a ruling denying the legal existence of these two Catholic schools and directed them on how to organize and manage their affairs.

But just so you understand, here are a few disturbing things we found and why we weren’t going to stay on the sidelines. The Puerto Rico Supreme Court:

So if the current ruling from the Puerto Rico Supreme Court stands, it could make for very bad law in the future.

To overturn that decision, they’d need to appeal to the U.S. Supreme Court – and so they turned to us at the most pivotal moment of their case, knowing they’d need the nation’s best to fight at the highest court in the land.

As you probably know, taking a case to the Supreme Court is a difficult task in and of itself.

And, we had less than a month to file that Supreme Court petition.

But as I said before, we don’t run away from the battle. We charge forward to the battlefront.

Don’t’ get me wrong, it’s every lawyer’s dream to litigate a case at the High Court, but it takes countless hours of intense preparation, research and making sure that all of the elements and the arguments are lined up just right – because you want the Justices and their clerks to take your case.

So you can imagine how much more pressure comes when the clock is ticking down. Nonetheless, our legal team didn’t shy away from the challenge. We went to work immediately and began to put everything together – the evidence, the arguments, the briefs, the network attorneys we’d need locally, all of it.

And together, we got the job done.

We submitted our petition and right now it is being reviewed by the Justices of the U.S. Supreme Court, and it’s possible that we could hear a decision in the next few weeks.

Give today. Together, we can fight and win at the U.S. Supreme Court.

Maybe you’re wondering why we decided to take on this case, especially knowing that we were going to be racing against the clock.

Honestly, we simply had to do it – because that’s who we are. That’s what First Liberty does as an organization.

The way I see it, these religious schools reached out to us to represent them at the highest level because they knew that we are the firm who puts on the armor, goes to battle and wins.

What’s more, the deeper I looked into what had happened, the more I realized the constitutional violations that had taken place were not only outrageous, but also gravely serious and harmful to your freedoms, and to those of millions of Americans.

The stakes for religious liberty in our country are just too high right now, in particular when it comes to the rights of faith-based schools, teachers, and students. This was a prime opportunity that rarely presents itself, to take a case that’s ready to go to the Supreme Court. And by doing so, we would fight to secure a ruling that would protect religious freedom for you, your house of worship and for faith-based schools all around the country.

Let me put it into perspective: If a court or state agency can tell a church or school how to operate, it’s only a matter of time until government is telling churches what to believe.

That kind of intrusion has the potential to impact churches and religious schools not just in Puerto Rico, but all throughout the country, essentially erasing autonomy for religious institutions.

It could mean that churches and religious schools won’t be able to own property, defend themselves in court, enter basic contracts, organize their own administrative affairs, run their education programs according to their beliefs — all of which will affect the people and the communities they serve.