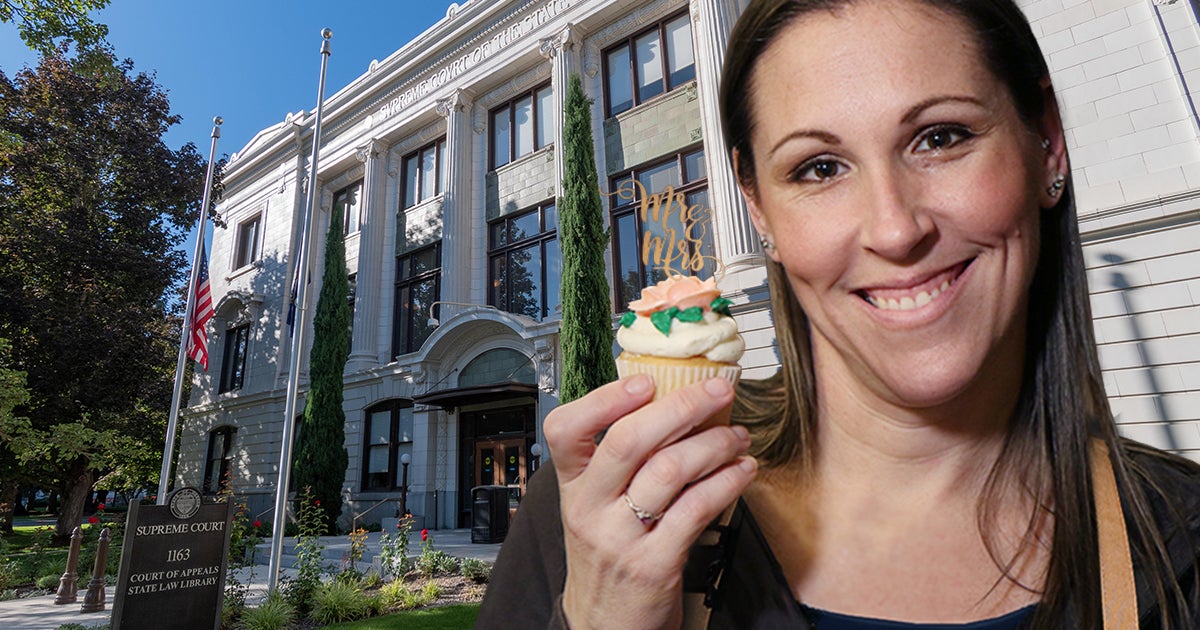 This week, First Liberty filed a petition at the Oregon Supreme Court in our Sweet Cakes by Melissa case.

We’re asking the Court to reverse a lower state court decision that forced our clients Aaron and Melissa Klein to close their family bakery, Sweet Cakes by Melissa, after the state fined them $135,000. Aaron and Melissa have been fighting through the court system for several years, after they declined a request to create a custom cake for a same-sex wedding. Designing and crafting this cake would force them to convey a message that conflicts with their religious beliefs.

First Liberty attorneys argue that the First Amendment protects the Kleins—and Americans of different perspectives and beliefs—from being forced to send a message with which they disagree. The brief states:

“…Custom wedding cakes are pure expression that is fully protected by the Free Speech Clauses of the First Amendment and the Oregon Constitution. Forcing artists to design, create, and decorate custom products to celebrate marriage rituals abridges the freedom of speech protected by these provisions.”

Our petition comes after the Oregon Court of Appeals handed down a troubling decision last month. On one hand, it admitted the Oregon Bureau of Labor and Industries (BOLI)—a bureaucratic state agency—acted with hostility against Melissa and Aaron because of their religious beliefs.

But then the Court tried to have its cake and it eat it too. Incredibly, it sent the case back to BOLI for a do-over.­ In other words, Melissa and Aaron are being told to seek justice from the same hostile agency that acted as prosecutor, judge and jury in their case the first time around.

This is starkly unfair. How can BOLI be trusted to be impartial and fair, when it’s already been established that it acted with religious hostility? 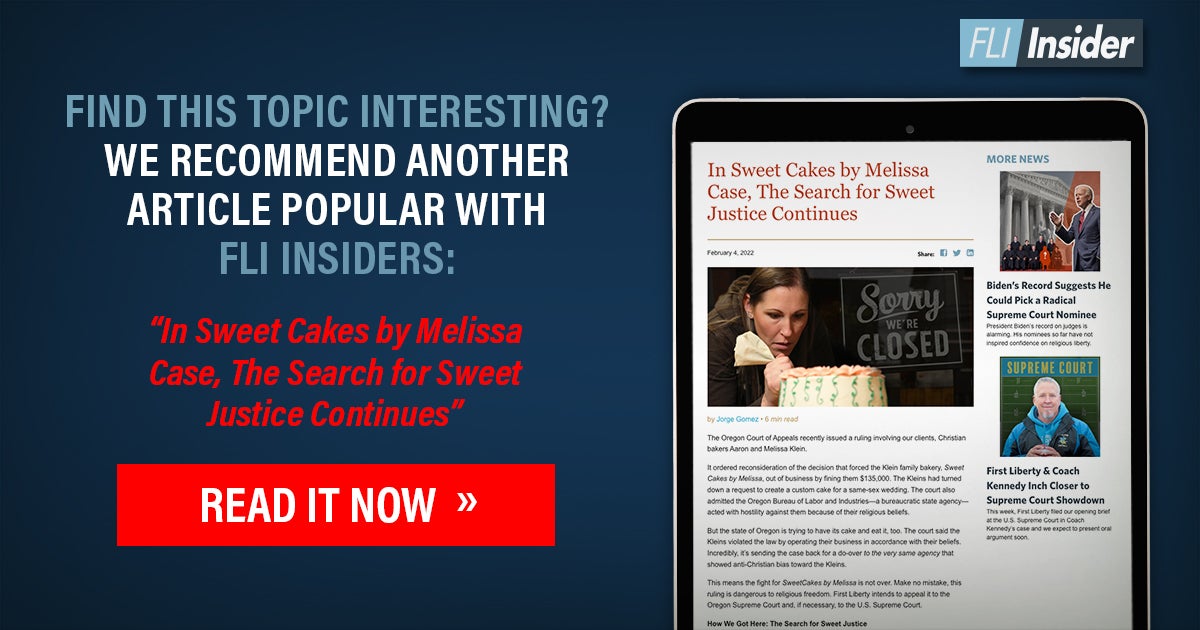 As our team fights this case at Oregon’s highest court, several reasons give us hope that the Kleins can win back their freedom.

Recall that a few years ago, First Liberty took the Sweet Cakes case to the U.S. Supreme Court after state courts refused to restore Aaron and Melissa’s constitutional rights. At that time, the Supreme Court vacated the state court decision and sent the case back to Oregon officials and courts with a clear message: Aaron and Melissa Klein are “entitled to the neutral and respectful consideration” of their claims.

What’s more, the nation’s highest court also said they deserve the same protection from religious discrimination afforded to cake artist Jack Phillips in the Masterpiece Cakeshop v. Colorado (2018) case, an important victory for religious liberty. The Court pointed out that “government has no role in deciding or even suggesting whether the religious grounds for a conscience-based objection are legitimate or illegitimate.”

Now, the Oregon Supreme Court has an opportunity to follow the guidance and precedent already set forth by the U.S. Supreme Court. That is, government officials cannot treat religious Americans with hostility and must respect their beliefs.

But the Oregon Supreme Court is also presented with a related and equally vital question: Can the government compel Americans to create a message that conflicts with their deepest convictions?

A ruling in the Kleins’ favor could be a critical victory for religious liberty. After nearly 10 years of arduous litigation, it would stop the state from continuing to unjustly punish this award-winning bakery and family of seven.

The stakes in Sweet Cakes by Melissa could not be higher and winning this case would be a massive step in the right direction to restore and protect religious liberty in the marketplace. It could deliver a win for countless faith-based business owners who face hostile treatment and the real threat of closure and bankruptcy, because of their beliefs. 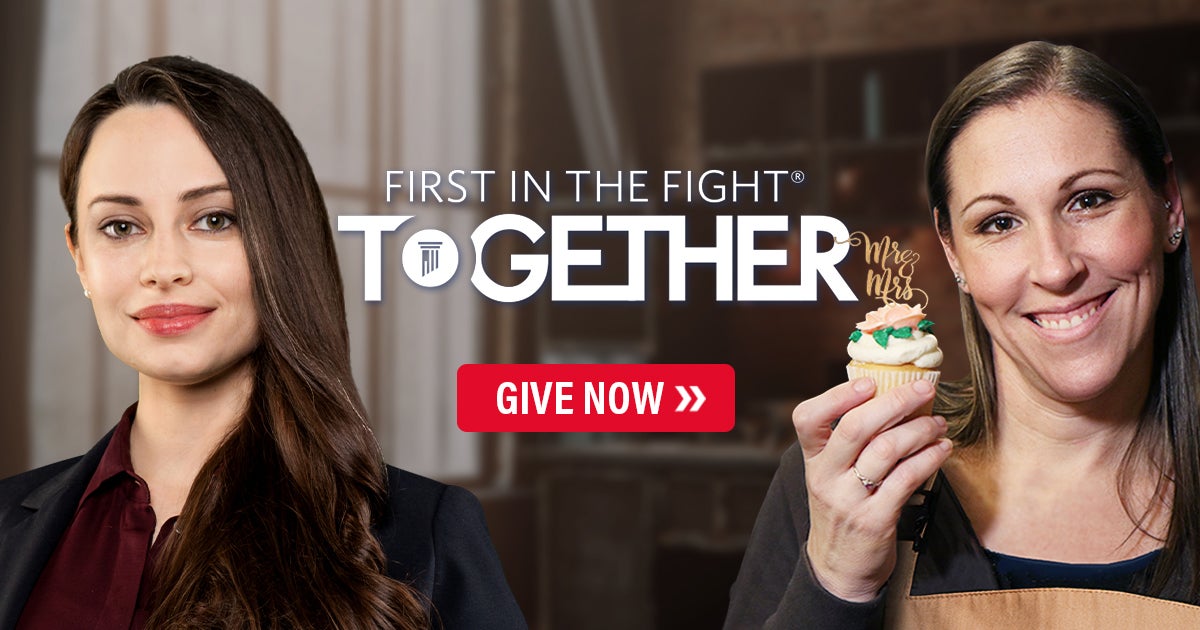