You Fought For Us…We Fight For You 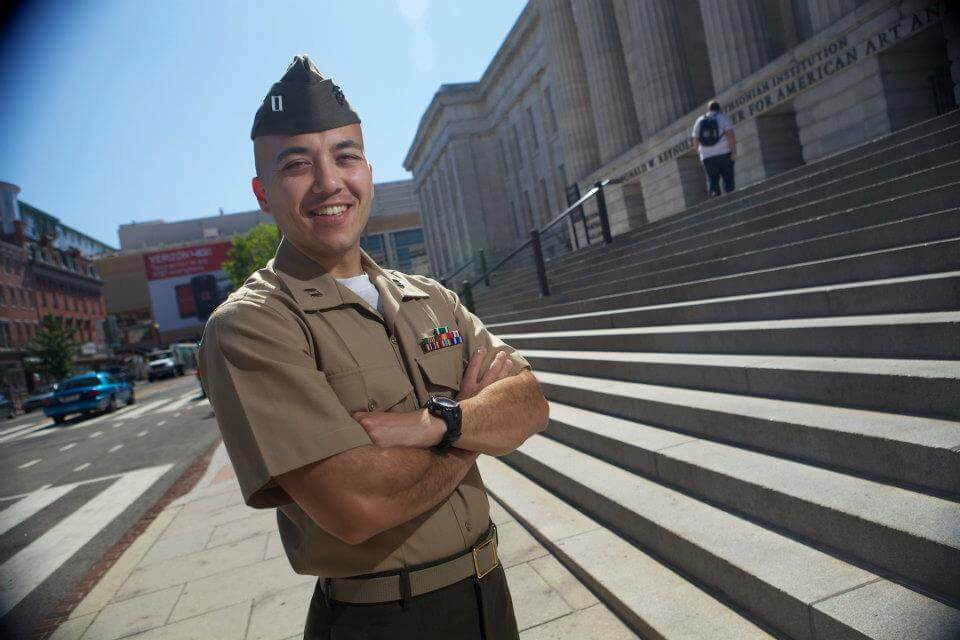 Since joining First Liberty in 2013, Mike Berry, Deputy General Counsel and Director for Military Affairs, has participated in some of the nation’s most high-profile religious liberty cases.

Currently, Berry and the First Liberty legal team are litigating some of our nation’s most crucial military cases, several of which may reach the Supreme Court, such as the fight to save the historic, 90-year-old Bladensburg WWI Veterans Memorial from being torn down.

But to truly understand Mike’s personal passion, conviction and “warrior spirit” in fighting on behalf of our service members, we have to travel back to 2008. It was then, a decade ago, that Mike was deployed to Afghanistan as a member of the U.S. Marine Corps.

On the 10th anniversary of his deployment, First Liberty sat down with Mike to discuss the greater meaning and purpose behind his incredible personal experience, and how it continues to fuel his mission today.

MB: Looking back ten years later, it was definitely one of the hardest things I’ve ever gone through, not just physically, but mentally. There’s a lot of stress that comes from being deployed in a combat zone, especially when you think about not coming home. You think a lot about your family – your wife and kids. It takes a heavy emotional toll.

Q: So now that you’re back home and you look back on your deployment, what is something that you’ve learned to value from living in the United States?

MB: When you see what life is like under a totalitarian regime, like the Taliban, you really start to think about what life is like back home. And you realize how many privileges and freedoms we have in America. So when I came back, I decided that I would never take those things for granted.

When I studied the history of countries like Afghanistan, I learned that many used to be flourishing nations with many freedoms. But over time, an oppressive regime began to take away those freedoms. We can’t assume that America will always be free as it is today. We need to stand guard and be vigilant about preserving our freedom.

Q: After transitioning back home from military service, how did you arrive at First Liberty? What led you to focus your legal career on religious freedom?

MB: I think my deployment planted a seed to defend freedom. When I came back home, I developed a real passion for religious liberty as I started to follow Supreme Court cases and events that were happening in the country. I remember experiencing hostility to religion and religious freedom while I was in law school, and that played a part in my desire to protect religious rights.

I’d known and followed First Liberty and Kelly Shackelford for some time. I happened to meet one of our former attorneys at an alumni event and I got to know him better. He passed on my resume and a few months after I got called back for an interview. It was like a dream come true, because I’d wanted to work for a firm like First Liberty for a while. Plus, it was in my home state of Texas, and that was definitely a Godsend.

Q: Speaking of the Supreme Court, can you share more about veterans memorial cases – like the Bladensburg Veterans Memorial – and what those mean to you personally?

MB: You know, in my opinion, people who serve in the military don’t really ask for much. But we do ask that we remember those who didn’t make it home. We want to be able to honor those who paid the ultimate price.

This really hits home for me. I had a buddy in Afghanistan, Jason, who was about the same age and rank as me. We got to know each other and talked a lot about home, even though we came from really different backgrounds. We studied the Bible together. He was a solid guy and a great officer. He was actually killed in an accident when we were there – he was one of those that didn’t make it home.

Veterans memorials remind us that service members – like my friend Jason – did not sacrifice their lives in vain.

Q: Let’s say that one of these memorials comes down. What message do you think that sends to military veterans?

MB: Most veterans would probably go through a range of emotions: rage, sadness and outrage. But ultimately, it’s downright disrespectful to veterans and it sends a message that their service was worthless. It says that those who paid the ultimate sacrifice aren’t worthy of remembrance.

As humans, we have short memories and tend to move on quickly. But a simple memorial doesn’t let us forget those who gave their lives. It’s a way to make sure our military heroes are not just a footnote in history.

Q: So is that what drives you forward in your work as a lawyer here at First Liberty?

MB: Yes. On a personal level, I feel like I can honor the sacrifice of my friend, Jason and other veterans. It’s my way of saying, “I’m not going to forget about you and I’m going to fight.”

And professionally, I’m driven by what I’ve seen in other countries where there is little to no religious freedom. In every country I’ve visited, like China, Iraq or Afghanistan, people recognize the blessings we have here in America. And again I’m reminded that freedom will only last as long as we are able to protect it.

Q: What would you say to encourage those military veterans and service members who’ve suffered some kind of harassment for their faith?

MB: I’d say to them: Just as you did not give up on your country when you were serving, we won’t give up on you. Our mission here at First Liberty is to fight for you and to remember the selfless sacrifice that you’ve had to pay for others. I’d also say, never give up. As we say in the military, “Stay in the fight.”