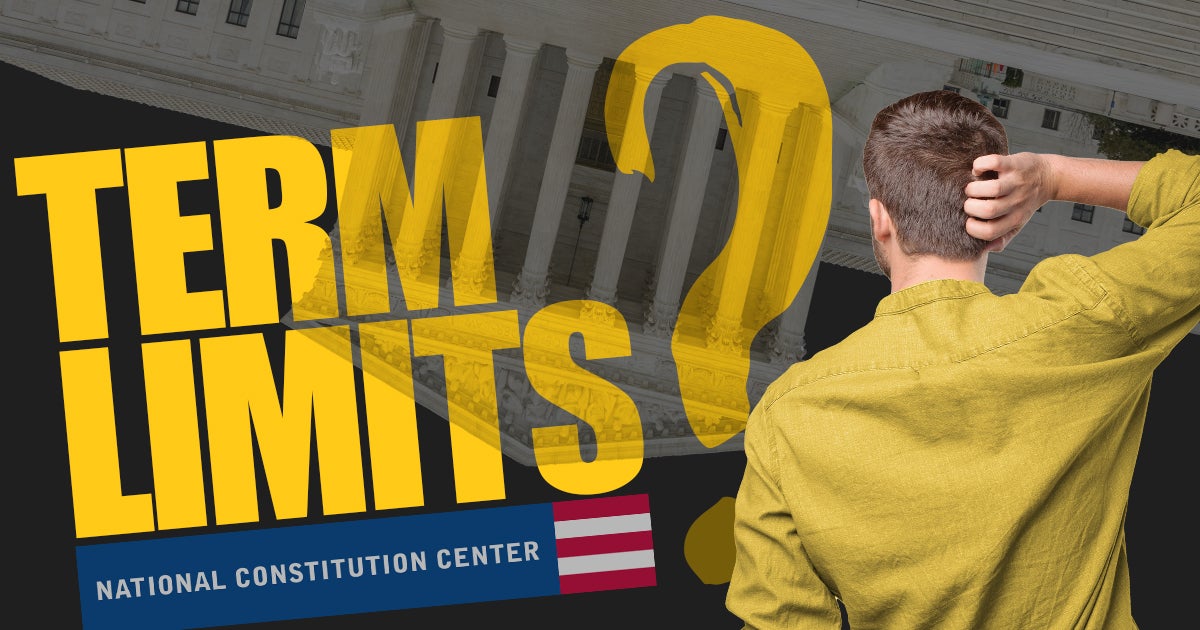 America recently observed Constitution Day, commemorating the 235th anniversary of the U.S. Constitution, ratified on September 17, 1787. Only a few days after this important celebration, the National Constitution Center (NCC) published a report recommending several changes to our nation’s founding document.

The NCC calls itself “America’s leading platform for constitutional education and debate.” Its recent report, however, raises concern because it includes one of the most dangerous court “reform” proposals: term limits for Supreme Court justices. It presents arguments for a constitutional amendment to cap each U.S. Supreme Court justice’s tenure to 18 years and give the president the power to select a new justice every two years.

It’s alarming that so soon after commemorating our nation’s charter of government, the NCC would put this deceptive court “reform” front and center. Americans should view NCC’s report with serious caution. Judicial term limits sound harmless at first, but they could spell disaster for our country.

Life tenure for Supreme Court justices has worked well for more than 230 years. Lifetime judgeships help protect judicial independence and ensure the law is administered in predictable and equal ways. Alexander Hamilton called life tenure “one of the most valuable of the modern improvements in the practice of government.” Slapping term limits on Supreme Court justices would destroy these hallmark features built into our system of government.

Far from benefiting America, judicial term limits are part of the political Left’s radical scheme to rig the Supreme Court in its favor. This is nothing more than an attempt to cancel justices. It’s simply the Supreme Court Coup by a different name. It is packing the Court, two years at a time.

The NCC’s report also raises red flags especially because of the individual who writes for judicial term limits: Caroline Frederickson, who served on President Biden’s Supreme Court Commission. If you recall, this Commission demonstrated from its inception and throughout its meetings that it was nothing more than a vehicle for liberal court “reform” priorities. It was not created to answer whether “reform” was necessary. Instead, it was formed to explore how to change the Court.

A deeper look at Frederickson’s background also reveals a history of legal advocacy on behalf of radical, Left-wing organizations. She’s worked for the ACLU, the National Abortion Rights Action League and served as President of the American Constitution Society (ACS), one of the most vocal proponents of extreme judicial “reforms.”

ACS alleges that “both structural and non-structural Supreme Court reforms are urgently needed.” As it is often the case with many organizations on the political Left, ACS’s push for court “reform” appears to be because the Court’s decisions don’t favor its agenda. It expressed displeasure with the Dobbs v. Jackson ruling that properly returned the power to regulate abortion to the states. The group mistakenly called the Court’s ruling in Kennedy v. Bremerton School District an attack on “the separation of church and state in disregard of 50+ years of precedent regarding the First Amendment.” That, of course, is not true. The Kennedy decision is a major victory for religious freedom. It restores a more common-sense and historically accurate reading of the Constitution regarding religious expression in the public square, as we explained in a prior article.

Term limits, however, are not the only threat. Frederickson leaves the door open to the possibility of adding seats to the Court. She explicitly recommends “not to fix the size of the Court at nine.” Like term limits, court-packing would be a severe blow to the integrity and independence of our judicial branch.

Whenever rulings don’t go their way, activist groups and politicians’ immediate solution is to radically tilt the Court in their favor. The rush to add seats to the Court and remove justices is not about “restoring balance,” and much less about “fixing” the Court. It’s all about changing the rules, getting around decisions they don’t like and grabbing more power.

Because it’s activists on the political Left who are most fervently calling for term limits, it’s nearly impossible to give court “reform” credibility in any real sense. A cursory glance at their statements quickly exposes court-packing and judicial term limits for what they really are: politically motivated schemes to advance the agenda of the party in power.

Term limits for Supreme Court justices betray our country’s founding principles. They defy the letter and spirit of the Constitution. They are a constitutionally suspect “reform” that would destroy judicial independence, turn judges into an extension of the party in power, endanger our freedoms and bring America one step closer to tyranny.

As radical groups double down on rigging the Court for their benefit, Americans need to know the truth. More than 600,000 Americans have already joined the fight to defend the priceless heritage of the Supreme Court. We need 1 MILLION patriots to join our coalition and send this critical message: NO to court packing, NO to judicial term limits and NO to the Supreme Court Coup.