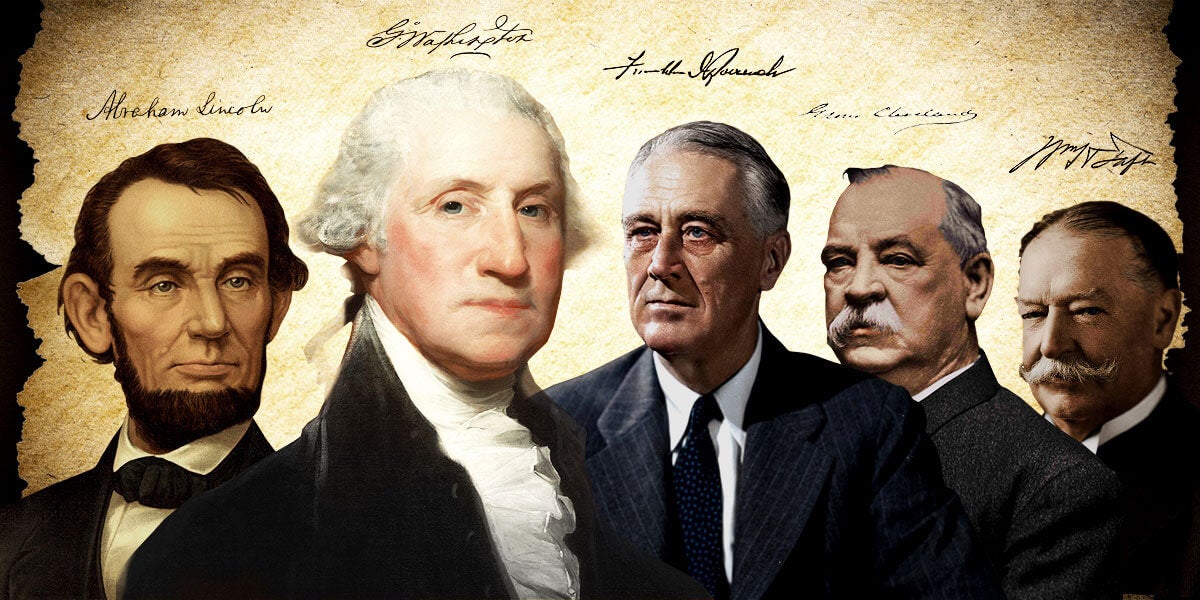 What comes to mind when you think about Thanksgiving?

You probably imagine yourself knee-deep in turkey and stuffing, maybe watching some football while you knock back some of grandma’s special apple pie.

But while you bask in your family feast, we want to share with you how Thanksgiving goes beyond harvests, dinners, and family celebrations.

Indeed, Thanksgiving has a close connection with the U.S. Constitution, the Bill of Rights, and how the Founding Fathers acknowledged the role of religion – and God – in the founding and the survival of the United States.

In fact, in 1789, the U.S. House and Senate formed a special committee that asked President George Washington to declare a day specifically dedicated to prayer and thanksgiving.

And thus, in October of that year, President Washington issued his Thanksgiving Proclamation, in which he thanked God for the documents that brought our great nation into fruition. And, what’s more, Washington had no reservations about calling religious liberty a blessing:

“…For the peaceable and rational manner, in which we have been enabled to establish constitutions of government for our safety and happiness, and particularly the national One now lately instituted – for the civil and religious liberty with which we are blessed…”

But the proclamation tradition didn’t start or end with President Washington.

America’s Founding Fathers and several U.S. Presidents have issued proclamations encouraging all Americans to have grateful hearts for our liberties, rights, our representative government, and the freedom to express and live out our faith. 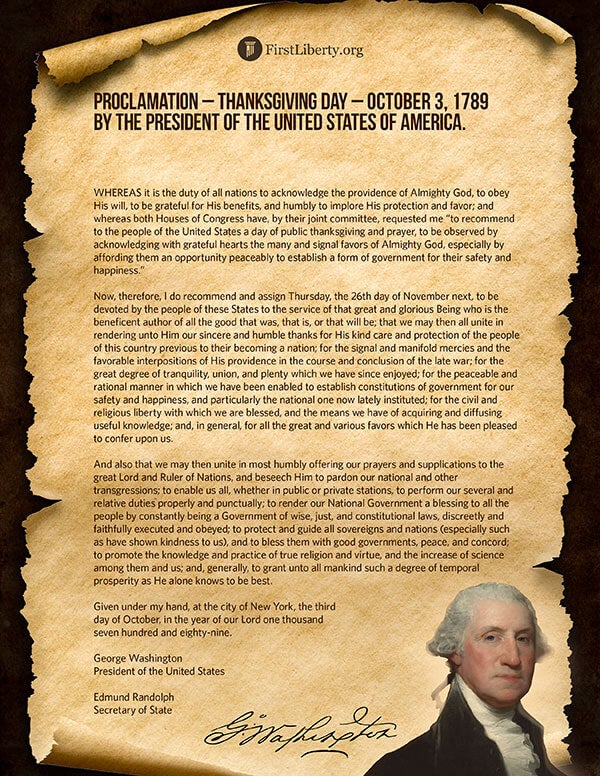 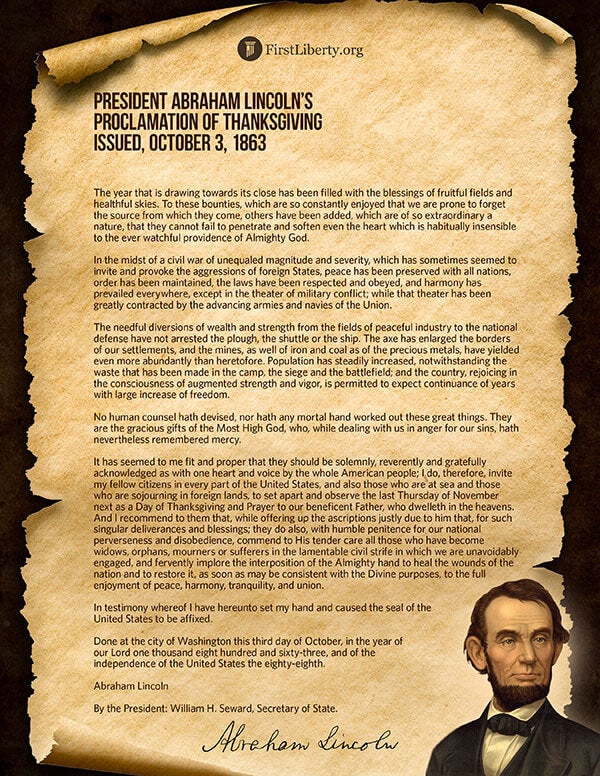 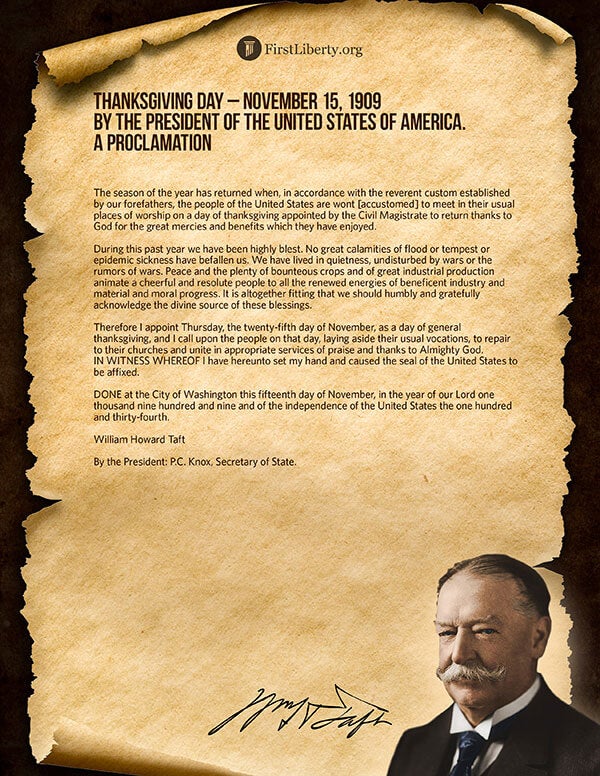 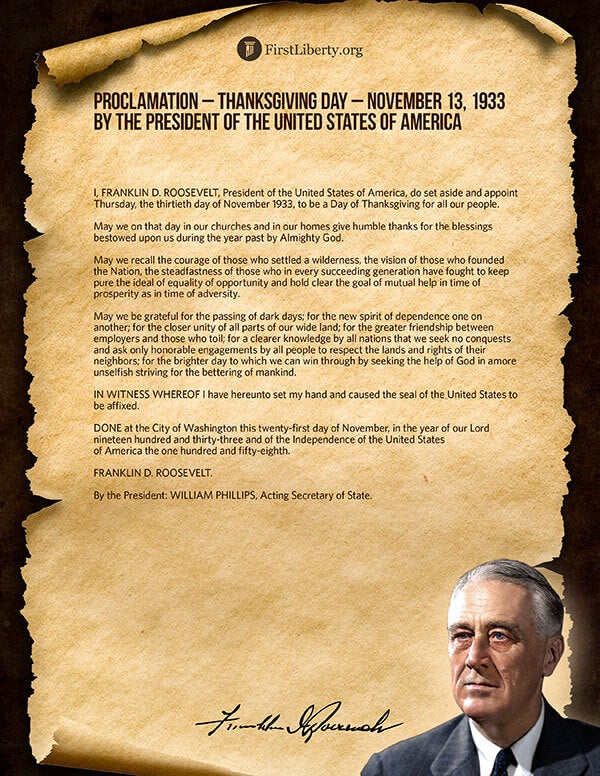