The Left (Again) Attacks a Sitting Justice, Undermines the Integrity of the Supreme Court 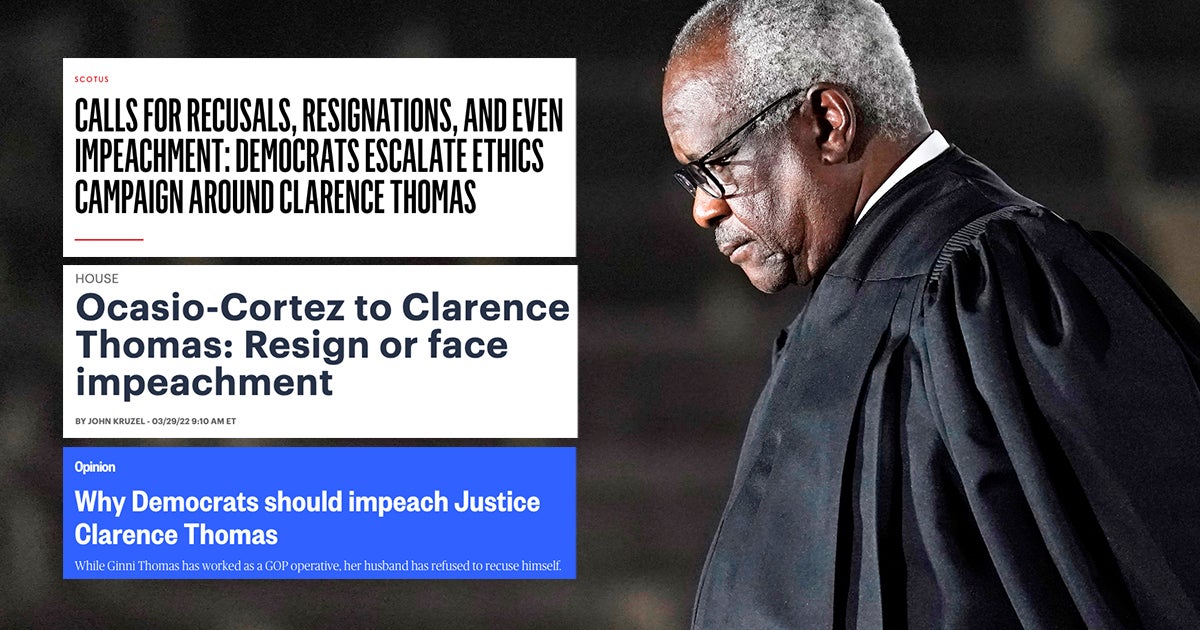 In recent weeks, the far Left appears to have launched a coordinated effort to nullify the presence of Justice Clarence Thomas on the U.S. Supreme Court.

A scan of headlines shows them demanding that Justice Thomas recuse himself from cases relating to the 2020 election. Some members of Congress have demanded his resignation while others have even floated the idea of impeachment.

But the radical Left is once again showing its true colors. These recent attacks make one thing crystal clear: their intimidation and bullying of Justice Thomas is all about political power. In a recent speech, Senate Minority Leader Mitch McConnell pointed out:

“Make no mistake. This performative outrage is not in earnest. This is a political hit, part of liberals’ years long quest to delegitimize the Court. All because our laws and Constitution occasionally inconvenience Democrats’ radical agenda… In recent years, the far Left has issued near-constant demands for the late Justice Scalia, Justice Alito, Justice Gorsuch, Justice Kavanaugh, and Justice Barrett to recuse themselves from various issues where the far left feared they might not like a certain ruling.”

In other words, this increasingly seems like a politically motivated smear campaign to remove a justice who’s served for more than 30 years, and who’s considered the strongest conservative on the Court. Instead of helping keep the Supreme Court above the political fray, these attacks have the opposite effect. They undermine the integrity and independence of the Court.

But we’ve seen this before. It’s not the first time the Left has gone after a justice who poses an obstacle to their agenda. 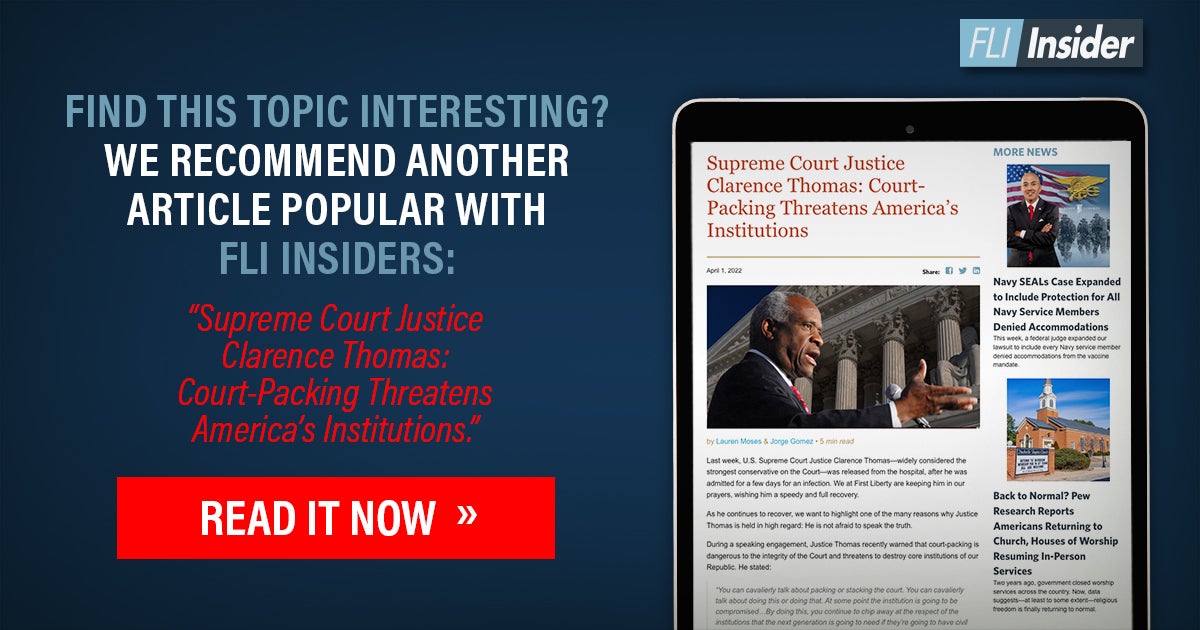 Last year, the Left mounted a full-blown effort to boot Justice Stephen Breyer from the Supreme Court, as they sought to create a vacancy for President Biden to fill with an ultra-liberal justice.

Perhaps the most visible example came when the liberal activist group Demand Justice drove a billboard truck around Capitol Hill with a sign reading: “Breyer, retire. It’s time for a black woman Supreme Court justice.” Their wish came true when Justice Breyer announced his retirement a couple of months ago and President Biden nominated Judge Ketanji Brown Jackson as his replacement.

On a related note, Demand Justice is one of the most vocal proponents of court-packing and other judicial “reforms” they claim would “restore balance” to the Supreme Court by tipping it in their favor. Never forget that court-packing quickly becomes the Left’s pet project and the proverbial “go-to” whenever the Court doesn’t rule in their favor.

But back to Judge Jackson. Her confirmation does not change the balance of the Court. It remains comprised of three liberal and six conservative justices.

What’s most alarming about Judge Jackson is her record and the type of justice she could be. There are multiple red flags suggesting she holds positions and a judicial philosophy far outside the mainstream. This creates serious concerns about how she would treat our constitutional rights—including religious freedom—if confirmed to the nation’s highest court.

Legal writing experts say Jackson’s writing style is similar to that of Justice Sonia Sotomayor, the Court’s most left-wing justice. Add that to the red flags in Jackson’s record, and it suggests she could be a Justice Sotomayor 2.0 in both her writing style and judicial philosophy.

After the coordinated effort to boot Justice Breyer from the bench, the Left got what it wanted. He will be replaced with an even more liberal justice—someone favorable to their pet causes and hostile to our constitutional rights and freedoms.

This improper interference in the judicial process is a far cry from the original intent of America’s Founders. In Federalist 58, Alexander Hamilton made it clear:

“The complete independence of the courts of justice is peculiarly essential in a limited Constitution…This independence of the judges is equally requisite to guard the Constitution and the rights of individuals from the effects of those ill humors, which the arts of designing men, or the influence of particular conjunctures, sometimes disseminate among the people themselves.”

Americans must wake up and recognize this: When the Left tries to manipulate the Court for its political gain, it’s our personal freedoms that are on the losing end of the bargain. Whether it’s trying to edge out a justice or boisterously calling to pack the Supreme Court, these attacks chip away at our institutions and are harmful to our Republic.