From the time of the Roman Empire to the British Empire, seeds were planted that would contribute to religious liberty in America. 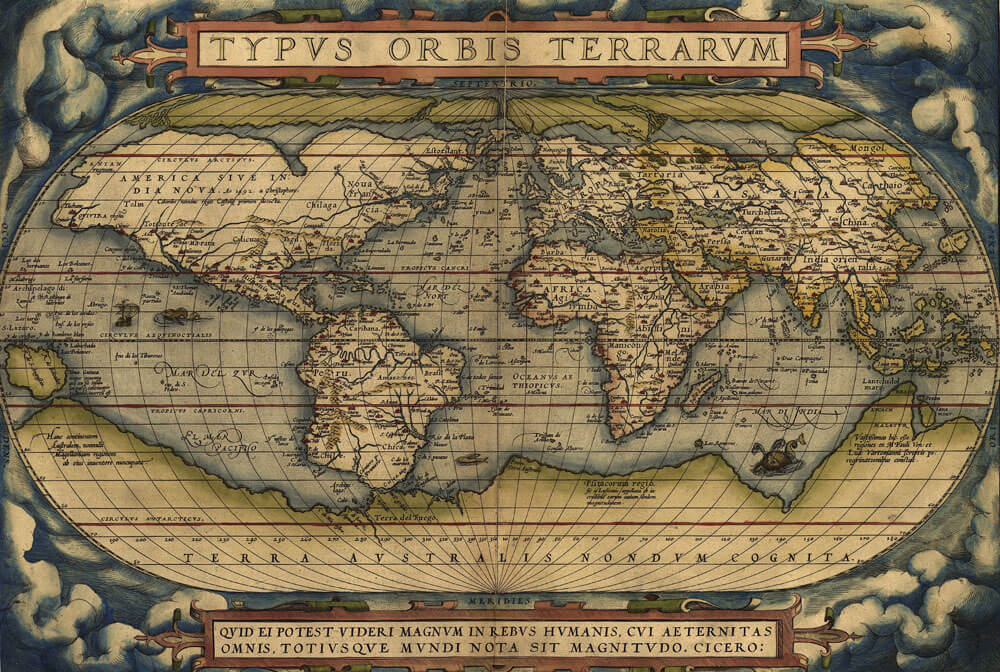 America is known for being a land of religious freedom. Many Americans—and in fact, many people around the world—know that the United States provides strong constitutional protections that guarantee the “free exercise” of religious faith.

But where did religious freedom come from?

The answer goes back farther in history than you might expect. Long before the first Europeans came to America or the philosopher John Locke wrote his famous Letter on Toleration, seeds of religious freedom were being sown.

SEEDS OF RELIGIOUS LIBERTY…FROM THE DAYS OF THE ROMAN EMPIRE

In America today, we tend to take for granted that governmental authorities are not divine and that religious institutions and the government are separate entities with authority over separate spheres. But that wasn’t always the case. For large societies such as ancient Egypt, history has often been characterized by “theocratic absolutism,” scholar Brian Tierney noted in an article titled “Religious Rights: A Historical Perspective.”

Christianity, however, resulted in a break with this pattern. Dr. Tierney observed that Christianity caused a move to a two-fold system of government: church and state. He noted that this system manifested itself in the Middle Ages but had roots reaching back to the advent of Christianity.

Christians did not ascribe divinity to the Roman emperor, Dr. Tierney pointed out. Instead, he stated that there was a “tension” between Christians and the Roman government—a tension that can be seen in Jesus’ famous instruction to “Render to Caesar the things that are Caesar’s and to God the things that are God’s” (Mark 12:17).

Another important development taking place in the Roman Empire was noted by scholar Robert Louis Wilken, who pointed out the importance of some early Christian apologists who made a case for the freedom to practice their faith.

For example, in his book The Christian Roots of Religious Freedom, Dr. Wilken quoted the following passage from Ad Scapulam, a work written by Tertullian of Carthage (North Africa) in response to severe persecution faced by Carthaginian Christians in the early 3rd century. Tertullian stated:

It is a person’s natural right and inborn capacity to worship whatever he intends; the religious practice of one person neither harms nor helps another. It is no part of religion to coerce religious practice, for it is by free choice not coercion that we should be led to religion… (from Corpus Christianorum, Series Latina 2:1127-28)

This is not to argue that all early Christians believed in religious freedom or even that they necessarily believed in it in the sense that we do today. In addition, Dr. Wilken pointed out that some toleration already existed in the Roman Empire.

However, Dr. Wilken observed that in the context of the ancient world, the ideas of Tertullian (and those articulated by Lactantius, another early Christian apologist) were groundbreaking.

The year 313 saw a major milestone for religious liberty in the form of the Edict of Milan, which was issued by the Roman emperors Licinius and Constantine. This provided freedom of worship for all, including Christians.

This state of affairs didn’t last long, however, as it would be less than 70 years later that the emperor Theodosius I would make Christianity the state religion of the Roman Empire.

The Middle Ages—another period unlikely to be thought of as containing roots of religious freedom—also made some contributions to the later development of religious liberty.

Dr. Tierney noted that one important and also inadvertent contribution of the Medieval period was its emphasis on the independence of the church from civil control (for example, the famous power struggles between popes and kings). Other contributions described by Dr. Tierney included the developing importance of the individual conscience and the birth of natural rights theories.

Natural rights—God-given rights that are inherent in mankind’s nature and are therefore inviolable—would later become an important facet of American political philosophy and religious freedom thought.

The Reformation period brought great change to Western Civilization. Due to a variety of factors, the Reformation also triggered accelerated movement toward religious freedom.

One factor was developing religious ideas. In his book The Religious Roots of the First Amendment: Dissenting Protestants and the Separation of Church and State, scholar Nicholas P. Miller noted that one idea with a big impact for religious freedom and religious disestablishment was the concept of individual biblical interpretation.

The Reformation period brought about new churches and more religious diversity. In general, most people only sought their own freedom. There were exceptions, though, such as the greatly persecuted Anabaptists, and later, the English Baptists, who were also persecuted for their faith.

History is full of people of faith who were punished for dissenting from the prevailing viewpoint.

In many places across Europe, however, religious dissidents were the victims of persecution. In addition, the Reformation period experienced violent conflict between different religious groups.

This conflict resulted in treaties—like Germany’s Peace of Augsburg (1555) and Europe’s Peace of Westphalia (1648)—that helped bring a greater degree of religious toleration, though toleration in Europe was still nowhere near perfect.

England settled on Protestantism with Queen Elizabeth I and her “middle way,” also known as the Elizabethan Settlement. Puritans disagreed with the form of Protestantism established in this system and held that the English church was too similar to Catholicism. However, neither Elizabeth nor her successors James I and Charles I were friends of the Puritans or religious toleration.

Unlike most other groups of the period, however, Dr. McBeth noted that Baptists advocated for religious freedom for everyone. Their doctrine of religious freedom, he stated, was based in large part on the New Testament.

Though English history in the mid to late 17th century was turbulent, this period did see some progress toward religious toleration. One of the most significant developments was the Toleration Act, which was passed by Parliament after the Glorious Revolution of 1688 and granted toleration to dissenting Protestants. In addition, the philosopher John Locke espoused religious freedom for most groups in his A Letter on Toleration (1689).

In a culture in which religious freedom is under increasing attack, the history behind this freedom illustrates important truths for America today.

First, it shows the importance of preserving America’s religious liberty. From Christians in Carthage during the days of the Roman Empire to Puritans and Baptists in England, history is full of people of faith who were punished for dissenting from the prevailing viewpoint.

In light of this, America must not punish those with religious views that deviate from a government-approved or culturally popular set of beliefs. That’s regressive, not progressive. And every person of faith, regardless whether anyone agrees with their beliefs, deserves a fair hearing under the law.

Second, religious liberty promotes freedom for a diversity of beliefs and viewpoints about religious matters (including for those who don’t believe). The history demonstrates that freedom of religion and of conscience for people of all viewpoints came about in large part due to religious ideas and religious people that rejected the government mandating religious beliefs of any of its citizens.

Finally, religious liberty is not some American fad that came about through spontaneous generation in the 17th and 18th centuries. Instead, religious liberty is a special achievement that has overcome formidable obstacles and was millennia in the making. It is a gift and a heritage to be cherished. We must not let it slip away.