The ‘Lost Boy’ of Bladensburg 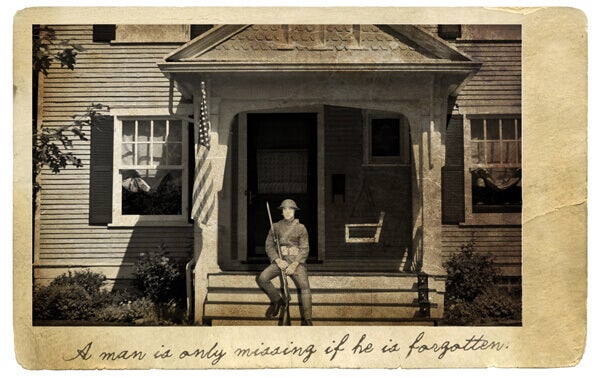 “I am proud my boy gave his life for his country.”

These are the words of Mrs. Cordelia Stewart, Gold Star Mother of Essell M. Maxwell, one of the 49 fallen heroes of Prince George’s County, Maryland who paid the ultimate price during the waning days of World War I.

Essell lost his life in France in 1918 while rescuing a wounded comrade under heavy machine gun fire, a heroic act that posthumously earned him the French Croix de Guerre.

Determined to preserve the legacy of their sons’ sacrifice, Mrs. Stewart and other Gold Star mothers – along with returning veterans of The American Legion – put forth effort, time, and money to build the Bladensburg WWI Veterans Memorial, a gravestone honoring the valor, endurance, courage and sacrifice of those local men who never returned home.

Today, it’s incumbent on us to prompt the U.S. Supreme Court to preserve the memory of Essell and the other 48 fallen heroes. It’s our duty to win this case and stop the radical humanists who threaten to forever erase the legacy of the Fallen 49 by disfiguring or tearing down their memorial.

A HERO’S DEATH AND A LEGACY OF SACRIFICE

Born in Washington, D.C. on April 5, 1891, Essell Maxwell led an ordinary childhood and was the oldest of three sons.

In his late 20’s, Essell registered for the draft and received a year’s worth of military training before departing from New York City for France on the U.S.S. Olympic.

His mother would never see him again.

Essell sacrificed his life in action at Chateau Thierry on July 1, 1918. Demonstrating utmost courage, Essell attacked the crew of a heavy machine gun with only a corporal to aid him. He boldly thrust himself into the heart of the battle and ultimately gave his life in service to his country.

But sacrifice for his country – even to the point of death – practically ran in Essell’s blood. The Maxwell family left a legacy of military service and they were certainly no strangers to sacrifice. His paternal and maternal grandfathers were Civil War veterans and are both buried at Arlington National Cemetery.

After the Great War, Essell’s mother made a pilgrimage to European cemeteries with the hope of finding her son’s grave.

But when Mrs. Stewart arrived in Europe, there was no grave for her to visit. Essell’s remains were never recovered and his body was never identified. His identity – like that of countless other heroes – is known but to God.

By military standards, Essell died missing in action. However, for the Gold Star Mothers of Bladensburg, a man is only missing if he is forgotten.

That is why Mrs. Stewart – and the other mothers who lost their boys in the war – built the Bladensburg Memorial as a gravestone to acknowledge and remember their sons’ heroic sacrifice.

The dead cannot speak for themselves. And today, Essell Maxwell and the other 48 Boys of Bladensburg who gave their lives for their country cannot stand up or speak to defend their legacy.

In honor of Essell and his comrades’ sacrifice, First Liberty is fighting at the U.S. Supreme Court to reverse the outrageous threats that could leave the Bladensburg WWI Veterans Memorial in a pile of debris. We are seeing this legal battle through to the very end, because on our watch, this memorial is not coming down. It is not coming down.