The “Prayer Police” Could Soon Be Knocking on Your Front Door 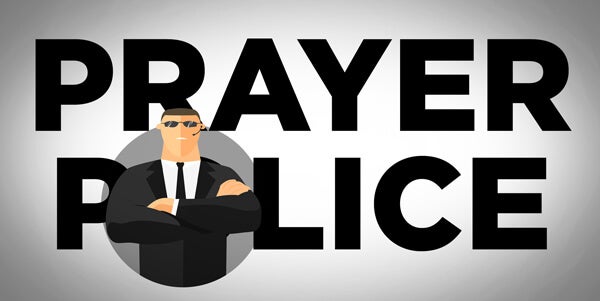 Fellow patriots, stay alert. They could soon show up at the front steps of your own home.

The latest sting operation happened at a senior living community in Fredericksburg, VA, where First Liberty stepped in to represent retired minister Ken Hauge and his wife, Liv. Ken and Liv, both in their 80’s, were threatened with eviction because they used their apartment complex’s community room for a Bible study.

The Evergreens apartment managers even required Ken and Liv to call their gathering a “Book Review,” as they considered “Bible study” would be far too offensive.

But the Prayer Police didn’t stop there. The Evergreens subsequently prohibited Ken and other residents from using the common room for any religious purpose, and went as far as to not allow Ken to have the study in a private apartment, accusing him of conducting a “business.”

To what extreme is the Prayer Police willing to go to satisfy their personal vendetta against religious expression?

In fact, Fredericksburg isn’t the only place where the Prayer Police is showing up to taunt and badger. More frequently than ever before, we’re seeing anti-religious bias and hostility surface across the country.

Earlier this year, Donna Dunbar – another retiree and a lay minister in Florida – was banned from hosting a Bible study in her condominium’s social room. In addition, the condo board forced the removal of all religious items from the building’s public areas. Someone even placed a sign on the community organ, which read “ANY AND ALL CHRISTIAN MUSIC IS BANNED.” 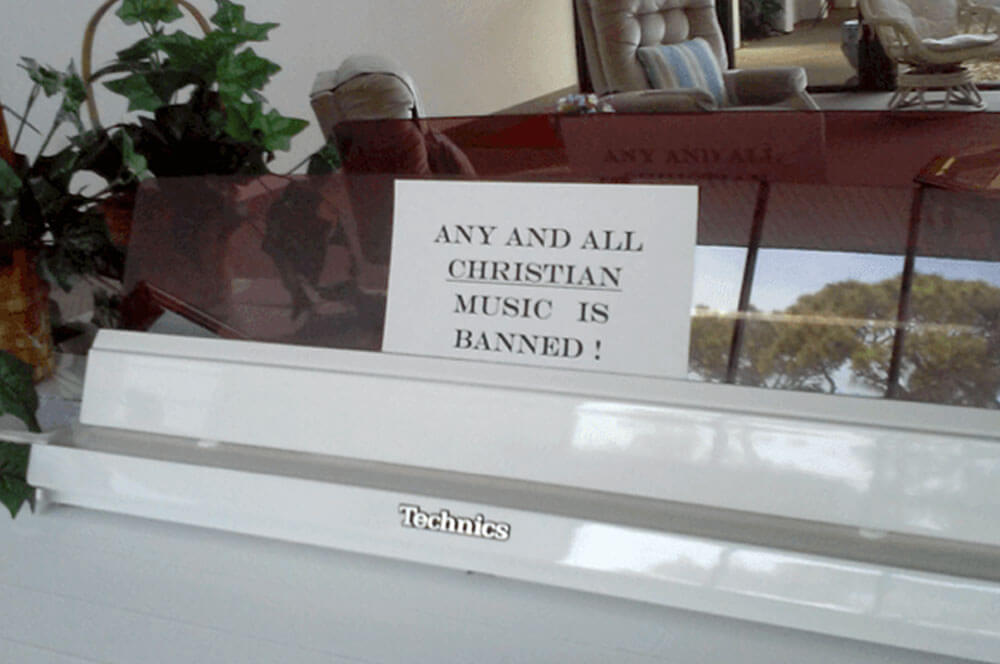 Similarly, retired nurse Mary Anne Sause was harassed and ordered – literally by two police officers – to stop praying in the privacy of her own living room, a case that we litigated and won at the U.S. Supreme Court.

And we cannot forget that we’ve also petitioned the U.S. Supreme Court to vindicate Coach Joe Kennedy, who was fired by school district officials because he was seen silently praying in public on the 50-yard line after games.

But it doesn’t end there. Our attorneys continue to defend Orthodox Jewish communities from California to New York that are being driven underground due to surmounting religious discrimination and attempts from municipal officials to shut down local gatherings in private homes.

Email us your thoughts or questions at FirstThoughts@firstliberty.org

Scrub, scrub, scrub…religious speech must all be gone.

Today, this is much more than just a motto. Radical groups and their Prayer Police – millions who mistakenly believe that religion has no place in the public square – are materializing their anti-religious disdain into a nationwide purge. Where religious expression sprouts, they rush to scorch the earth, intimidate, and drive more and more Americans into practicing their faith underground.

But whenever – and wherever – the Prayer Police thinks it can get away with censoring, attacking, or harassing people of faith, First Liberty unleashes the nation’s best lawyers to defend American’s first freedom.