What Would Thomas Jefferson Think of Recent Religious Freedom and School Choice Case? 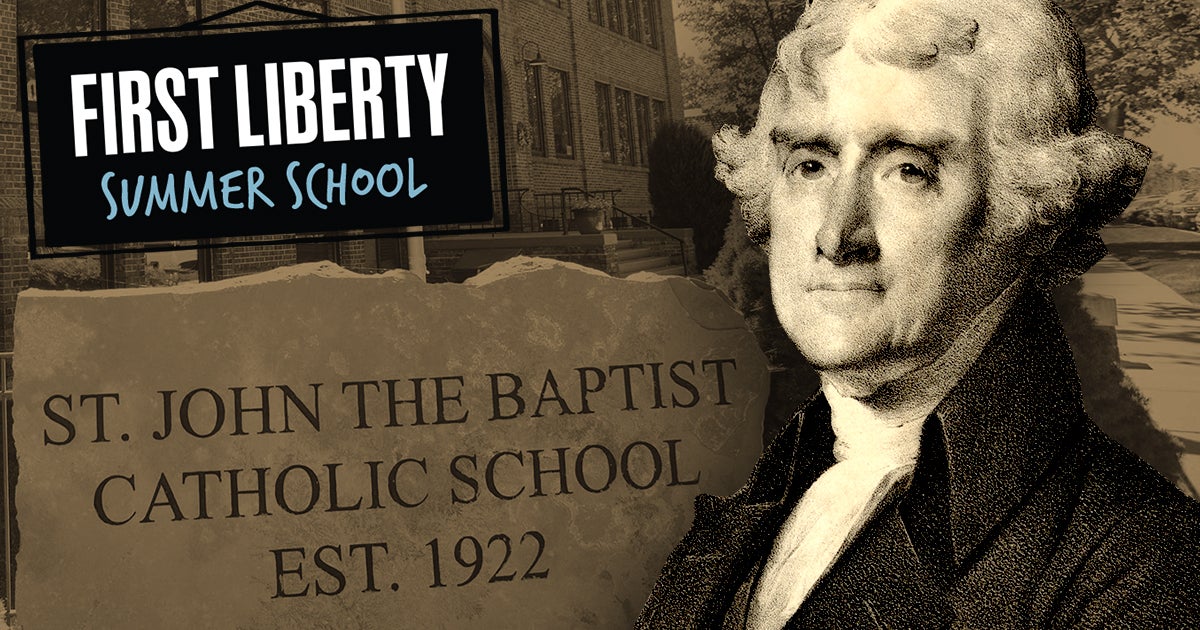 On a cold, crisp day in late January of 1819, Thomas Jefferson received the long-awaited news: the Commonwealth of Virginia had officially chartered the school his vision had created—the University of Virginia. Jefferson immediately set to work figuring out how to balance the public nature of his school with the religious fervor of his day.

Many historians argue Jefferson was one of the strictest Founders when it came to religion in government. As a general principle, Jefferson was unusually hesitant to endorse religion, even if only implicitly. For example, he did not want to establish a chapel or a theology department on campus and declined to declare a national day of prayer, fearing it would benefit religious citizens over non-religious citizens.

Of course, that’s not to say that Jefferson had zero religion in government. Jefferson attended church services held in the U.S. Capitol and the local courthouse. He even publicly prayed in both his inaugural addresses.

But the following story may shock those who tout Jefferson as the premier defender of the “separation of church and state.”

When Thomas Jefferson was conceiving of the structure of the university, he envisioned a large Rotunda to represent the architectural and academic heart of the University’s community of scholars. The Rotunda was to be open for student use—for academic study as well as for other gatherings and activities. In an October 1822 minutes document, Jefferson states that the building:

“Would offer the … great advantage of enabling the Students of the University to attend religious exercises with the Professor of their particular sect, either in the rooms of the building still to be erected, and destined to that purpose under impartial regulations.”

Jefferson was willing to allow the Rotunda to be open for use by all students—including religious students. His philosophy was clear and simple: if the University opens the Rotunda to some groups, it cannot be closed to other groups simply because they are religious. To do so would be discriminatory and unfair.

So, what would Jefferson think about the recent Supreme Court decision regarding people of faith and religious freedom in the public square?

Consider First Liberty’s recent victory in our Treat Children Fairly case, Carson v. Makin. The Court struck down a Maine law that banned the use of public tuition assistance for religious schools. It held that states cannot discriminate in student-aid programs against parents who choose a religious education for their children.

Those who claim that Jefferson opposed any sort of religious expression in public have claimed that he’s “rolling in his grave” over this decision. Public funds being used for religious education? Jefferson would never agree with this, according to some. But if these critics were to examine Jefferson’s philosophy more deeply, they might come away with a different opinion.

Sound familiar? That’s essentially the same principle and reasoning undergirding the Supreme Court’s decision in the Treat Children Fairly case. The state of Maine’s “tuitioning” program, if opened to families who choose a secular education, must also be available to families who choose a religious school—just like Jefferson’s direction for the Rotunda at the University.

Take one article that discussed the Treat Children Fairly case. The author wrote:

“[The Supreme Court’s] 6–3 decision in Carson v. Makin requires Maine to give public money to private religious schools, steamrolling decades of precedent in a race to compel state funding of religion.”

How would Jefferson respond to this?

It’s likely that he would disagree. Maine is not being “compelled to fund religion.” Maine chose to offer a tuition assistance program to families. The families choose where to send their children using that assistance. Some families choose qualifying religious schools. And that’s the key, the families are making that choice, not the state. So, the state cannot argue that everyone gets tuition assistance, except families that choose religious schools. That’s discrimination, which is both unconstitutional and illegal.

A proper reading of America’s history will quickly show that Jefferson—and the rest of the Founders—wanted to prevent the establishment of a national church. That’s why they wrote the Establishment Clause of the First Amendment. At the same time, however, America’s Founders understood that if the government offers a public benefit, it can’t give it to everyone except religious people. That’s because a fundamental principle of American policy is equal treatment under the law.