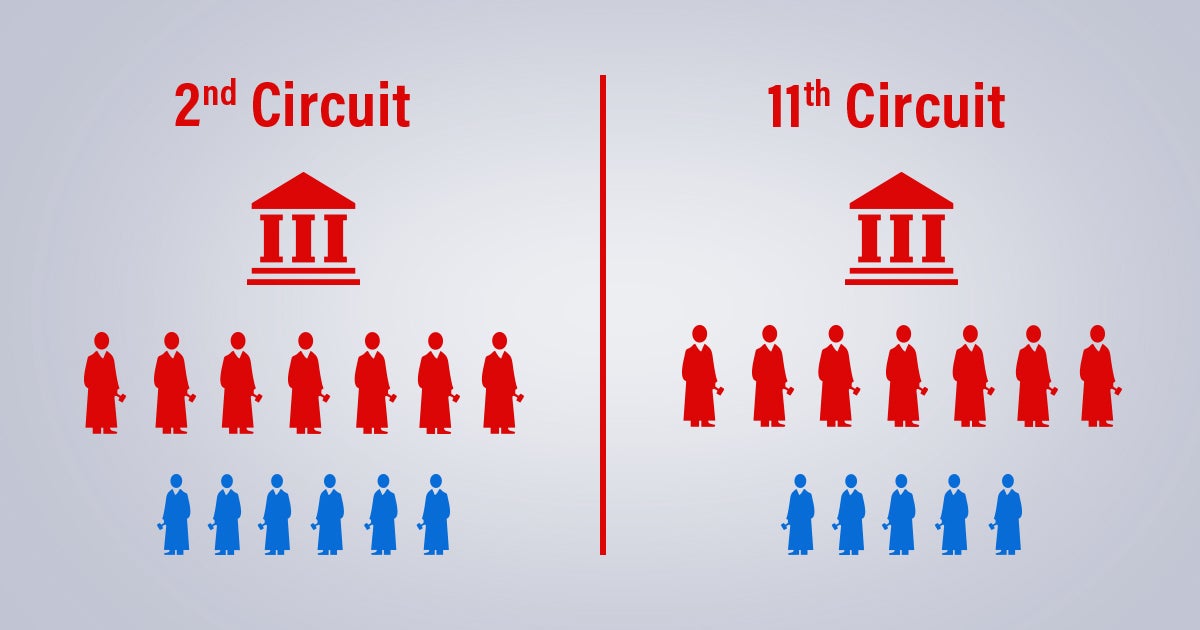 America’s courts are critical to the preservation of religious liberty—and one of the greatest legacies for our first freedom has been the appointment of conservative, originalist judges to fill judicial vacancies nationwide.

Thanks to a presidential administration who’s made judicial nominations a top priority and the incredible efforts of the U.S. Senate to confirm nominees at a record pace, today we have hundreds of excellent judges seated across the federal bench. The best part is that these are judges committed to applying the Constitution as originally intended, including the vision our Founders had for everyone in our country to freely live out their faith.

Last week, federal nominees Steven Menashi and William Nardini were confirmed to the 2nd Circuit Court of Appeals, causing the court’s balance to shift to a 7–6 majority of conservative-appointed judges.

This is significant because it means the 2nd Circuit, which includes New York, is…quite literally…the second court this year to be flipped from a majority liberal-appointed court to a majority conservative-appointed court.

However, the week of confirmations did not end with the Second Circuit. Just a few days later, the Senate confirmed both Robert Luck and Barbara Lagoa to the Eleventh Circuit—causing that court to flip to a 7–6 conservative majority.

In the span of one week, the Senate flipped two of the thirteen appellate courts.

These recent appointments bring the total count of appellate court nominees confirmed under the current president to forty-eight (48)—double the number of his predecessor at the same point in their presidencies.

This means that 1 out of every 4 judges on the nation’s Courts of Appeals has been confirmed during this administration.

But the transformation of the federal judiciary so far is just the beginning of a sweeping change. According to estimates from the White House, it’s very likely that we will see more judges confirmed this year than in 2017 and 2018 combined!

Here is a short list of some important changes happening across the judiciary:

While it’s evident that unprecedented progress is taking place, there’s still much work to be done to fill the remaining federal vacancies with strong judges committed to the Constitution.

The stakes for our constitutional rights are at an all-time high, and it’s imperative that our federal judiciary be staffed with judges whose credentials, prior decisions and judicial philosophy reflect a deep respect for religious liberty.

So, as part of our critical effort to evaluate nominees, our legal team needs your ongoing help.

Safeguarding religious liberty demands that we keep delivering superior, expert judicial research and vetting nominees to determine if their records show they will be committed protectors of America’s first freedom—and we can continue making that happen with your support.

The upcoming election year may be the last chance we have to provide our expertise on which appointees will be protectors of religious liberty. This is a unique and quite possibly a once-in-a-generation opportunity for our federal courts to be transformed by judges who elevate the Constitution above political agendas.

This is the time when we’ve resolved to go ALL-IN—and as 2020 approaches, we need YOU to go all-in with us to set the future for our courts.