And while purporting to be a “bipartisan” commission intended to evaluate whether so-called judicial “reforms” are needed, the commission appears to be more of a cover for overthrowing our nation’s highest court and judicial system.

In this article, we’ll break down some key highlights from the commission’s first meeting. We’ll also look into why it’s increasingly clearer that the commission is a farcical attempt to remake American’s constitutional system, which could take America toward tyranny in less than 180 days, when the commission is supposed to present its recommendations to the President and the nation.

As a quick reminder, the commission consists of thirty-six (36) members who are tasked with studying five things that could dramatically alter our constitutional system of checks and balances:

“We’re not charged with making specific recommendations,” commission co-chair Cristina Rodríguez, said during the first meeting—which was held over Zoom and lasted less than thirty (30) minutes. “Rather, we are to provide an evaluation of the merits and legality of particular reform proposals being debated today.”

But while the commission’s chair may attempt to make it sound benign and uncontroversial, the facts suggest that it was really created in response to pressure from the far-Left, who wants to rig the Supreme Court in its favor by packing it with justices who will rubber stamp a radical political agenda.

If anything, the commission’s first meeting suggested that any “evaluation” of “particular reform proposals” will merely echo the extreme partisan calls to completely remake our nation’s court system—and endanger Americans’ most fundamental liberties, like religious freedom.

A Meeting for Show

There are a few alarming issues that expose the commission’s real, underlying purpose is to eventually capitulate to the far Left’s court-packing demands.

First, in the Zoom meeting on May 21, a few commissioners read prepared statements that addressed how to approach court reform, not whether it was needed.

Additionally, there seem to be problems with transparency. The commission is supposed to hear public comments before submitting their final report. However, the virtual format and restrictions on who can comment make the commission highly inaccessible. Comments must be submitted online, unless you’re lucky enough to be one of up to twenty-four (24) “witnesses” appointed to speak at the next two meetings.

With the first meeting already in the books, America could be less than 180 days away from whatever “reform” the commission thinks is appropriate—a “reform” that could destroy America’s entire judicial system from the Supreme Court to the lower courts.

Right now—as Biden’s commission begins its alleged, impartial evaluation of the courts—several important First Amendment cases are pending at the Supreme Court, many in which First Liberty is directly involved.

The core issue in each of these cases is whether Americans’ First Amendment right to freely exercise their faith will be upheld—or whether government can interfere in everything from our education to our work, our houses of worship, and our charitable giving choices.

Now imagine if the Supreme Court were packed with several justices appointed by the far-Left for the express purpose of carrying out a political agenda hostile to religious freedom.

As First Liberty President Kelly Shackelford has warned, “Fighting for religious liberty does no good if our system of justice is gone.”

The gateway to tyranny could very well happen in less than 180 days if the Commission on the U.S. Supreme Court proceeds as it has so far.

As our nation faces the terrifying threat of court-packing, will you pitch in with a donation today?

You can be the Force Multiplier who helps ensure First Liberty is able to submit public comment, facts, and expert research to the commission to inform them that court-packing will be disaster for the constitutional freedoms of all Americans. 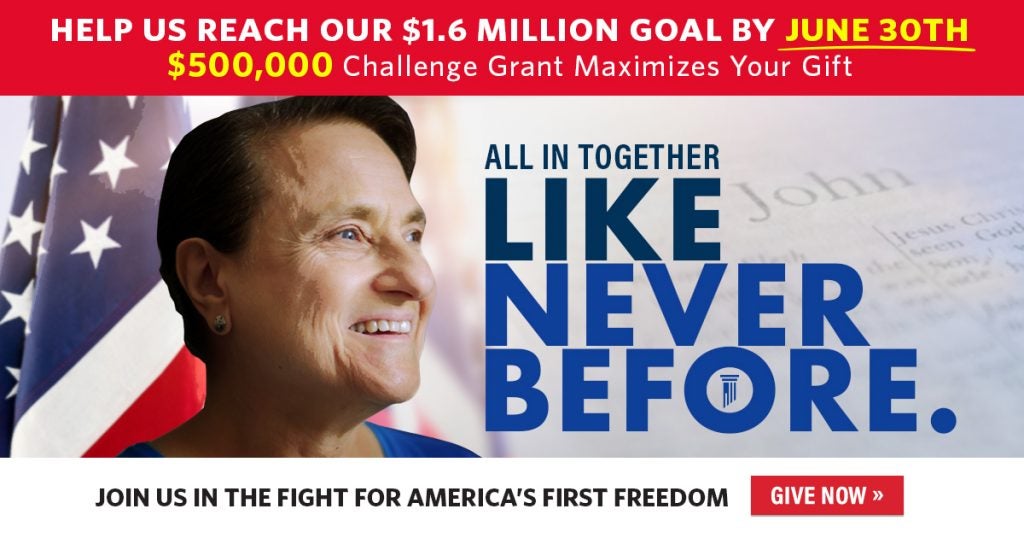