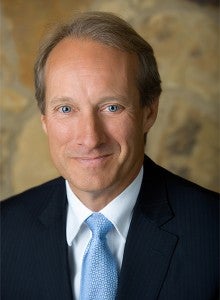 2015 was the worst year for religious freedom America has ever seen. Barely three months into 2016, the requests for legal help continue to roll in to First Liberty Institute. UNDENIABLE: The Survey of Hostility to Religion in America, 2016 Edition documents over 1,200 attacks against religion—double the amount of our first edition in 2012.

In times like these, it’s essential to consider what our Founders intended when weaving religious freedom into the fabric of America. Many people in our nation—even political leaders and presidential candidates—come up short when it comes to truly understanding religious liberty.

To foster better understanding of the history behind religious freedom in America, here are three frequently asked questions we receive about religious liberty, and their and answers:

Q: What does the Constitution say about religious liberty?

A: Religious liberty is the first of five freedoms listed in the First Amendment to the U.S. Constitution.

Congress shall make no law respecting an establishment of religion, or prohibiting the free exercise thereof; or abridging the freedom of speech, or of the press; or the right of the people peaceably to assemble, and to petition the Government for a redress of grievances.

Q: Does the phrase “separation of church and state” appear in the Constitution?

A: No. The phrase “separation of church and state” does not appear in the Constitution—or any other founding document.

A version of the phrase first appeared in a letter from Thomas Jefferson in 1802 to the Danbury Baptist Association—a religious group in Connecticut that was concerned with their state government’s weak religious liberty protections.

Writing the newly elected President in October of 1801, the Danbury Baptists expressed the following:

Our sentiments are uniformly on the side of religious liberty: that Religion is at all times and places a matter between God and individuals, that no man ought to suffer in name, person, or effects on account of his religious opinions, [and] that the legitimate power of civil government extends no further than to punish the man who works ill to his neighbor. But sir, our constitution of government is not specific…and therefore what religious privileges we enjoy (as a minor part of the State) we enjoy as favors granted, and not as inalienable rights. And these favors we receive at the expense of such degrading acknowledgments, as are inconsistent with the rights of freemen.

As you can see, President-elect Jefferson used the phrase “wall of separation” to affirm that government should not violate free exercise of religious people.

The phrase gained momentum in 1947 with the United States Supreme Court case Everson v. Board of Education. In his majority opinion, Supreme Court Justice Hugo Black wrote, “the First Amendment has erected a wall of separation between church and state. That wall must be kept high and impregnable.”

Since then, the “separation of church and state” phrase has become a staple in discussions of religious freedom, with many people mistakenly assuming that the phrase appears in the Constitution or the First Amendment itself, and misconstruing it to mean that religious institutions and individuals should refrain from participating in government according to their beliefs.

When our Founding Fathers passed the First Amendment, they sought to protect churches from government interference. They never intended to construct a wall of hostility between government and the concept of religious belief itself.

Q: What inspired the religious liberty clause in the First Amendment?

That religion, or the duty which we owe to our Creator, and the manner of discharging it, can be directed only by reason and conviction, not by force or violence; and therefore all men are equally entitled to the free exercise of religion, according to the dictates of conscience; and that it is the mutual duty of all to practice Christian forbearance, love, and charity toward each other.

But long before the Virginia Declaration of Rights (or the Declaration of Independence, which closely followed), a history of government-established religion plagued the citizens of England. With the Church of England as the official state religion since the 16th Century, anyone with differing religious beliefs (such as Catholics and even other sects of Protestants) could be punished.

Even though conditions in England had improved by the time of the Revolutionary War, the Founders knew that a government-established religion was the last thing their fledgling nation needed.