Untwisting “Separation of Church and State”

History shows that America’s founders sought to separate the church and state as institutions, not separate religion from society. 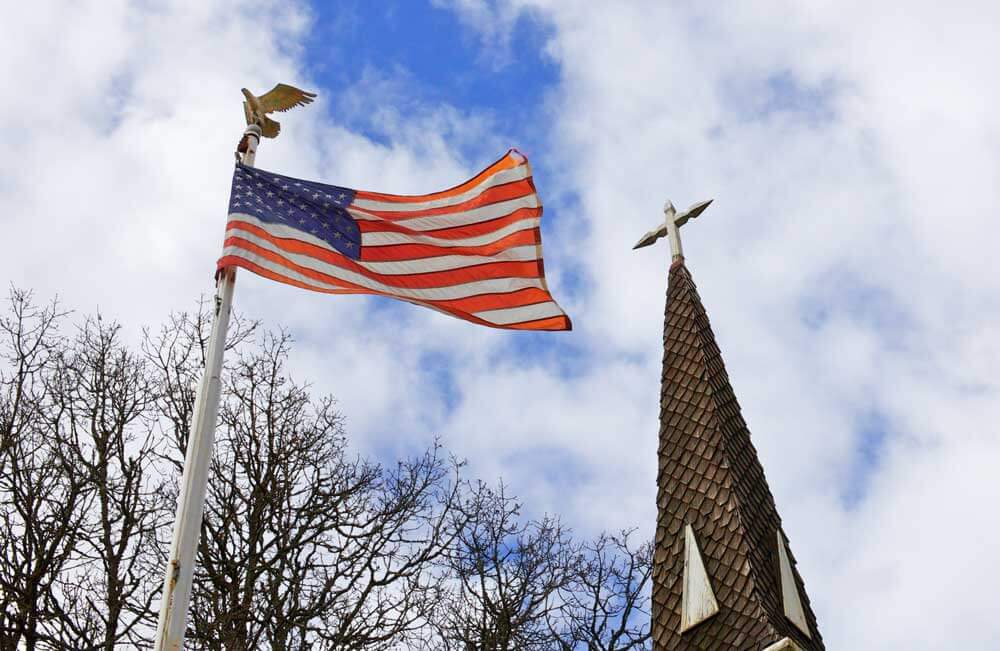 If you ask many Americans what guarantees are included in the First Amendment, there’s a good chance you’ll hear “the separation of church and state.” We usually hear this phrase—or the First Amendment’s ban on national religious establishments—as justification for why legislative invocations, veterans memorials that contain traditional imagery and the like are supposedly unconstitutional.

“Separation of church and state” has even been used to silence private religious expression. For example, in one First Liberty case, a school official invoked the phrase in a memo banning a school employee from telling coworkers that she would pray for them in conversations on school property.

But is a strict “separation of church and state”—an extreme separation of religion and government—what America’s founders had in mind when they guaranteed in the First Amendment that Congress would “make no law respecting an establishment of religion”?

IT’S NOT IN THE CONSTITUTION…SO WHERE DOES IT COME FROM?

Despite its wide popularity in American culture, the phrase “wall of separation between church and state” is nowhere to be found in the Constitution. Nor is it lurking in the Declaration of Independence or the Articles of Confederation.

Instead, the First Amendment of the Constitution guarantees that “Congress shall make no law respecting an establishment of religion, or prohibiting the free exercise thereof.”

The separation of civil and religious authority—which ensures a government that is not a theocracy—is an idea with roots reaching back far in history. However, this concept is very different from a “separation of church and state” that promotes hostility to religious expression and traditional symbols in the government arena.

In the context of American jurisprudence, the phrase “wall of separation between church and state” stems from a letter written by President Thomas Jefferson to some Baptists in Connecticut. These Baptists, representing the Danbury Baptist Association, were strong supporters of religious liberty and had written to Jefferson—himself an ardent advocate for religious freedom—to express their pleasure that he had won the presidency.

Believing with you that religion is a matter which lies solely between Man & his God, that he owes account to none other for his faith or his worship, that the legitimate powers of government reach actions only, & not opinions, I contemplate with sovereign reverence that act of the whole American people which declared that their legislature should “make no law respecting an establishment of religion, or prohibiting the free exercise thereof,” thus building a wall of separation between Church & State.

This letter eventually found its way into a U.S. Supreme Court opinion. In 1879, the Supreme Court held that Jefferson’s letter could “be accepted almost as an authoritative declaration of the scope and effect” of the First Amendment (Reynolds v. United States). Almost seventy years later, in the pivotal case Everson v. Board of Education (1947), the Supreme Court held that Jefferson’s wall of separation “must be kept high and impregnable. We could not approve the slightest breach.”

INTERPRETING JEFFERSON’S PHRASE IN CONTEXT OF HIS OWN ACTIONS

For example, Jefferson attended church services held on public property (including in the U.S. House of Representatives) and, as President, permitted public property to be used for religious services. In fact, in a paper titled “Did America Have a Christian Founding?”, scholar Mark David Hall noted that President Jefferson attended services in the U.S. Capitol featuring the preaching of Baptist minister John Leland two days after finishing his famous “wall of separation” letter.

PLACING JEFFERSON IN PROPER PERSPECTIVE AMONG THE FOUNDERS

Jefferson is certainly an important founding father, including when it comes to the development of religious liberty. However, a proper interpretation of the First Amendment should take into account the views of a wider array of founding fathers beyond just Jefferson, especially given the fact that Jefferson was not a member of the 1787 Constitutional Convention or the First Congress, the congressional body that passed the Bill of Rights.

Hall also observed that the actions of the First Congress are particularly helpful in understanding the founders’ views regarding religion and government. For example, in addition to crafting the Bill of Rights, the First Congress instituted legislative chaplains and reauthorized the Northwest Ordinance of 1787—a law that stated that “Religion, morality, and knowledge being necessary to good government and the happiness of mankind, schools and the means of education shall forever be encouraged.”

Particularly relevant to the First Amendment, Hall noted, is that shortly after passing the Bill of Rights, the First Congress asked President George Washington to issue a proclamation for a day of prayer and thanksgiving. The following is a sample of the language President Washington included in his proclamation:

Whereas it is the duty of all Nations to acknowledge the providence of Almighty God, to obey his will, to be grateful for his benefits, and humbly to implore his protection and favor…

Now therefore I do recommend and assign Thursday the 26th day of November next to be devoted by the People of these States to the service of that great and glorious Being, who is the beneficent Author of all the good that was, that is, or that will be.

In their book A Nation Dedicated to Religious Liberty: The Constitutional Heritage of the Religion Clauses, legal scholars The Honorable Arlin Adams (a former federal appellate judge) and Charles Emmerich noted that the views of the American founders encompassed a wide range of positions on church-state relations. However, they also wrote that the founders’ main goal was to prevent “an alliance of civil and ecclesiastical power that would threaten religious liberty.”

They also pointed out that the element of coercion is key to a proper understanding of a religious establishment, as religious coercion through the power of the civil government was central to church establishments in English and early American history.

History makes it clear that America’s founders did not intend the First Amendment to be a tool of government hostility to religious expression or to traditional symbols and practices like legislative invocations. Equipped with the historical record, Americans today should continue in the tradition of the founders by allowing freedom of religious expression to flourish rather than relegating faith to the four walls of a church or home.