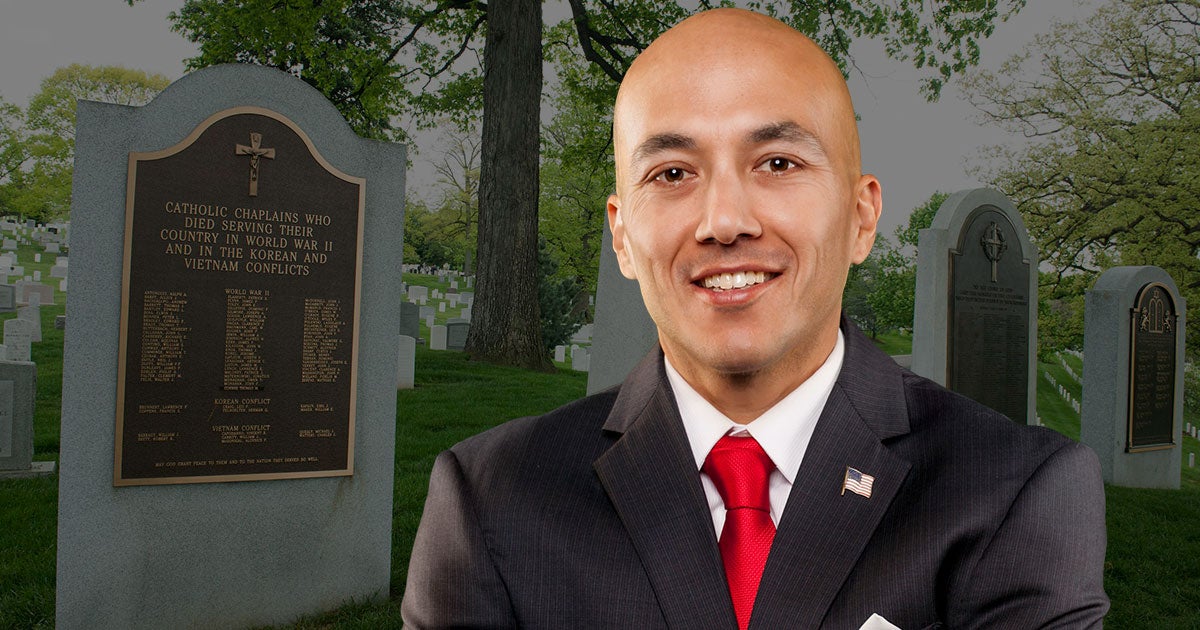 Anyone who has ever visited Arlington National Cemetery understands its unique ability to stir the soul. It is, indeed, hallowed ground; a place of honor and remembrance.

Row upon row of white headstones stand in silent witness to the selfless service and sacrifice of America’s service members. Although the vast majority of the Cemetery is occupied by individual grave markers, there are several notable monuments that are not solely dedicated to the memory of an individual.

One such memorial is the Argonne Cross, erected to commemorate the Meuse-Argonne Offensive of 1918. Another is the Canadian Cross of Sacrifice, given to the United States from Canada to honor Americans who volunteered for the Canadian military and lost their lives during World War I. And perhaps the most famous memorial is the Tomb of the Unknowns, dedicated to those who are “known but to God.”

While the Jewish chaplain monument is up-to-date, the Protestant and Catholic chaplain monuments are in desperate need of an update. Currently, there are 26 Department of Defense-verified chaplains who are eligible for inclusion on the Chaplains’ Hill monuments. But Arlington National Cemetery has thus far refused to add their names. Fortunately, there is an organization who has taken up the mantle of updating these monuments to honor and remember our nation’s chaplains.

The Congressionally chartered General Commission on Chaplains was created in 1901, and underwent a name change in 1984 to become the National Conference on Ministry to the Armed Forces (NCMAF). NCMAF is best known as an organization of professional ecclesiastical endorsers for religious traditions who send professional chaplains to the military and Veterans Administration. But a significant part of NCMAF’s mission is to honor America’s military chaplains. For nearly a decade, NCMAF has undertaken efforts to add those who have earned the right to be included on the Chaplains’ Hill monuments.

Recently, First Liberty joined NCMAF to assist with the update to Chaplains’ Hill. As one of the nation’s premier organizations who fights to advance religious liberty in the military, First Liberty is honored to join in this noble mission.

Just like our military chaplains, First Liberty is a force multiplier for good. We will always stand for the cause of religious freedom, especially in defense of those who defend us.

Along with NCMAF and First Liberty are the nearly two million members of The American Legion—who unanimously passed a resolution supporting the effort to update Chaplains’ Hill—the Association of the U.S. Army, several independent Marine Corps Leagues, and many other patriotic groups. Together, we will work to ensure our service members are remembered and honored appropriately.

As Memorial Day approaches, let us not forget those who serve Pro Deo et Patria—“for God and Country.” Our military chaplains may not carry weapons, but they serve and sacrifice nonetheless. And for those who paid the ultimate sacrifice, we owe them a debt of gratitude. Ensuring they are memorialized on the hallowed ground of Arlington is the very least we can do to honor them.