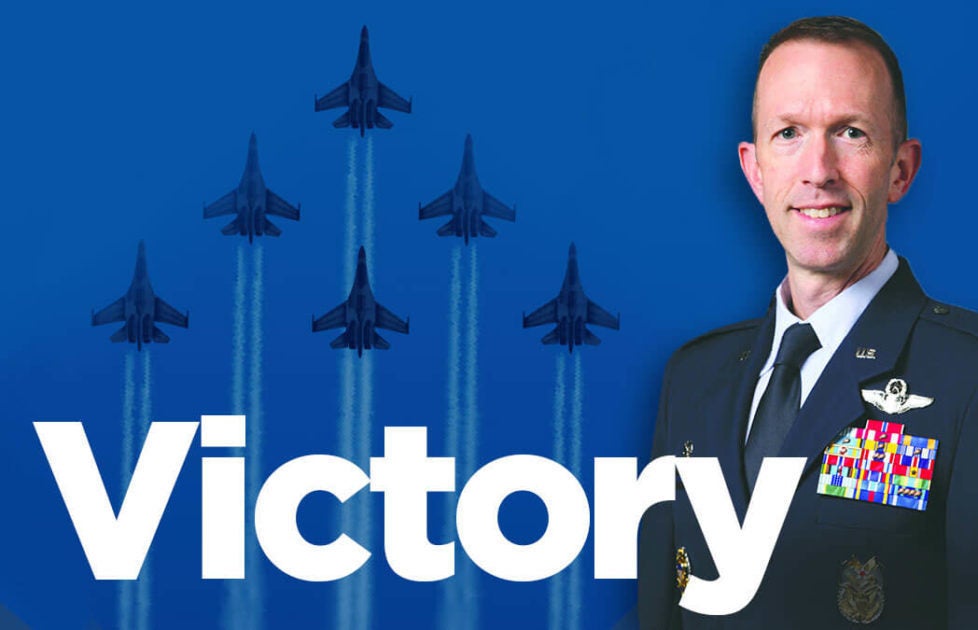 This week, First Liberty Institute achieved a resounding victory, adding momentum in the fight for religious freedom in our military. The Secretary of the Air Force announced that it reversed its unfavorable decision against decorated Air Force Colonel Leland Bohannon, clearing his name and fully restoring his service record.

With this most recent announcement, the Air Force is not only restoring the career of a highly decorated officer, it is also affirming that the Air Force family and, indeed, all United States service members have a right to religious freedom.

TARGETED BECAUSE OF HIS FAITH

Col. Bohannon was asked to sign an optional spouse appreciation certificate for a retiring Airman. However, doing so would violate his religious convictions regarding same sex marriage. Doing so, he believed, would force him to publicly endorse a relationship and violate his religious beliefs. So, he asked a two-star general—a much higher-ranking officer—to sign the optional certificate as a way to show appreciation to the Airman without violating Col. Bohannon’s religious conscience.

That should have ended the whole ordeal, right?

But upon learning that Col. Bohannon did not personally sign the spouse certificate due to his sincerely held religious beliefs, the retiring Airman filed a discrimination complaint.

The blowback from the complaint nearly ruined Col. Bohannon’s accomplished military career. Everything Col. Bohannon sacrificed – all his years of exceptional service to our country – were on the verge of being destroyed.

We filed an immediate appeal to defend Col. Bohannon, and remind Air Force officials that both federal law and regulations in the Department of Defense protect the right of military service members to freely exercise their religious beliefs.

Because of First Liberty’s legal action, the Secretary of the Air Force stated in a recent letter that Col. Bohannon had the “right to exercise his sincerely held religious beliefs and did not discriminate” by seeking a religious accommodation.

A CRUCIAL TIME FOR RELIGIOUS FREEDOM IN THE MILITARY

And while this is a positive victory, the fight is not yet over. There are still battles happening on multiple fronts.

Although there’s plenty of work ahead, First Liberty attorneys are confident that victories are well within reach. Victories like the one in Col. Bohannon’s case are all the more important during this critical time for religious freedom in our nation’s military. It’s a time when we need to continue winning cases and setting precedents that will affirm religious liberty for all of America’s service members.

To Col. Bohannon and all of the brave service men and women who gave – and continue to give – everything for our country, we say:

You fought for us, First Liberty now fights for you.