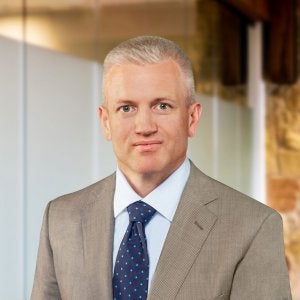 In addition to his legal duties, he develops, coordinates, and implements successful media strategies on behalf of his clients. This includes numerous appearances on ABC, NBC, CBS, Fox News, CNN, and the BBC as well as being heard on various radio stations throughout the United States, Asia, Africa, and Europe.

In 2016, Sasser took a leave of absence to serve a temporary assignment as the Chief of Staff for the Attorney General of Texas.

December 2021 Fifth Circuit Gets It Right in Arnold Decision

Parents and some elected officials currently fighting against what some say are controversial far-Left ideology received a boost this week—on Bill of Rights Day no less. In a 10-7 decision, the U.S. Court of Appeals for the Fifth Circuit voting en banc issued its opinion in Arnold v. Oliver. The Court refused to overturn a panel decision that denied qualified immunity to a teacher who forced a high school senior in a sociology class to write the Pledge of Allegiance over her religious objections to the Pledge under the auspices of an “assignment.”

May 2018 Opinion: Will this be the last Memorial Day for the Bladensburg monument?

By: Hiram Sasser, First Liberty Institute Senior Counsel. Originally published on the Washington Examiner on May 18, 2018. The Bladensburg World War I veterans memorial is more than a monument. It’s a gravestone for 49 men and boys who died in defense of our freedom on European soil. The mothers whose sons never returned fromRead full article »