The U.S. Navy exonerated decorated Chaplain Wes Modder last Friday, rejecting the attempt to relieve him from his duties, and eradicating the threat to end Chaplain Modder’s 20-year Navy career. 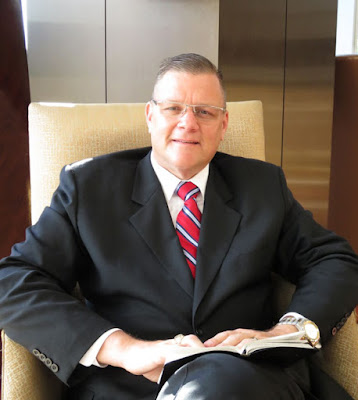 Chaplain Wes Modder has been exonerated and will be allowed to continue ministering as a Navy Chaplain.

In a major national victory for religious freedom for chaplains and other members of the U.S. military, last Friday the U.S. Navy rejected all threatened punishment—a Detachment for Cause and a Board of Inquiry—against Chaplain (Lt. Commander) Wes Modder and restored him to full service.

The victory is of wide-ranging importance—as the case was closely watched by Congress, millions of active service and retired personnel, chaplains, and those interested in the future of religious freedom.

The controversy began in late 2014, when a handful of sailors complained that they disagreed with the biblical views Chaplain Modder expressed during private counseling sessions, even though the views were in line with the teachings of his faith.

ACCUSED AS “UNFIT” DUE TO BIBLICAL VIEW OF SEXUALITY

Chaplain Modder’s former commander, Captain Jon R. Fahs, accused Chaplain Modder of intolerance and insensitivity. Fahs labeled Modder “unfit” and requested that the Navy detach Chaplain Modder for cause and send him before a Board of Inquiry, which could have involuntarily removed Modder from the Navy and prematurely ended his stellar career.

But last Friday, Navy Personnel Command delivered the good news to Chaplain Modder, informing him that the Navy officially rejected each of Captain Fahs’ requests.  As a result, Chaplain Modder will not have to appear before a Board of Inquiry, and he is free to continue his vital work as a chaplain.

The U.S. Navy’s decision to exonerate Chaplain Modder ends a seven-month legal battle that threatened to end Modder’s career of 20 years. Even more importantly, this decision affirms the religious liberty of military chaplains to teach, minister and counsel according to their belief system—a freedom that should never be contested.

“This is not only a great day for Chaplain Modder, but for every American who supports religious freedom in our military,” said Michael Berry, Senior Counsel and Director of Military Affairs for Liberty Institute.

Liberty Institute thanks its supporters, whose donations enabled Chaplain Modder to enjoy the highest caliber legal representation from volunteer attorneys at the prestigious international law firm of Wilmer Hale at no charge. This representation—which otherwise may not have been obtainable—was instrumental in upholding Chaplain Modder’s religious liberty.

“VIOLATING RELIGIOUS LIBERTY WILL NOT BE TOLERATED”

“We always knew that when the facts came to light, the Navy would exonerate Chaplain Modder,” Liberty Institute President and CEO Kelly Shackelford said. “Religious liberty is our first freedom and essential for our men and women in uniform. We are pleased the Navy agrees and protected religious liberty here. We hope this sends a strong signal to military commanders—violated religious liberty will not be tolerated.”

Two years ago, many feared that religious liberty in the military was on its way to becoming an extinct species.

“Progressives” in the Obama administration cast a politically correct shadow over open expression of theologically conservative viewpoints, especially regarding sexuality. The allowance of open homosexuality in the military, followed by the U.S. Supreme Court’s same-sex marriage decision in June 2015 only added to this impression.

However, a strong legal pushback—highlighted by several prominent cases—has helped put the brakes on the attack and now holds the promise of the return of more open acceptance of explicit religious liberty in the ranks.

Liberty Institute is also currently representing Lance Corporal (LCpl) Monifa Sterling, a U.S. Marine who was court martialed in part for posting a Bible verse in her workspace. Liberty Institute will continue to fight for Sterling’s religious liberty rights, just as we fought for the rights of Chaplain Modder.

HOW STRONG A WAVE FOR FREEDOM?

In addition, these legal victories have worked hand-in-glove with new Department of Defense regulations and new laws giving protection to religious freedom of military members.

How strong, high, and far will this freedom wave be? Much depends on the willingness of people of faith—both in the military and those outside of it—to keep the momentum going in the right direction.

“If Wes Modder’s victory does not embolden thousands of other chaplains, and millions of religious military members, to live out their faith and insist on their rights, as military and federal law still allow, then the Modder victory will fall short,” said Jeff Mateer, Liberty Institute General Counsel.  “But if it does empower people of faith in the military and those who support them—and I predict it will—then this could be another turning point for the full restoration of religious liberty in our military. It’s in our hands.”