After a three-year legal battle, town grants special use permit to Cornerstone Church by the Bay 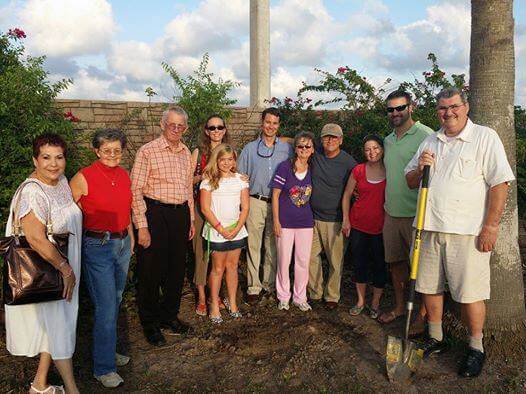 After a three-year legal battle, a growing church has overcome an unlawful zoning ordinance that sought to keep it from using its own property to minister to the community. This victory continues a string of wins by First Liberty Institute having a common theme: a house of worship—including churches and synagogues—running into unlawful restrictions by a local government.

The escalating trend of such incidents is disturbing, but the continued list of victories is reassuring.

In the latest victory, the town of Bayview, Texas, granted Cornerstone Church by the Bay a special use permit allowing the church to operate on its own property as a church and Christian school. First Liberty, along with volunteer counsel, filed a federal lawsuit against Bayview in 2014 after the Bayview Board of Aldermen voted unanimously to ban churches and schools from the area of town where Cornerstone Church had acquired property.

In November 2014, a federal judge granted a preliminary injunction in favor of the church that prohibited the town from enforcing its unlawful ordinance. The recent settlement and issuance of the special use permit provides a final resolution to the matter.

“We are gratified to see the Town do the right thing in keeping with federal law and the court’s ruling,” said Mike Berry, Deputy General Counsel for First Liberty. “Houses of worship have legal rights that must be respected, and now this church is free to serve their community.”

TOWN REFUSES TO LET CHURCH USE ITS PROPERTY

The law was unclear on the permissibility of churches, so in January 2014, Cornerstone Church asked the town to amend its zoning ordinances to allow churches and schools in the area.

Five months later, in June 2014, the Bayview Board of Aldermen denied the church’s request and unanimously voted to restrict churches and schools from operating in the area where the church owned property—while still permitting non-religious institutions in that same area.

The town’s actions left the church with nowhere in town to house its church and affiliated school, as the only other zone in which they could operate did not have any properties that suited the church’s needs.

In July 2014, First Liberty and the volunteer attorneys filed a federal lawsuit on behalf of the church, its pastor Hamilton Musser, and the Laguna Madre Christian Academy. The lawsuit maintained that the town of Bayview had violated the U.S. Constitution, the federal Religious Land Use and Institutionalized Persons Act (RLUIPA), the Texas Constitution, and the Texas Religious Freedom Restoration Act (TRFRA).

In November 2014, a federal judge issued a preliminary injunction in favor of Cornerstone Church, prohibiting the town from enforcing its illegal ordinance and allowing the church and its affiliated school to start the process of getting a permit to use their property while the parties worked toward a final resolution.

“We are thrilled that the court upheld our right to use our building as a church,” said Pastor Hamilton Musser at the time of the injunction. “We look forward to working with the Town and are confident that the Town will approve the plans of our church school, so that we can continue to minister to the surrounding community and the children and families of Laguna Madre Christian Academy.”

The town’s recent decision to grant the special use permit successfully ends the legal battle over the church’s ability to use its own property.

Cornerstone Church by the Bay is just one of several houses of worship First Liberty has defended against discriminatory zoning ordinances or similar attacks to operate on a specific property.

In one example, First Liberty represented Opulent Life Church at the U.S. Court of Appeals for the Fifth Circuit after Holly Springs, Mississippi, required the church to conform to a special zoning ordinance that applied solely to churches.

After the Fifth Circuit declared the original ordinance unlawful and a federal judge issued a temporary restraining order and preliminary injunction prohibiting the city from enforcing a revised ordinance, the case settled and Opulent Life Church was allowed to permanently move into its leased property. The Fifth Circuit’s ruling in this case sets important precedent protecting houses of worship from government discrimination.

Like Cornerstone Church by the Bay, however, many of these cases are resolved at lower courts and governmental levels. For example, First Liberty successfully represented First Presbyterian Church of Auburn, New York, after the city ordered the church to stop operating its summer Glee Camp ministry on church property.

In addition, First Liberty is currently defending Congregation Toras Chaim, a small Orthodox Jewish synagogue in Dallas, Texas, that is facing excessive regulatory demands from the city. First Liberty previously successfully defended the congregation from a lawsuit by a disgruntled neighbor and the local homeowners association.

First Liberty is committed to protecting the right of houses of worship to exercise their faith free from discriminatory zoning ordinances and other hostile government actions.