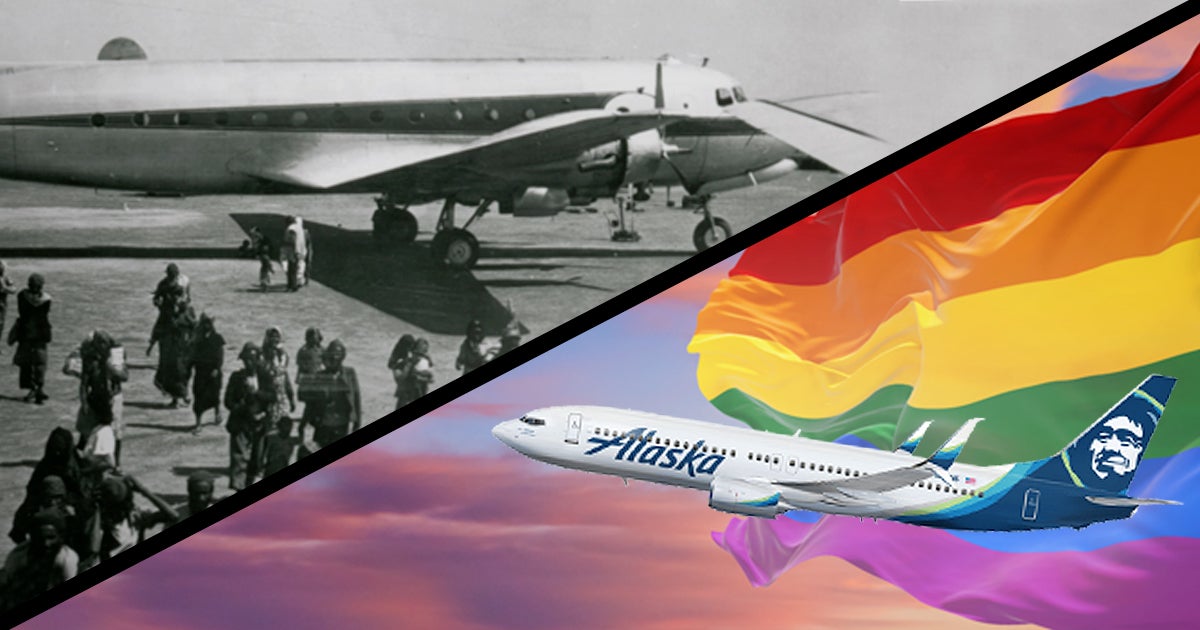 The woke corporate mob has struck again. In First Liberty’s most recent case, we witnessed Alaska Airlines bowing a knee to woke ideology when they decided to fire Lacey Smith and another client who wishes to remain anonymous for questioning the “Equality” Act based on their religious beliefs. Here’s a quick recap of what happened.

On its employees’ message board, Alaska Airlines announced its support for the “Equality” Act. The company encouraged employees to comment and ask questions about the company’s policy.

As a Christian, Lacey has concerns about the ramifications the “Equality” Act would have for people of faith in the workplace—as do millions of Americans. Lacey, in keeping with her religious beliefs, posted a simple question: “As a company, do you think it’s possible to regulate morality?” In the same forum, First Liberty’s second client asked, “Does Alaska support: endangering the Church, encouraging suppression of religious freedom, obliterating women rights and parental rights?…”

But for Alaska Airlines, so-called “diversity” doesn’t factor in religious views. The company’s leadership swiftly took action to terminate both flight attendants, claiming that “defining gender identity or sexual orientation as a moral issue…is…a discriminatory statement” and the questions they asked were “hateful” and “offensive.”

By firing Lacey and our other client, Alaska Airlines sent a chilling message: If you’re not woke, you’re not welcome. But although today the airline punishes and targets those with a religious point of view, this wasn’t always the case. Even a brief glimpse into Alaska’s history shows it was a company that once embraced people of faith. 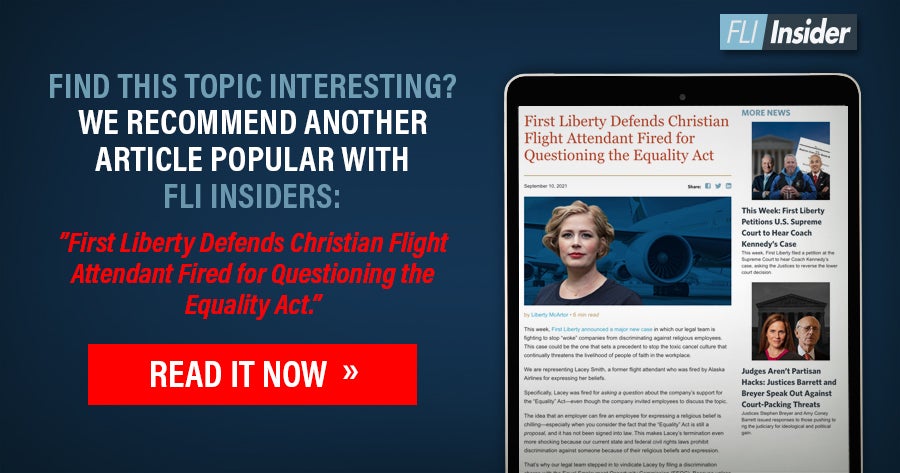 At one point, Alaska Airlines promoted a culture that affirmed religious liberty. With each meal it handed out to passengers, the airline included a card with a Psalm as a gesture of thanksgiving. This was an exceptional practice by the airline that lasted thirty years and differentiated them from the rest of the industry. However, it discontinued this tradition in 2012.

But that was then, and this is now. The same airline that once helped Yemenite Jews escape from persecution is now firing people of faith who express their beliefs.

For the woke ideologues who’ve infiltrated the leadership of Alaska Airlines and other American companies, even a rich heritage of religious inclusion apparently doesn’t matter all that much. Because in their quest to impose a radical agenda, there’s simply no room for dissent or tolerance for anyone expressing a religious perspective.

No One Is Safe from “Wokeism”

The case of our two Alaska Airlines flight attendants shows the threat woke corporations pose to the freedom and the rights of religious Americans. And if you think what happened to Lacey won’t happen to you, think again.

Corporate “wokeism” will continue to spread unless we step up now and make it clear that it is illegal to discriminate against Americans because of their religious beliefs. At First Liberty, we will not stand for brazen attacks on our First Freedom. Defending these flight attendants is about much more than changing the “cancel culture” of Alaska Airlines. We’re taking a stand against injustice to hold corporate America to our country’s historic commitment to religious freedom.

Would you consider supporting First Liberty’s ongoing defense of Lacey and all religious employees to stop this growing trend? Americans should NOT fear being fired from their jobs because of their faith. Stand up for your constitutional rights and tell the woke corporate mob enough is enough. 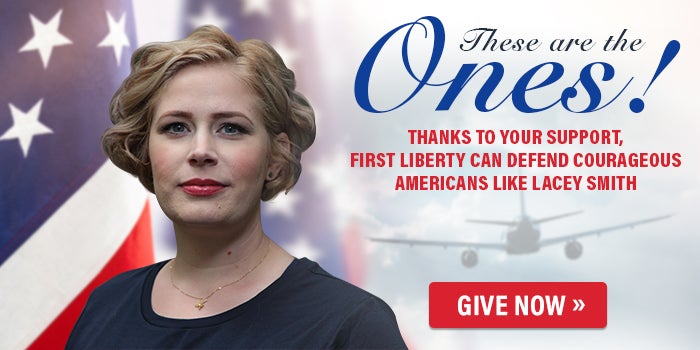