Which U.S. Senators Support, Oppose or “Flip-Flopped” on Eliminating the Filibuster? 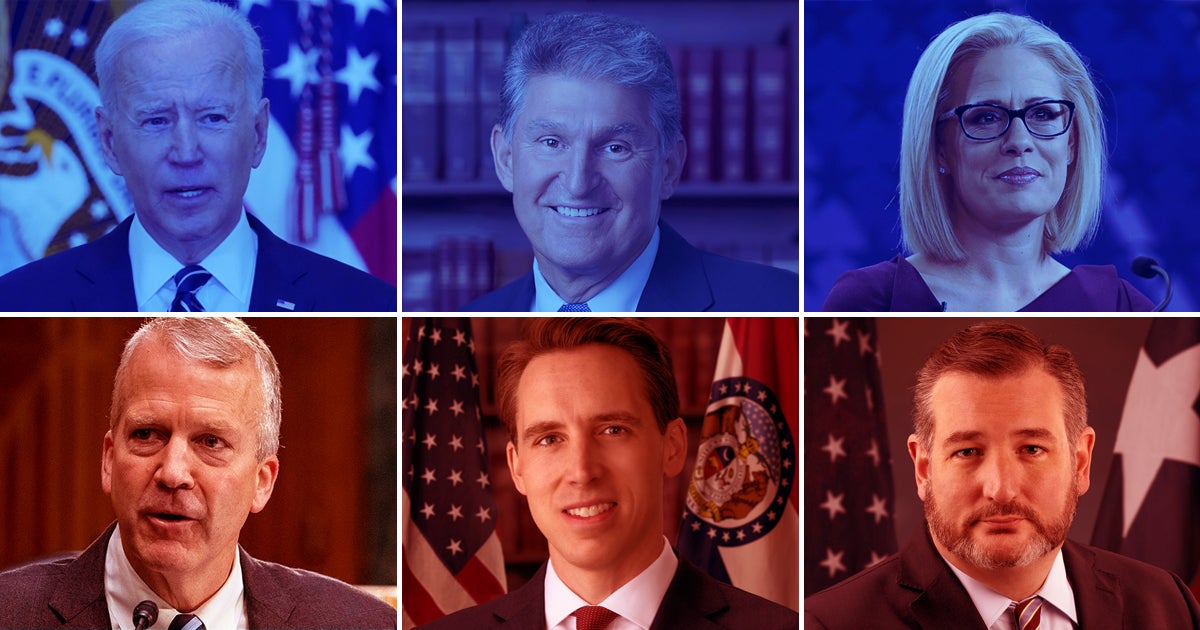 Right now, there’s a critical battle going on in Washington D.C. over the foundational principles of our nation—the values and God-given rights enshrined in the Constitution that have made America the beacon of freedom for over two centuries.

Among the many threats to our civil liberties is the push by some who want to wield their political power to eliminate the filibuster. But getting rid of this longstanding Senate norm would be disastrous. It would be the gateway to a wave of dangerous legislation, including court-packing and the so-called “Equality” Act.

Our nation’s leaders—from the President, to cabinet and administration members, to U.S. Representatives and Senators—comment on these foundational issues every day. And when it comes to the filibuster, some stand firm on protecting it, others side with the prevailing opinion of the day and some want to destroy it altogether.

With the stakes for our freedoms—including religious liberty—at an all-time high, it’s crucial that all Americans know what our nation’s decision-makers have said about eliminating or keeping the filibuster. Below is a series of notable quotes:

Recent Bipartisan Support for the Filibuster

In 2017, a vast majority of U.S. Senators from both parties—most of whom still serve in the body—signed a letter stating their commitment to preserving the rules governing debate in the Senate. Some of the signatories include Susan Collins, Chris Coons, Joe Manchin, Marco Rubio, Ben Sasse, Chuck Grassley and Tammy Duckworth: 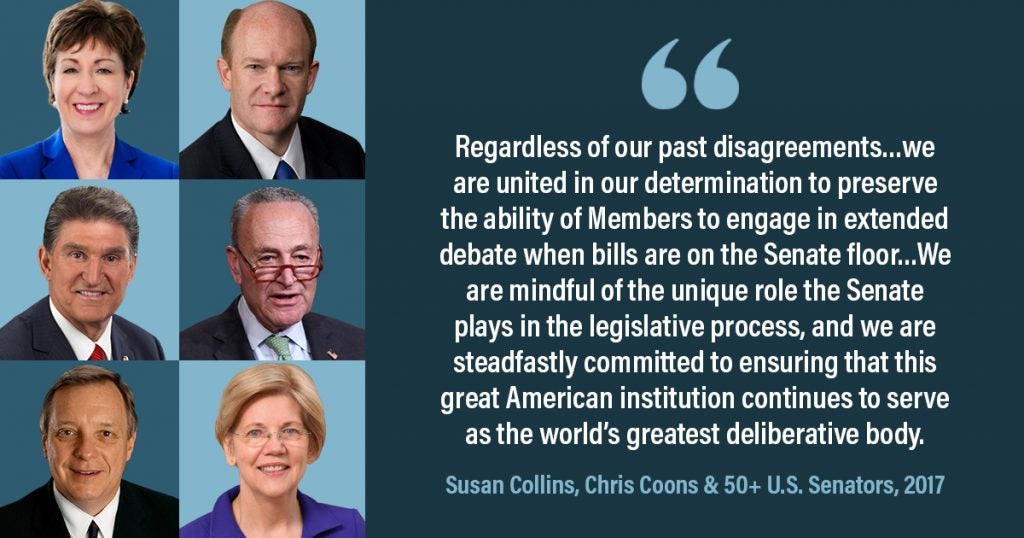 Why the Filibuster is Essential to America and Individual Liberty

The fact is there’s a foundational reason why the filibuster is part of America’s legislative process, and why it has withstood the test of time. Unlimited time for debate means that Senators of the majority party cannot do whatever they want, however they want, whenever they want.

This is consistent with the original intent of the Constitution’s Framers, who created the Senate to differ from the majoritarian rule and popular impulses of the U.S. House of Representatives.

Current attempts to eliminate the filibuster are actually attempts to fundamentally change the rules because things aren’t going the way of one political party. And what we must recognize is that if one party opts to change the rules, it could come back to haunt them the next time the opposite party wins an election or regains political power.

And, like many of these Senators have expressed, the filibuster serves as a protection against radical legislation and upholds the very foundational values of our country. It’s one of the many important defense mechanisms against threats to our freedom, including religious freedom.