Why is Next Monday So Special?

Because it’s two “national religious freedom days” in one! 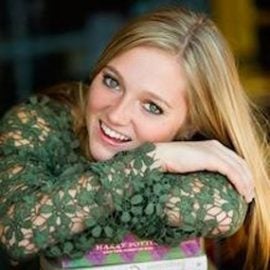 “Almighty God hath created the mind free. All attempts to influence it by temporal punishments or burthens…are a departure from the plan of the holy Author of our religion…all men shall be free to profess and by argument to maintain, their opinions in matters of religion. – Thomas Jefferson, Virginia Statute for Religious Freedom

Though not planned, it is fitting that both official days fall on the same day.

A year or so earlier, Thomas Jefferson drafted what he would later consider one of his greatest achievements, the Virginia Statute for Religious Freedom. As George Washington’s Minister to France, Jefferson was out of the country by the time his beloved statute become Virginia law. So on January 16, James Madison steered the document into the hands of the Virginia Legislature, who passed it into law.

But its impact didn’t stop at the borders of Virginia. Madison then used the statute in guiding the religious freedom protections in the First Amendment of the United States Constitution.

Be it enacted by the General Assembly, That no man shall be compelled to frequent or support any religious worship, place, or ministry whatsoever, nor shall be enforced, restrained, molested, or burthened in his body or goods, nor shall otherwise suffer on account of his religious opinions or belief; but that all men shall be free to profess, and by argument to maintain, their opinion in matters of religion, and that the same shall in no wise diminish enlarge, or affect their civil capacities. –Virginia Statute for Religious Freedom

Since 1993, National Religious Freedom Day has been recognized with a proclamation from the President of the United States and an act of Congress.

Unfortunately, National Religious Freedom Day doesn’t celebrate something we have already won. There has been an alarming increase in attacks against religious liberty throughout America.

In fact, First Liberty’s annual study, Undeniable: The Survey of Hostility to Religion in America, reported that attacks on religious freedom doubled from 2012-2015.

Now travel back in time to 1963, the year a young ordained minister, Dr. Martin Luther King Jr., delivered his famous “I have a dream” speech on the Washington D.C. mall at a critical point in the civil rights movement.

King, named after another champion of religious freedom—the Reformation’s Martin Luther—founded his political platform on spiritual principles and courageously acted on his Christian faith. For example, he required everyone involved in the Birmingham civil rights campaign to sign a pledge that promised to “walk and talk in the manner of love, for God is love.”

“If any earthly institution or custom conflicts with God’s will, it is your Christian duty to oppose it,” Dr. King said. “You must never allow the transitory, evanescent demands of man-made institutions to take precedence over the eternal demands of the Almighty God.”

THE BATTLE ISN’T OVER

If Martin Luther King Jr.’s outspoken and valiant convictions granted him a long-lasting reputation and his own national holiday, then why are Americans such as First Liberty client Eric Walsh currently being ridiculed and fired for their faith?

Too many special interests, government bodies, and even courts neglect or redefine the meaning of January 16, 1786 and the fundamental freedom of religion in every area of life. And that neglect and distortion will continue to infringe on all other rights if no one stands.

First Liberty is actively fighting on the frontlines against these attacks, representing fellow citizens like Walsh, a public health expert who was fired by the Georgia Department of Public Health because of sermons he preached as a lay minister.

America traditionally celebrates men like Walsh. And yet, the number is rapidly increasing of those who are ardently fighting against freedom of speech and religion, believing that the content preached in a pulpit defines whether you can have a job in this country or not.

This is just one example of hundreds of legal matters First Liberty sees each year.

May January 16 be a day of remembering old heroes and honoring new ones.

May America remember that religion is a key player in preserving the U.S. government with a strong moral base that allows a democratic republic to flourish rather than diminish.

May each of us actively participate in keeping religious freedom sacred and unshackled from its persecutors. As King said, and Jefferson would agree, it is in times of “challenge and controversy,” not “comfort and convenience,” that we are truly measured.

Catherine Shackelford is a junior at the University of Arkansas where she is majoring in Journalism.