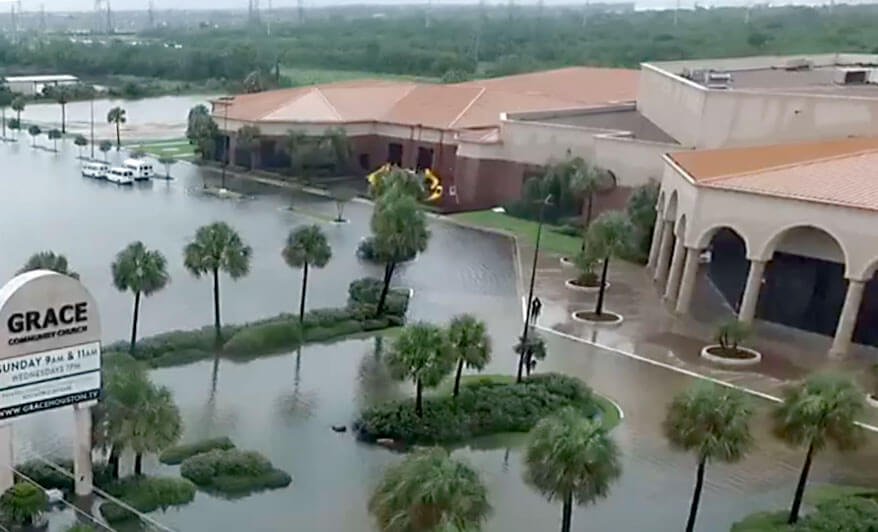 Companion legislation in the House of Representatives, HR2405, seeks to accomplish the same goal.

“Even though these organizations would otherwise qualify for FEMA’s Relief Funds, they are prohibited from applying for and receiving aid solely because of their religious status.”

The bills have been referred to committees. First Liberty is urging congressional leaders to ensure that the proposed laws get due attention rather than languishing in the legislative pipeline.

The letters to McConnell and Ryan said:

“As you are certainly aware, our country recently faced record-breaking devastation at the hands of hurricanes. Among the tens and thousands affected were hundreds, possibly thousands, of churches, temples, synagogues, and other religious organizations. Even though these organizations would otherwise qualify for FEMA’s Relief Funds, they are prohibited from applying for and receiving aid solely because of their religious status. We currently represent two churches located in Houston who sustained millions of dollars of damage to their worship facilities due to Hurricane Harvey. Undeterred from their invaluable missions, they continued to serve their devastated communities. We consider FEMA’s discrimination against religious entities like our clients to be of the utmost significance.”

FAITH COMMUNITY HELPS THE MOST . . . BUT GETS NO HELP

“When faced with devastating disasters, houses of worship need the same help as everyone else,” said Chelsey Youman, Counsel to First Liberty. “Churches, synagogues, and mosques—are the cornerstone of their communities. They are the first to respond to disasters in places like Houston and South Florida. Without aid, it’s likely they won’t be able to rebuild.”

According to the CEO of the National Voluntary Organizations Active in Disaster, nonprofit organizations, many of which are faith-based, facilitate about 80% of relief efforts following a natural disaster.

On September 10, 2017, a FEMA official told USA Today, “FEMA cannot do what it does so well without the cooperation of faith-based non-profit organizations and churches.”

THE NEXT STEP IN CORRECTING DISCRIMINATION

On September 20, after Hurricane Harvey flooded the Houston area, First Liberty sent a letter to FEMA administrator William B. “Brock” Long requesting that FEMA’s discriminatory policy against aid for faith-based institutions be corrected.

First Liberty represents Trinity Church, Church on the Rock Katy, and Grace Community Church. These churches were directly affected by Hurricane Harvey, yet they are ineligible to receive aid purely because they are churches. The total damages to these churches are staggering.

According to First Liberty, the FEMA Policy Guide misinterprets the Robert T. Stafford Disaster Relief and Emergency Assistance Act (“Stafford Act”), which mandates that the President must protect religious entities from discrimination when it comes to relief assistance.

But according to the PA Policy Guide, “[f]acilities established or primarily used for … religious … activities are not eligible” for FEMA aid. This ban on aid for religious entities is at odds with the Stafford Act, based on zero authority and is in fact unconstitutional.

The legislation proposed in Congress would correct that misapplication of the law, and clarify that discrimination against faith-based institutions must end.