All Fall Down? Why Religious Liberty Is Our Foundational Freedom 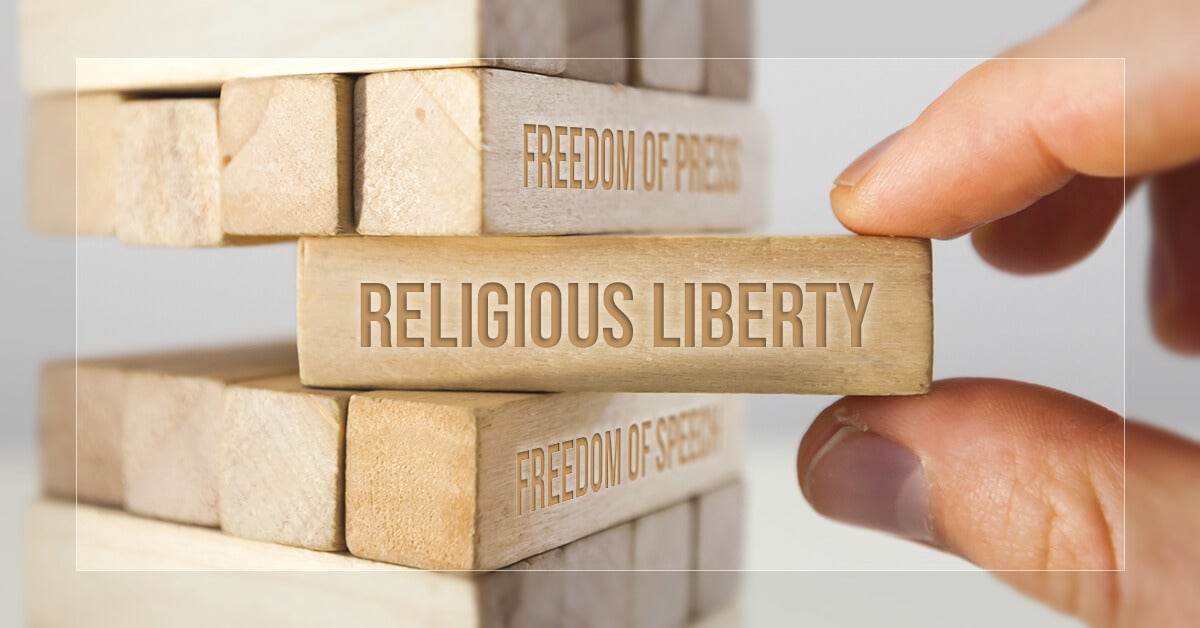 If you have young kids in the house, you’re probably familiar with the game, Jenga.
The game where pulling out bricks ultimately leads to the collapse of the entire tower, which comes tumbling down, and one player is declared the winner.

Jenga is not unlike our foundational First Freedom. Because when you pull THAT brick out, the rest soon follow. The only difference in this case, however, is that there are no winners.

Thomas Jefferson sums up the metaphor best through his all-important question: “Can the liberties of a nation be secure when we have removed their only firm basis, a conviction in the minds of the people that these liberties are the gift of God?”

More than two centuries have passed since Jefferson first asked this question. Originally published in 1781, Jefferson’s words predate the framing and final ratification of the Constitution by almost a decade, yet they already showed the link between religious liberty and every other civil liberty that was later included in the Bill of Rights.

FIRST FOR A REASON 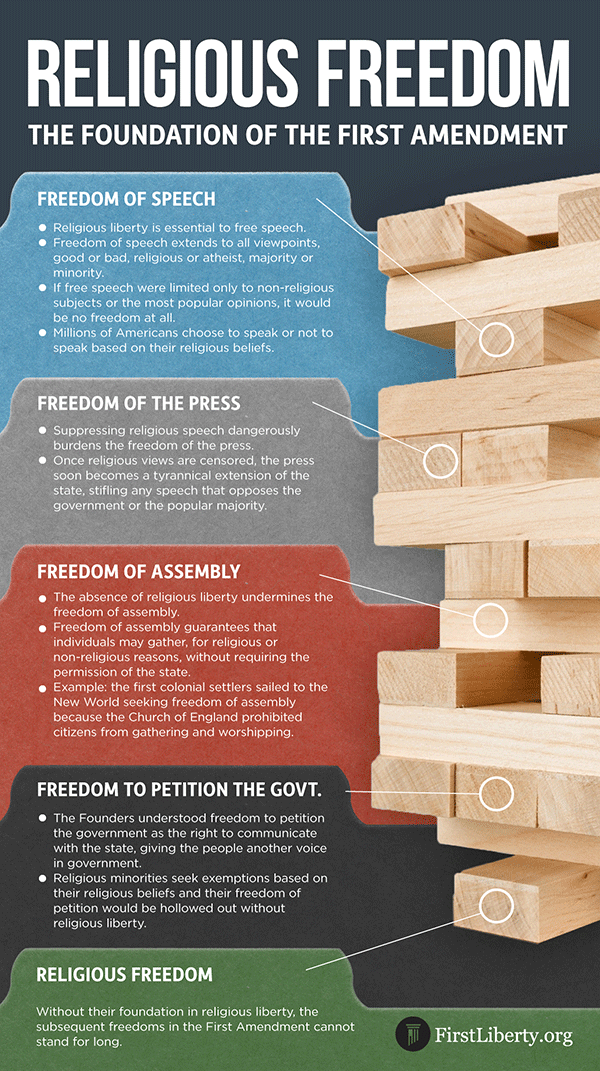 IF THE FIRST FREEDOM FALLS, OTHERS WILL SOON TOPPLE

When originally written, the First Amendment was designed not just to tolerate the plurality of religious belief, but to support and encourage its growth. And by protecting religious liberty we can help secure the four subsequent civil liberties laid out in the First Amendment.

But let’s take a step back for a moment. Remember Jefferson’s original question? As tenuous a premise as the tower of Jenga blocks, Jefferson’s question all but answers itself. If religious liberty is not preserved for Americans of all faiths, what means are left us to secure our civil liberties?

Without their foundation in religious liberty, the ensuing freedoms enumerated in the First Amendment cannot stand for long.