President Biden Opposes Court-Packing, But Will He Cave to the Radical Wing of His Party? 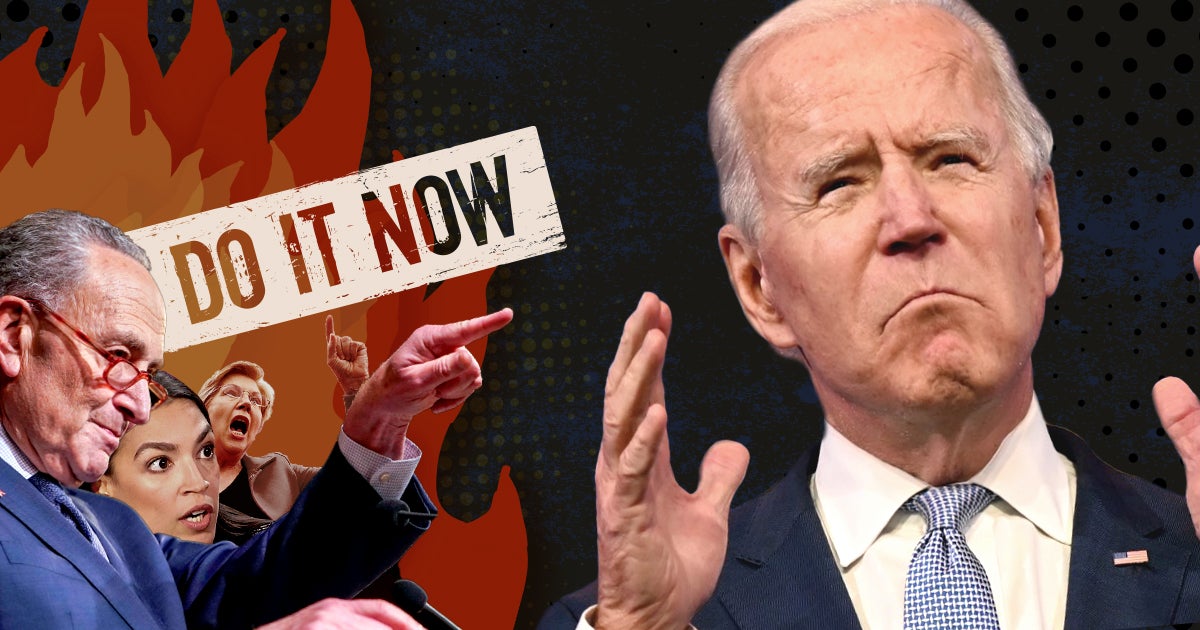 The president “does not agree with” expanding the court, Jean-Pierre told reporters.

The radical proposal to expand the Court has recently resurfaced. Those who did not like the outcome of recent decisions are fervently pushing their scheme to tilt the Court in their favor for political gain.

So far, it appears President Biden isn’t being swayed by their uproar. But to be clear, this does not mean court-packing is off the table. The fact is, stacking the Court with a slew of liberal judges remains a very real threat.

Senators including Elizabeth Warren and Ed Markey are doubling down on dangerous court “reform,” making claims such as: “A stolen, illegitimate, and far-right Supreme Court majority appears set to destroy the right to abortion…There is no other recourse. We must expand the court.” They’ve been joined by other voices including Reps. Ilhan Omar and Mondaire Jones. The latter sponsored a bill to add four seats to the Supreme Court.

Will President Biden stick to his word? Or will he cave to the pressure of extremists in his party who call for court expansion?

These are alarming percentages. They suggest that one side of the political aisle is ready to bring drastic,  and possibly irreparable changes to America’s judiciary.

But there’s hope that we can still preserve the integrity of the judiciary. Not everyone in the country is convinced that court-packing is a viable “solution.” Most Americans do not support it. The same poll found a majority of all likely voters oppose court-packing—55%.

President Biden’s opposition to court-packing echoes the position of the majority of the country. At least for now, it seems that he and the American people see eye to eye on the idea that court-packing is a “bonehead idea,” as the President once called it.

Nonetheless, the president is taking heat for his current position against court-packing.

Nancy Gertner, who served on President Biden’s commission on judicial reform, said she was “deeply frustrated” by the President’s stance. Harvard Law professor Laurence Tribe said, “I think it’s time [for Biden] to wake up.” Michael Klarman, another Harvard law professor, called Biden “hopelessly naïve.” They—and many others on the Left—argue that court-packing would pick up more steam if Biden didn’t put a damper on the idea.

Hopefully, President Biden will withstand the pressure and continue to stand for the independence of the judiciary. But if he does not, then it’s up to us––We the People—to stand up for our constitutional principles and defend the priceless heritage of the Supreme Court.

Court-packing is a brazen power grab, plain andsimple. This dangerous proposal would destroy the separation of powers by making the judicial branch another arm of the party in power. It would end the legitimacy of the U.S. Supreme Court, erode all public confidence in future court rulings and—worst of all—eradicate our cherished rights and freedoms, including religious liberty.

Court-packing must be resoundingly opposed. Standing idly by while our institutions are under attack is not an option. YOU can help by spreading the message: court-packing is the stuff of dictators, not democracies.